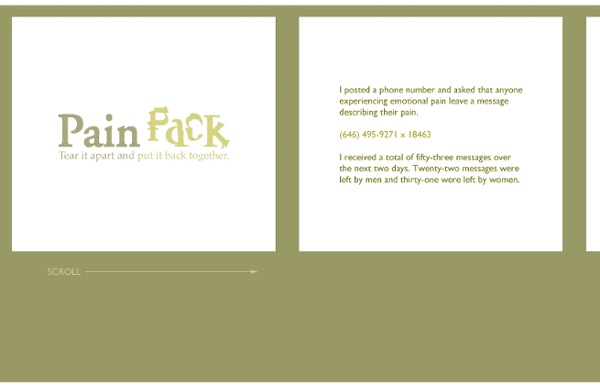 How to negotiate better than 99% of people In college, I had the opportunity to teach a “Student-Initiated Course,” or basically a course on whatever I wanted. So I got together with two of my friends and we put together a course on religious studies. Now, Stanford gave us incredible flexibility to teach essentially whatever we wanted…but the student instructors never got letter grades — it was always Pass/No Pass (everybody always passed), issued by the sponsoring professor. Until we came along. You see, I was never the smartest person in any school I attended. But I got pretty street smart over the years. We would basically write our own ticket! One of my co-instructors was amazed that I convinced the sponsoring professor to agree. But my other co-instructor hesitated. To give you some context, this guy was a PhD student in Computer Science at Stanford and had previously attended IIT, one of the most competitive technical universities in the world. “Dude,” I said, “what’s your problem? “What the hell?” I just stared at him. 1. 2.

Reactive Paint Shi Yuan has created a way to turn normally passive things into something with a life of its own. Like this wallpaper that reacts to heat, the painting that react when you touch it, or the daily calendar that fades away during the day. It is made using heat sensitive paint - and it is incredible. Heat Sensitive Wallpaper Turn up the heat and your wallpaper starts to blossom. ...and now on. A painting with feelings Show people how you feel by touching the painting. The day that simply faded away... Watch how the day slowly fades away with this calendar (Via Shi Yuan) Follow: 42Concepts

Interview Cheat Sheet Relax -- a cheat sheet is not really cheating. It's a checklist to make sure you stay focused before, during and after the interview. Creating a cheat sheet will help you feel more prepared and confident. You shouldn't memorize what's on the sheet or check it off during the interview. In the Days Before the Interview Draw a line down the center of a piece of paper. Prepare Your Interview Answers Be ready to answer common interview questions such as these: Before You Go to the Interview Do you look professional? Carry these items to the interview: Several copies of your resume on quality paper.A copy of your references.A pad of paper on which to take notes, though notes are optional.Directions to the interview site. Upon Arrival During the Interview After the Interview As soon as possible, write down what you are thinking and feeling.Later in the day, review what you wrote and assess how you did.Write an interview thank-you letter, reminding the interviewer of your qualities.

3D Paintings on Panes of Glass Using multiple layers of clear glass, Canada based David Spriggs and Chinese born Xia Xiaowan, transform flat artwork into 3D sculptures. Viewers are treated to different shifting perspectives of the works based on where they stand in the art space. Spriggs work revolves around powerful explosive imagery, often resembling storms, cosmic blasts or firework like explosions. Xiawan’s “spatial paintings,” which often feature distorted figures, are drawn individually using colored pencil on tinted glass. Only when these pieces are combined on their floor racks do the images create the whole hologram like effect. See Also INCREDIBLE 3D ILLUSTRATIONS JUMP OUT OF THE SKETCHBOOK For more on David Spriggs see his beautiful website at davidspriggs.com or for more on Xia Xiaowan see Wikipedia Above and Below: Xia Xiaowan’s distorted 3D figures Artist: Xia Xiaowan Below: David Spriggs beautiful paintings fill the room with stormy emotion. Artist: David Spriggs

Barcode Yourself by Scott Blake Barcode Yourself is a complete, interactive experience in the series of barcode art, created using the personalized data of participants. Enter an individual's gender, weight, height, age and location, and the barcode is formed using real-world data. The individualized barcode can then be printed, mapped, scanned, even depicted on a t-shirt or coffee mug. It is in scanning a barcode that the project reveals its humor, like a banner that reads: Disclaimer! It is here, within the confines of an American obsession with "worth," in which the fun begins. The data entered into Barcode Yourself takes a topsy-turvy twist to its personalized end numbers, with the exception of the hard-data that correlates with "location," which tallies up in the Gross Domestic Product of each country. The calculation an individual's BMI based on the height and weight data reveals the health of an individual, thus those considered underweight or overweight are worth less money. More info in FAQ.

32 Pictures To Help You Appreciate The Awesomeness Of Nature October 12, 2010 | 136 Comments » | Topics: Awesome, Nature Hot Stories From Around The Web Other Awesome Stories more-money-for-struggling-homeowners-smartmoney: Personal Finance News from Yahoo! Finance A new federal program is offering aid with a sweet kicker: It doesn't need to be repaid. For the roughly four million homeowners who have fallen behind on their mortgage payments, the federal government is offering yet another remedy: free money to catch up on their loans. The effort, called the Emergency Homeowners Loan Program, is the latest in the federal government's efforts to slow down the flood of foreclosures a necessary step to a meaningful recovery in the housing market, says a Department of Housing and Urban Development official. For people who have lost their jobs, the $1 billion program offers loans of up to $50,000 that don't actually need to be repaid, if applicants meet certain requirements. The goal, says HUD, is to offer short-term aid to people who look like they'll be back on their feet soon. But critics say the loans may leave homeowners worse off in the long run. But some critics say that's where help for consumers ends. Others say the program doesn't go far enough.

Books of Adam Ikea Science Fiction by Susana Polo | 11:53 am, May 9th, 2011 I could make some joke here about how Ikea directions always make me feel like I’m expected to build something that’s bigger on the inside, but I actually have never had that much trouble following Ikea directions THERE I SAID IT. Seriously, if you’ve ever put together some Lego sets, you already have all the experience you need. No, the problem I always seem to have is with the furniture where you have to pick up extra parts that aren’t expressly mentioned all over the boxes of the parts you already have, and I find that I’ve left a vital element of a bed, like the bits that hold up the mattress, at the warehouse. (via College Humor.)

How to be a Hipster Hipster is a slang term that first appeared in the 1940s, and was revived in the 1990's and 2000's to describe types of young, recently settled urban middle class adults and older teenagers with interests in non-mainstream fashion and culture, particularly indie-rock, independent film, magazines such as Vice and Clash, and websites like Pitchfork Media.[1] In some contexts, hipsters are also referred to as scenesters. Do you want to be a Hipster? Do you wish you could join those sparkling beautiful people that you see pedaling past your house? Well, throw your TV's away, buy yourself a sturdy canvas bag, talk about joining the Peace Corp and read this short guide on becoming what you've always dreamed of: A Hipster. There's an art to finding acceptable Hipster clothing. If you live in a particularly hipster-infested area of the country like I do, and the thrift stores are all picked over, there are other options. I suppose you will have to settle for Urban Outfitters. a. b. c. 1. 2. 3.