Stop Typing Like An Idiot: Top 10 Hidden iPhone Keyboard Tricks. Cookies are Not Accepted - New York Times. iOS 8 Lets You Replace Your iPhone Or iPad's Keyboard – Here's How. Advertisement The next iteration of Apple’s mobile operating system is upon us, and it brings all kinds of improvements. 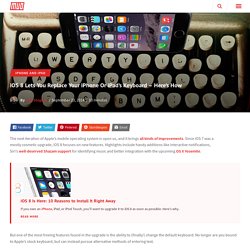 Here's why. Read More But one of the most freeing features found in the upgrade is the ability to (finally!) We’ve taken a good look at what’s available at this early stage, and how to get them set up. Installing The Keyboards. Fix Bad Autocorrect Entries & Train Your iPhone to Spell Properly. Advertisement Is your AutoCorrect a piece of ducking shiv? 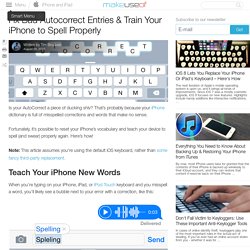 That’s probably because your iPhone dictionary is full of misspelled corrections and words that make no sense. What Google’s ‘Gboard’ can do that your iPhone’s normal keyboard can’t. A composite image of Gboard. 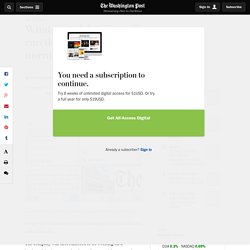 (Hayley Tsukayama/The Washington Post) Google has released a new keyboard app, just for the iPhone, called Gboard. The company was first rumored to be working on a keyboard for iOS a couple of months ago, with a report from the Verge saying that it would include a variety of built-in search functions. [Why Google would care about making a keyboard for the iPhone] The app released Thursday delivered on those promises, with quite a few features that aren't around on the standard iPhone keyboard. The Web search results can be particularly useful if you're trying to send a link to someone. Gboard also lets you swipe between letters to type, which can really speed up word processing on your phone. Business technology the-switch true The Switch newsletter The day's top stories on the world of tech. Gboard's privacy policy says that Google will not send anything you type -- apart from searches, that is -- back to Google. 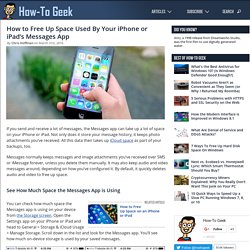 Not only does it store your message history, it keeps photo attachments you’ve received. All this data then takes up iCloud space as part of your backups, too. Messages normally keeps messages and image attachments you’ve received over SMS or iMessage forever, unless you delete them manually. It may also keep audio and video messages around, depending on how you’ve configured it. By default, it quickly deletes audio and video to free up space. See How Much Space the Messages App is Using. What is iCloud Drive & How Does it Work?

Advertisement Apple provides you with 5GB of free iCloud storage when you register an Apple ID, which isn’t much considering how expansive the service has become. 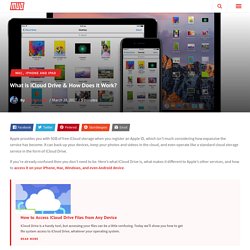 It can back up your devices, keep your photos and videos in the cloud, and even operate like a standard cloud storage service in the form of iCloud Drive. Accidentally Deleted Your WhatsApp Chat History? Here's How To Get It Back. Advertisement Touchscreen devices are great, but can also be frustrating. 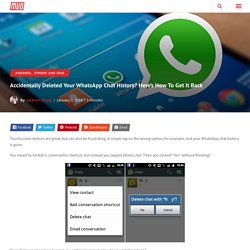 A simple tap on the wrong option, for example, and your WhatsApp chat history is gone. You meant to hit Add a conversation shortcut, but instead you tapped Delete chat. Then you clicked “Yes” without thinking! Your chats are gone now. leaving you without a record. How to Retrieve Deleted WhatsApp Messages from iCloud – iMobie Inc. How to Restore WhatsApp Messages from iCloud WhatsApp is a cross-platform instant messaging app, which allows users to chat with friends, family, and workmates anytime and anywhere. 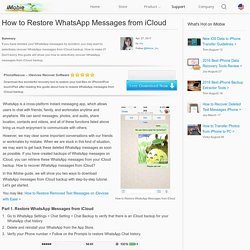 We can send messages, photos, and audio, share location, contacts and videos, and all of these functions listed above bring us much enjoyment to communicate with others. However, we may clear some important conversations with our friends or workmates by mistake. When we are stuck in this kind of situation, we may want to get back these deleted WhatsApp messages as soon as possible. Search for 'ios' - wikihow. How to Take a Screenshot With an iPad: 6 Steps. Community Tested. 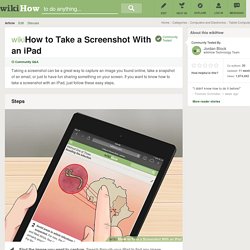 iPad Mini Tip #1 : How to turn on / off WiFi, Bluetooth, and Airplane Mode. iPad Mini Tip #2: How To Use Gestures. Reset iPhone to Factory Settings. iPhone Calls Sound Weird? Try Turning Off Phone Noise Cancelation in iOS. A feature called “Phone Noise Cancellation” was introduced to the iPhone with iOS 7 which aims to reduce background ambient noise when on a phone call, but for some users it can sound strange and make their phone calls sound weird, or worse. 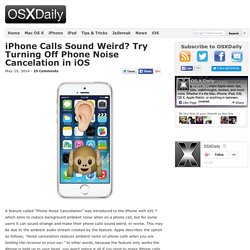 This may be due to the ambient audio stream created by the feature. Apple describes the option as follows, “Noise cancelation reduces ambient noise on phone calls when you are holding the receiver to your ear.” Best iPhone Apps.