Why Some Countries Are Poor and Others Rich 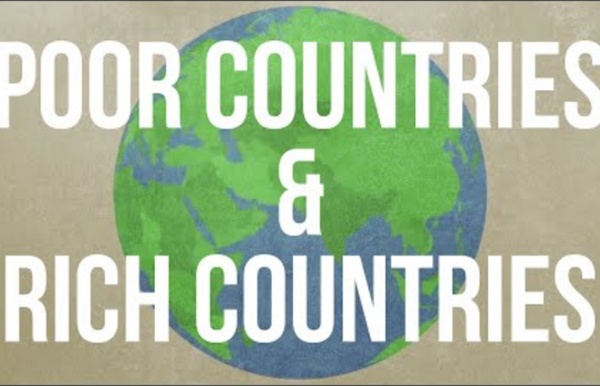 Where did English come from? - Claire Bowern There are two other TED-Ed lessons related to this topic: How languages evolve and How did English evolve? (a lesson that fills in some of the details that we omit here due to the fact that the focus of this lesson was further in the past). There is still a great deal of debate about Indo-European, most importantly about the location of the homeland. To read more about this debate, there are classic books by Mallory and Renfrew, as well more recent works by Anthony. Literacy In The Digital Age Editor’s Note: Teaching Channel has partnered with Student Achievement Partners on a blog series about digital literacy tools and their effective use by educators. The majority of the tools mentioned in this post and the four earlier posts in our series, transform the student experience from passive consumers of information to active creators of content, employing multiple English Language Arts standards and skills along the way. We firmly believe this ought to be the new norm in the modern classroom. Kids have access to information; we must teach them how to navigate a world constantly evolving where content is at their fingertips. The traditional application of ELA isn’t enough for future-ready learners.

Income inequality and why our cities are a vital part of the solution PARIS, WASHINGTON, DC – We live in turbulent times, and popular discontent with the status quo is mounting. The reasons for popular frustration vary from country to country, but the common thread everywhere is a growing sense that the economy is rigged in favor of the few. Indeed, the gains from economic growth are increasingly going to the very highest earners. Chile's protests show economic growth is not enough It all started with a protest over rising subway fares. Now Chile is in the grip of violent demonstrations about the entire economic system. The grievances include the rising cost of higher education, healthcare, transportation, as well as the small pensions of retirees. Other Latin American countries’ populations are protesting, too, but Chile is surprising because it is Latin America’s economic success story. It has a sizable middle class, and has emerged as a middle-income country. It’s even a member of the club for rich countries, the Organization for Economic Cooperation and Development.

IDEA International Dialects of English Archive For all you dialecticians, actors, linguists, and just plain language enthusiasts, let’s see if you can identify the home country (or, for the United States, Canada, and China, the state/province) of the following subjects from their accent or dialect. Take a listen, make your best guess, and then click the link under each audio clip to be taken to the sample you just heard. On that sample page, you will be able to read the biography of the subject, hear the person’s unscripted speech, and read the transcription. 1.Audio Player

10 lifesaving websites for ESL teachers Lisa has asked me for some recommendations regarding useful sites for EFL teachers and I’m happy to make a little compilation of the places I visit most often to find ideas, inspirations, betimes lesson plans if I feel exceptionally lazy (The Liberation of the Garden Gnomes by Peter Vahle is just shiny!) and share them with you. So, here we go – my ten favourite websites: Wealth Divides Is income inequality improving? Unfortunately, no. Nationwide, income inequality is greater now than it was before the great recession.

If Chile Can Erupt Over Inequality, Anywhere Can Until just a few days ago, Chile probably looked to most people like the most stable country in Latin America, and the least likely to erupt in massive social unrest. Few if any countries in the region have experienced decades of economic growth and an expansion of the middle class, alongside reliably fair and competitive elections. And yet last week, the streets of Santiago became the scene of violent clashes between thousands of protesters and security forces, leaving more than a dozen people dead and hundreds arrested.