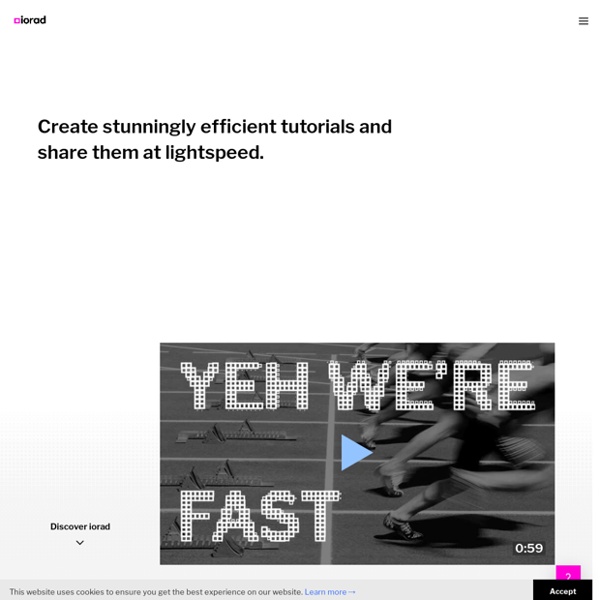 GCHQ presents CyberChef, an Open Source Data Analysis ToolSecurity Affairs Open data are a privileged source for intelligence agencies, almost any government is largely investing in technology to analyze them. Recently the British intelligence Agency, the Government Communications Headquarters (GCHQ), has launched a new open source web tool specifically designed for analyzing and decoding data. The tool dubbed CyberChef has been presented by the GCHQ as the “Cyber Swiss Army Knife.” Iris is an AI to help science R&D Most startups have a pitch. The team behind Iris AI has two: right now they’ve created an AI-powered science assistant that functions like a search tool, helping researchers track down relevant journal papers without having to know the right keywords for their search. But in future their big vision is their artificially intelligent baby grows up to become a scientist in her own right — capable of forming and even testing hypotheses, based on everything it’s going to learn in its science research assistant ‘first job’ role. Such is the multi-stage, big picture promise of artificial intelligence.

DocuScope-Department of English What is DocuScope? DocuScope is a text analysis environment with a suite of interactive visualization tools for corpus-based rhetorical analysis. The DocuScope Project began in 1998 as a result of collaboration between David Kaufer and Suguru Ishizaki at Carnegie Mellon University. David created what we call the generic (default) dictionary, consisting of over 40 million linguistic patterns of English classified into over 100 categories of rhetorical effects. Suguru designed and implemented the analysis and visualization software, which can annotate a corpus of text against any dictionary of regular strings that are classified into a hierarchy of rhetorical effects. While we designed DocuScope as a tool for rhetorical analysis, we also found that it was extremely effective for developing the dictionary in a systematic fashion.

Caving - Wikipedia Stephens Gap, a vertical cave in Alabama. Caving — also traditionally known as spelunking in the United States and Canada and potholing in the United Kingdom and Ireland — is the recreational pastime of exploring wild (generally non-commercial) cave systems. In contrast, speleology is the scientific study of caves and the cave environment.[1] Wikipedia:How to read an article history - Wikipedia This page on how to read an article history is intended as an aid to people who are researching with Wikipedia. Experienced Wikipedians often glean a great deal about articles from looking at the page history and following up to the individual edits that make up that history. This page describes some of these tricks of the trade. The suggestions here apply mostly to substantive articles with a number of contributors.

Interlingua The name Interlingua comes from the Latin words inter, meaning between, and lingua, meaning tongue or language. These morphemes are identical in Interlingua. Thus, Interlingua would be "between language", or intermediary language. Rationale[edit] The expansive movements of science, technology, trade, diplomacy, and the arts, combined with the historical dominance of the Greek and Latin languages have resulted in a large common vocabulary among European languages.