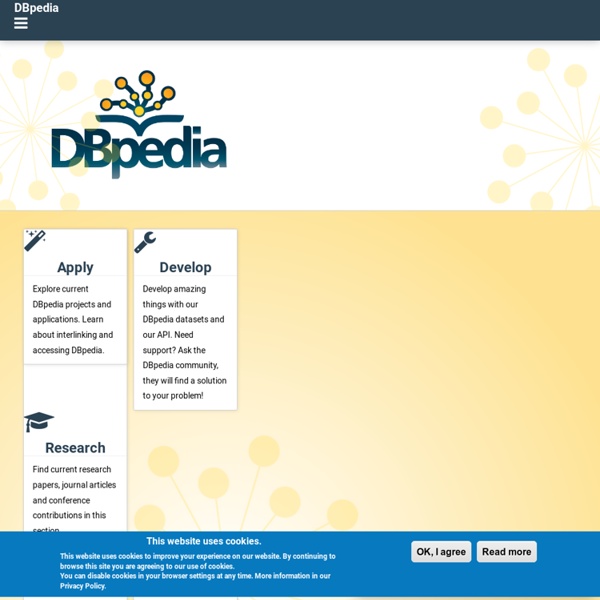 OntoWiki — Agile Knowledge Engineering and Semantic Web CubeViz -- Exploration and Visualization of Statistical Linked Data Facilitating the Exploration and Visualization of Linked Data Supporting the Linked Data Life Cycle Using an Integrated Tool Stack Increasing the Financial Transparency of European Commission Project Funding Managing Multimodal and Multilingual Semantic Content Improving the Performance of Semantic Web Applications with SPARQL Query Caching voiD.rkbexplorer.com Great Britain Historical Geographical Information System (GBHGIS) | Great Britain Historical Geographical Information System (GBHGIS) The Great Britain Historical Geographical Information System is a unique digital collection of information about Britain's localities as they have changed over time. Information comes from census reports, historical gazetteers, travellers' tales and historic maps assembled into a whole that is much more than the sum of its parts. This site tells you more about the project itself and about historical GIS. A separate website, created by funding from the UK National Lottery and extended and re-launched with funding from the Joint Information Systems Committee, makes this resource available on-line to everyone, presenting our information graphically and cartographically.

(사)오픈소스진흥협회 Upper ontology - Wikipedia A number of upper ontologies have been proposed, each with its own proponents. Library classification systems predate upper ontology systems. Though library classifications organize and categorize knowledge using general concepts that are the same across all knowledge domains, neither system is a replacement for the other. Development[edit] Any standard foundational ontology is likely to be contested among different groups, each with their own idea of "what exists". No particular upper ontology has yet gained widespread acceptance as a de facto standard. Another important factor leading to the absence of wide adoption of any existing upper ontology is the complexity. To solve this problem some genuinely top level ontologies have been developed, which are deliberately designed to have minimal overlap with any domain ontologies. Arguments for the infeasibility of an upper ontology[edit] Historically, many attempts in many societies[which?] Those[who?] Most proponents[who?] Advocates[who?]

Tutorial 4: Introducing RDFS & OWL Next: Querying Semantic Data Having introduced the advantages of modeling vocabulary and semantics in data models, let's introduce the actual technology used to attribute RDF data models with semantics. RDF data can be encoded with semantic metadata using two syntaxes: RDFS and OWL. After this tutorial, you should be able to: Understand how RDF data models are semantically encoded using RDFS and OWLUnderstand that OWL ontologies are RDF documentsUnderstand OWL classes, subclasses and individualsUnderstand OWL propertiesBuild your own basic ontology, step by stepEstimated time: 5 minutes You should have already understood the following tutorial (and pre-requisites) before you begin: Tutorial 3: Semantic Modeling In the last lesson, we compared some of the more popular traditional forms of modeling data with the semantic model, and then introduced a situation where data sharing was enhanced and made significantly easier by using a semantic web approach. 4.1 A Starting Example 01. 08. 09. 10. 11.

NYT Developers Wikidata GeoWordNet MooWheel: a javascript connections visualization library View the project on Google Code 06.29.2008 version 0.2 now available! get it. What's new? Looking for version 0.1 instead? The purpose of this script is to provide a unique and elegant way to visualize data using Javascript and the <canvas> object. This script requires three libraries to support it. MooWheel only requires 2 arguments to create a basic wheel graph. new MooWheel(dataArray, canvasElement); The canvas element can be passed as either an element reference or an id string. Note: In this context, the first argument (the data parameter), doesn't matter. Each item that has an "imageUrl" will have that image preloaded, and then added to the wheel when it is drawnIn terms of options, there are a number of options available that allow you to change the way the graph is generated and displayed: Using MooWheel is very simple and extremely easy. Next, you create an array of items for the connections: Then you add a container for the canvas tag to the body of your document: