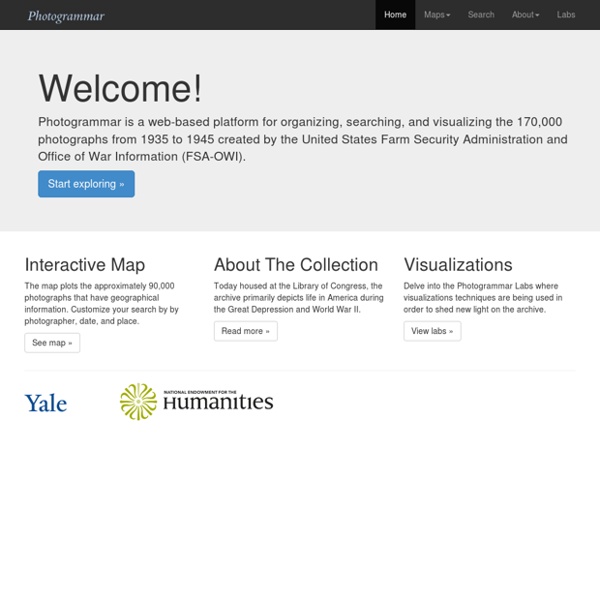 A Brief Introduction to Spatial Regression Spatial Regression: A Brief Introduction Eugene Brusilovskiy Outline Review of Correlation OLS Regression Regression with a non-normal dependent variable Spatial Regression Correlation Defined as a measure of how much two variables X and Y change together Dimensionless measure: A correlation between two variables is a single number that can range from -1 to 1, with positive values close to one indicating a strong direct relationship and negative values close to -1 indicating a strong inverse relationship E.g., a positive correlation between income and years of schooling indicates that more years of schooling would correspond to greater income (i.e., an increase in the years of schooling is associated with an increase in income) A correlation of 0 indicates a lack of relationship between the variables Generally denoted by the Greek letter ρ Pearson Correlation: When the variables are normally distributed Spearman Correlation: When the variables aren't normally distributed

About The Library of Congress Yes. We really are THE Library of Congress. We invited your tags and comments and you responded. Wow, did you respond! Thank You. The identifying information is appreciated--many of our old photos came to us with very little description. See Berlin Before and After World War II in Startling Color Video Beautiful city, shame about all those Nazis. Yes, this color newsreel above shows Berlin in 1936 as it gets ready to welcome the world for the Olympic Games. It’s a PR film meant to show the upside of the Reich, as Germans looked forward to a “better future”, and indeed the city looks just as gorgeous and exciting as other bustling European metropolises.

Civil Works Administration Photographs Home » Civil Works Administration Photographs The New Deal under President Franklin Delano Roosevelt attempted to provide recovery and relief from the Great Depression by the establishment of a number of emergency relief programs. The Civil Works Administration was a subdivision of the Federal Emergency Relief Administration which provided work relief for a large number of men during the winter of 1933 and 1934. Indicators of spatial association Indicators of spatial association are statistics that evaluate the existence of clusters in the spatial arrangement of a given variable. For instance if we are studying cancer rates among census tracts in a given city local clusters in the rates mean that there are areas that have higher or lower rates than is to be expected by chance alone; that is, the values occurring are above or below those of a random distribution in space. Global spatial autocorrelation[edit]

Science and Imagination: Full Steam(punk) Ahead with Primary Sources Collecting cards with pictures of events in ballooning history from 1795 to 1846 Lately we’ve been oohing and aahing over the new Library of Congress online exhibition Finding Our Place in the Cosmos and sharing new science-related teaching resources with you. Happily, thinking about other worlds isn’t just for science class! As seen in a recent blog post on 300 years of imaginary spaceships, not only scientists but writers and artists have been imagining fantastic possibilities for centuries. Today, many authors, artists, filmmakers, and fashion designers are exploring something called “steampunk.” Though definitions of steampunk may vary, the genre was inspired by the inventiveness of the Victorian era: think balloons, steam ships, locomotives, and diving bells.

Charles W. Cushman Photograph Collection >> Project Information Planning Grant Proposal Our successful grant proposal funded by the Institute of Museum and Library Services (IMLS). Slide Preservation Report (PDF file)A report outlining recommendations for preserving the original slides in the Cushman collection. Press Geospatial Historian What is Historical Geographic Information Systems (HGIS)? HGIS is a historical methodology that uses Geographic Information Systems (GIS) database and mapping software to analysis spatial change over time. For some historians this involves exploring the spatial dimensions of quantitative data, such as census demographic statistics or infant mortality rates, to identify patterns and see how they changed. Others use the software to give digital scans of historical maps their real world coordinates and then digitize features, such as railway lines or factories. In many cases historians use a combination of the two methods.

Primary Sources in Science Classrooms: Dimensions of Water Quality This post was co-written by Trey Smith, the Library of Congress 2015-16 Science Teacher in Residence, and June Teisan, 2014-15 Albert Einstein Distinguished Educator Fellow. Throughout history, humans have devised methods for transporting, testing, and transforming water, a limited natural resource. Examining historical primary sources invites students to grapple with the local, global, social, political, and scientific dimensions of water. Begin a unit on water with this 1828 political cartoon from London. Irritating pseudo-populism, backed up by false statistics and implausible speculations - Statistical Modeling, Causal Inference, and Social Science Tyler Cowen links to this article by Matt Ridley that manages to push all my buttons. Ridley writes: Drawing a direct analogy with the effect of vouchers in the education system, Messrs. Seeman and Luciani suggest “healthy-living vouchers” that could be redeemed from different (certified) places–gyms, diet classes, vegetable sellers and more. Education vouchers, they point out, are generally disliked by rich whites as being bad for poor blacks–and generally liked by poor blacks.

Primary Sources in Science Classrooms: Invasive Species and Historic Newspapers from Chronicling America This post was written by Trey Smith, the Library of Congress 2015-16 Science Teacher in Residence. Lionfish and tumbleweed and boars! Oh my! Invasive species overtake both ecosystems and news headlines. Hanami zuki - digital file from original print The Library of Congress does not own rights to material in its collections. Therefore, it does not license or charge permission fees for use of such material and cannot grant or deny permission to publish or otherwise distribute the material. Ultimately, it is the researcher's obligation to assess copyright or other use restrictions and obtain permission from third parties when necessary before publishing or otherwise distributing materials found in the Library's collections.

Geocoding Data for Spatial Management, Standardization, and Visualization (Facilitated) This e-course will be designed based on trainings conducted in OAP implementing partner countries, including Bolivia, Kenya, and Sierra Leone. It will also leverage the expertise, knowledge and research of our official OAP partners such as the African Development Bank, DFID, Development Gateway, and AidData. For instance, OAP’s partnership with AidData and Development Gateway has already provided valuable insights on content and modular structuring of OAP training activities. This e-course would be open to the general public and internal staff in the World Bank Group, although targeted specifically to OAP partners operating in fragile and conflict-affected states where travel is restricted. The e-course will facilitate knowledge exchange between data suppliers and users through interactive course content, facilitated learning, and relevant case studies. By the end of the e-course, participants will be able to: