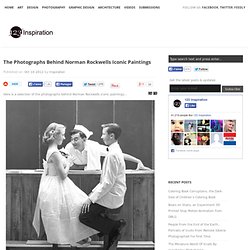 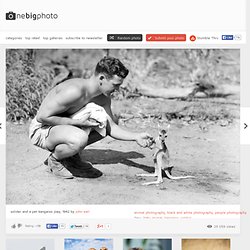 D-Day (6/6/1944) American GIs inspect an overturned German tank (1944) William E. Thomas & Joseph Jackson of the 333rd Field Artillery Battalion [colorized] (1944/5) Otto Frank returns to the attic he hid in during WWII (1945) German soldiers watch Holocaust footage (1945) US Marines look over Iwo Jima from atop Mt. Suribachi (2/25/1945) Flight attendant on Air India on a Delhi-Bombay flight (1946) Marilyn Monroe modeling on the beach (1946) The real life models for Classic Pin-Up paintings. A series of comparisons between the classic pinup girls and photos that have served as models for achieving them;) via. 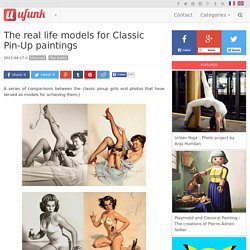 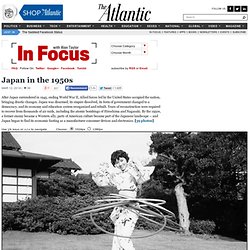 Japan was disarmed, its empire dissolved, its form of government changed to a democracy, and its economy and education system reorganized and rebuilt. Years of reconstruction were required to recover from thousands of air raids, including the atomic bombings of Hiroshima and Nagasaki. By the 1950s, a former enemy became a Western ally, parts of American culture became part of the Japanese landscape -- and Japan began to find its economic footing as a manufacturer consumer devices and electronics. [39 photos] Use j/k keys or ←/→ to navigate Choose: A young Japanese woman in a kimono takes part in the Hula-Hoop craze that swept America and Japan in this October 30, 1958, picture. 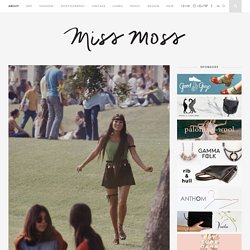 No indeed! These are high school fashions in 1969 photographed by arthur shatz for life magazine. Subscribe to posts via Email arthur shatzFashionhigh school fashionlife magazinelife magazine archivessixtiesVintage Wednesday 20 April, 2011 Previous Post Next Post You Might Also Like Turned Out by Maya Thursday 17 November, 2011 glee Monday 31 May, 2010 creatures of comfort Tuesday 6 April, 2010. Accidental photo of a man falling to his death (1970) Cambodian solider treated in a make-shift operating room [colorized] (1970) Newly freed POWs in Vietnam (2/12/1973) 66 Amazing Behind the Scenes Pictures from Star Wars. Writen by Bogdan / Comments Off on 66 Amazing Behind the Scenes Pictures from Star Wars Star Wars is one of the most popular movie in the history, with millions of fans worldwide. 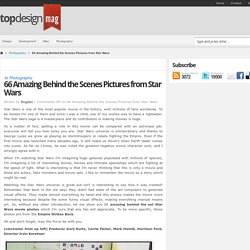 To be honest I’m one of them and since I was a child, one of my wishes was to have a lightsaber. The Star Wars saga is a masterpiece and its contribution in making movies is huge. As a matter of fact, getting a role in this movie can be compared with an astronaut job: everyone will tell you how lucky you are. Star Wars universe is extraordinary and thanks to George Lucas we grew up playing as stormtroopers or rebels fighting the Empire. When I’m watching Star Wars I’m imagining huge galaxies populated with millions of species; I’m imagining a lot of interesting stories, heroes and intricate spaceships which are fighting at the speed of light.

Watching the Star Wars universe is great but isn’t is interesting to see how it was created? Oh and don’t forget, may the Force be with you. “Giant” space slug Meeting Mr. The Eruption of Mt. St. Helens (1980)