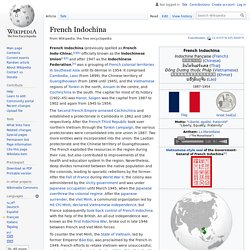 History[edit] First French interventions[edit] European involvement in Vietnam was confined to trade during the 18th century. Ong tao. Ông Táo also known as Mandarin Tao (Táo quân, 灶君) or the Kitchen God is regarded in Vietnamese culture as the advocate of the Vietnamese family with the gods and the emissary between heaven to earth. 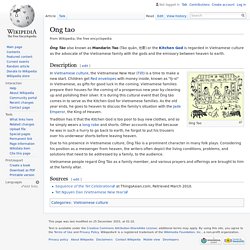 Description[edit] In Vietnamese culture, the Vietnamese New Year (Tết) is a time to make a new start. Children get Red envelopes with money inside, known as "lỳ-xì" in Vietnamese, as gifts for good luck in the coming. Vietnamese families prepare their houses for the coming of a prosperous new year by cleaning up and polishing their silver. It is during this cultural event that Ông táo comes in to serve as the Kitchen God for Vietnamese families.

Tradition has it that the Kitchen God is too poor to buy new clothes, and so he simply wears a long robe and shorts. Due to his presence in Vietnamese culture, Ông Táo is a prominent character in many folk plays. Vietnamese people regard Ông Táo as a family member, and various prayers and offerings are brought to him at the family altar. Bầu cua cá cọp. The game bầu cua cá cọp (bầu cua cá cọp "squash-crab-fish-tiger") is a Vietnamese gambling game using three dice.[1][2] The six sides of the die, instead of showing one to six pips, have pictures of a fish, a prawn, a crab, a rooster, a calabash gourd, and a stag. 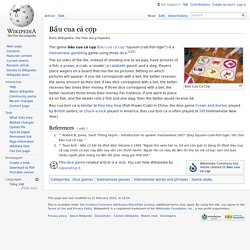 Jump up ^ Robert B. Nguyễn Huệ. Nguyễn Huệ (Hán tự: 阮惠), also known as Emperor Quang Trung (光中) (born in Bình Định in 1753, died in Phú Xuân on 16 September 1792), was the second emperor of the Tây Sơn dynasty of Vietnam, reigning from 1788 until 1792.[1] He was also one of the most successful military commanders in Vietnam's history, [2] though he was known to have attained these achievements by ruthless, massive killing of especially the entire Nguyen lords families and thousands of civil Chinese residing then in southern Vietnam, not his real enemy, the Qing dynasty of China. 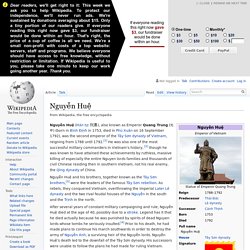 Nguyễn Huệ and his brothers, together known as the Tây Sơn brothers,[3] were the leaders of the famous Tây Sơn rebellion. As rebels, they conquered Vietnam, overthrowing the imperial Later Lê dynasty and the two rival feudal houses of the Nguyễn in the south and the Trịnh in the north. After several years of constant military campaigning and rule, Nguyễn Huệ died at the age of 40, possibly due to a stroke. 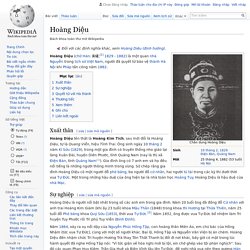 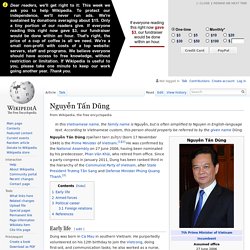