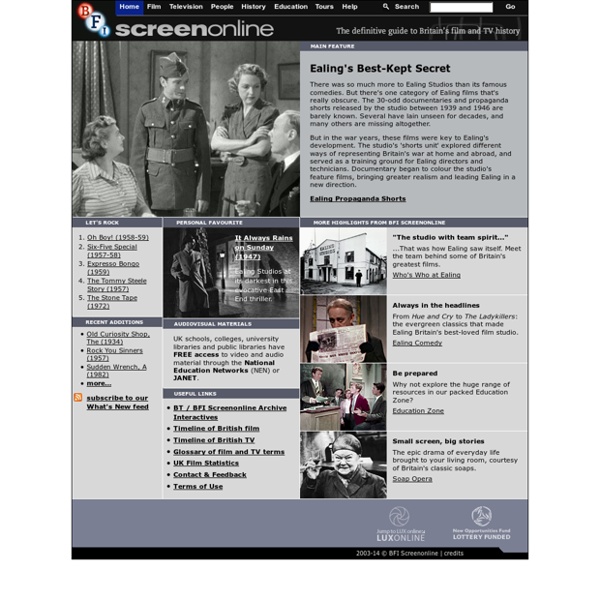 Rock's Backpages The Film Trailers Shed The Legend of Tom Trueheart Although this is not a film trailer, (it is a book trailer) I think this is the best place for this to go. "Tom Trueheart must rescue his six brothers and their Princess brides from the Land of Dark Stories." A stunning opening scene zooms through the pine needles and falling snow to zoom in on the hero of our story, Tom."He has a special sword, He has courage, He has purpose, There is only one problem, he is the size of a thumb." La Luna - Trailer from Pixar La Luna is a new animated short film from Pixar that will be shown in Cinemas before lasts weeks 'Resource of the Week' Brave. Brave - Pixar I have used this trailer in Y5 over the course of a week.Firstly without the voice-over, I ask the children to write descriptions of the hero, the landscape and the bear.

Theory Test Pro Theory Test Pro is a highly realistic online simulation of the UK's driving theory tests for all vehicle categories. It contains all the official test questions licensed from the DSA, the people who set the tests. Unlimited access to all the official questions from the DSA in the same format as the official test Includes online version of Highway Code Realistic hazard perception video simulations Access to test banks for car, motorcycle, passenger carry vehicle and heavy goods vehicle categories Machine translation into over 40 different languages Speech-enabled tests so you can listen to questions Resources for teachers This page is regularly updated with new education resources on topics including film and media studies, modern foreign languages, history and English. KS4 Film Studies: Close Up – Attack the Block Free resources for students and teachers. Find out more KS5 Film Studies: Close Up – Bonnie and Clyde KS5 Film Studies: Close Up – Casablanca KS5 Film Studies: Close Up – German Expressionism KS5 Film Studies – La Haine schools resources Two lesson plans, ready-to-use slide decks with associated clips and worksheets, plus a video essay. Black Star in the classroom A collection of teaching resources for a range of subjects, inspired by the BFI’s Black Star season. Victorian film in the classroom Lesson ideas and resources for History, English Literature and Language KS3 and 4, inspired by our extensive free collection of Victorian film on BFI Player. Sci-fi in the classroom Time travel through film history, with our top 10 must-see titles for young people. Gothic in the classroom Screening Languages

Childlink BPC website - LRCs The Learning Resources Centres or LRCs are comfortable and friendly information centres which provide access to a wide range of services and facilities for both students and staff. If you are a student at The Bournemouth & Poole College you are automatically entitled to use any LRC. We have three Learning Resources Centres - Lansdowne LRC, North Road LRC and Constitution Hill LRC. Each LRC holds the resources for subject areas taught on their respective site. All LRCs are open five days per week. The LRCs are here to help you successfully complete your course of study. Resources available to borrow include books, magazines, DVDs - use the library catalogue to help you find what you need! It is also possible to reserve items from any college LRC, just ask a member of LRC staff if you would like to use this service or reserve online via the library catalogue. We welcome your ideas and suggestions to help us improve the services and resources we offer.