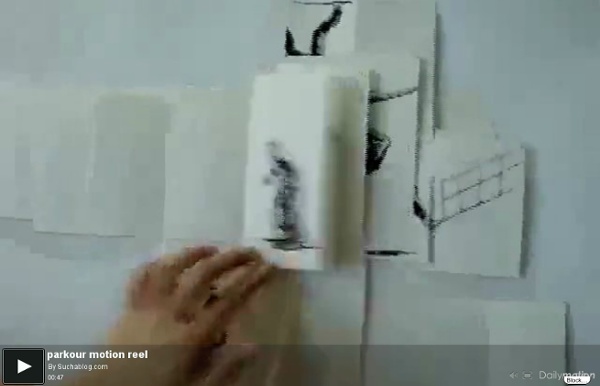 Pearl Jam Twenty - About the Documentary Film American Masters continues its 25th anniversary season with Pearl Jam Twenty, premiering nationally Friday, October 21 at 9 p.m. (ET/PT) on PBS (check local listings). Academy Award®-winning director and music journalist Cameron Crowe creates a definitive portrait of the seminal band carved from over 1,200 hours of rarely and never-before-seen footage, plus over 24 hours of recent band interviews and concert footage. The captivating, two-hour documentary gives viewers and fans an intimate first glimpse into Pearl Jam’s journey in honor of the band’s 20th anniversary. American Masters Pearl Jam Twenty is part of the first PBS Arts Fall Festival, a multi-platform event anchored by nine films that highlight artists and performances from around the country. The DVD is available for purchase on the online Shop PBS.

Tape, Pencil and Resin: The Art of Brooks Salzwedel I’m very intrigued by Californian artist Brooks Salzwedel’s unique style and approach to these delicate works, that combine nature and rigid human-made structures. It’s nice to see work that brings in different non-digital materials to what we’re used to. Using a combination of Staedler Graphite pencils ranging from 6H to 9B, tape and ‘Awful toxic resin‘, Brooks creates images that look like relics of nature and other objects frozen in time. I also love the gloomy and almost real effect that’s created by having elements between semi-transparent layers. They are also reminiscent of some of the pictures of flattened leaves you’d get in school science books. sidewalk chalk guy sidewalk chalk guy «« back to gprime.net all material copyrighted by its original creator |

TetraBox Light by Ed Chew Liquid to Light Designer Ed Chew takes a green step in the right direction with the TetraBox lamp, a light object made from discarded drink packets that would have otherwise ended up in landfills already packed to the brim. The design is achieved by unfolding the packets and refolding them into hexagonal and pentagonal sections that are then pieced together to form a geodesic sphere or any other desired shape. Here, the Epcot-like ball makes an attractive overhead light and casts an impressive web of shadows and shapes on the surrounding space. Designer: Ed Chew GIANT List of Interesting Documentaries « bluehoney.org bluehoney.org Mining the internet for psychedelic beeswax since 1997 Posts Comments ← (VIDEO) – Symphony of Science – ‘We Are All Connected’ The General’s Drug Problem, Ibogaine Treatment a Promising Solution → GIANT List of Interesting Documentaries

50 Ultra Realistic Female Portrait Drawings Technology brings more and more talented artists to the surface, who create astonishing digitally manipulated images on every possible theme, illustrating everything that you could possibly imagine. But, we still have the “classics”, for whom the pencil and paper are the genuine and compulsory materials in creating works of art. And this is what we are going to present to you today. 50 outstanding portraits of women created by the technique of traditional drawing, without any digital manipulation. Some of them can easily trick the eye into believing that they are real photos of real people, that’s how beautiful and expressive they are.

Beautiful Watercolor Landscapes (12 pieces) Z.L. Feng grew up in Shanghai and began painting at the young age of seven. After experimenting with all kinds of different mediums, he finally settled on a favorite - watercolor. The artist always revered the medium because of its level of difficulty. “With watercolor you cannot cover your mistakes, so you must know what you are doing,” he says. 12 Video Sites That Are Better Than YouTube There’s little doubt that YouTube is the go-to video site for many people. In fact, it’s one of the most popular websites in the world. But what if YouTube happens to be inaccessible? Or you simply want more options for viewing videos online?