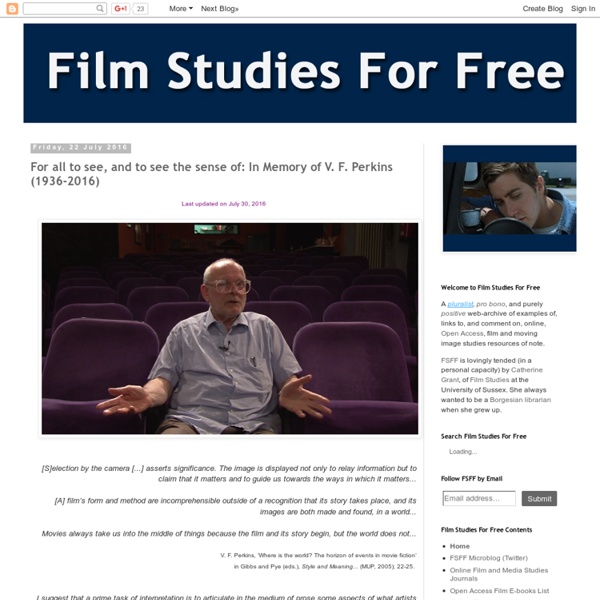 Images: A Journal of Film and Popular Culture Observations on film art The Adventures of Prince Achmed. Kristin (with some help from David) here: David and I have been offering this greatest-of-90-years-ago series almost as long as this blog has existed. For earlier annual entries, see 1917, 1918, 1919, 1920, 1921, 1922, 1923, 1924, and 1925. I approached 1926 with the assumption that it would present a crowded field of masterpieces; surely it would be difficult to choose ten best films. Still, the Soviet directors were going full-tilt by this time and contribute three of the ten films on this year’s list. The Russians are coming Vsevolod Pudovkin’s Mother was a full-fledged contribution to the new Montage movement in the Soviet Union. Along with Potemkin, Mother was one of the key founding films of the Montage movement. As the Mother sits beside her husband’s dead body, her son, a participant in the 1905 failed revolution, comes in. Mother was released on DVD by Image Entertainment in 1999, but it seems to be very rare. Petit mais grand Lloyd and Lubitsch

| The Permanent Seminar on Histories of Film Theories | Cineaste Magazine - Home Just TV Screenplay Basics - Scripped - StumbleUpon A Scripped Compendium by Johnathan Carr Traditional storytelling recounts past events, whereas screenwriting is locked in the present - thus you may not deviate from PRESENT TENSE. You may also be tempted to describe every inch of the world you're creating - don't! At the beginning of a feature film script, often but not always, the first line will be: FADE IN. While you can write a longer ACTION paragraph, think about keeping it under five lines at a time. In the ACTION line, be sure to capitalize SOUND EFFECTS, CAMERA DIRECTION and the first appearance of a speaking CHARACTER. Use a PARENTHETICAL to note an action the speaker is performing while speaking or if you want to indicate whom the speaker is addressing such as addressing a new character in mid-DIALOGUE. Off camera (O.C.) and off screen (O.S.) are identical, which one you use is really a personal preference. Describe specific SHOTS only when necessary, not every little bit of CAMERA DIRECTION need be mentioned. Think subtext.

15 Film Production Credits Explained Ever wonder what all those strange credits are when they roll by at the end of a film? I used to, until I moved to LA, where I started meeting Best Boys and Dolly Grips with their kids when I took my son to the playground—yes, Hollywood, where you meet Gaffers and Armourers at your average Saturday night house party. So I started asking questions, and here's what I've learned: 1. Boom Operator No, this job has nothing to do with explosives or pyrotechnics. 2. Now this job does deal with explosives, of a sort. 3. Though the gaffer manages the entire electrical department, all the guys who run cables and hang lights, his main responsibility is mounting and positioning lights and lighting rigs. 4. Grips are sort of like worker bees. 5. This guy runs the Grips dept and assists the Gaffer. 6. This guy has nothing at all to do with a wedding, unless we're talking something like Wedding Crashers . 7. A dolly grip operates the movie camera dolly. 8. 9. 10. This guy oversees the painting dept. 11.