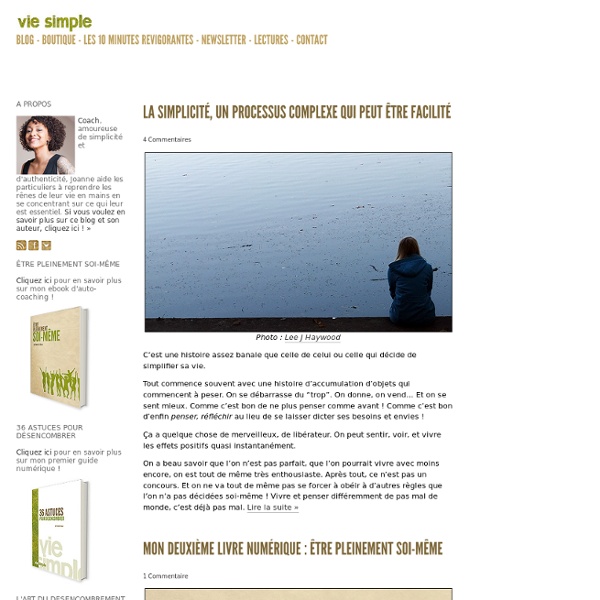 10 Differences Between Successful and Unsuccessful People Everyone strives to be successful, but it doesn’t always come easily. The people who do end up reaching their highest potential always possess certain qualities and habits that allowed them to get there which separate them from those who don’t. Here are 10 differences between successful and unsuccessful people! 1. Embrace change vs. 69 Awesome Brain Hacks That Give You Mind-Blowing Powers Remember when Neo got to choose between the red pill and the blue pill? The blue pill would have put him back to sleep in the fake world of cubicles and steaks in the Matrix, where the red pill would wake him up to the real world and its industrial womb factory. You probably just chalked that scene up to another case of Hollywood turning a complicated situation into a simplistic metaphor, but what you probably didn't realize is that you're living out your own little Matrix scenario every time you go to the pharmacy. "I really hope being swallowed by a mirror is covered by my insurance." What? How?

How to Be Alone: An Antidote to One of the Central Anxieties and Greatest Paradoxes of Our Time by Maria Popova “We live in a society which sees high self-esteem as a proof of well-being, but we do not want to be intimate with this admirable and desirable person.” If the odds of finding one’s soul mate are so dreadfully dismal and the secret of lasting love is largely a matter of concession, is it any wonder that a growing number of people choose to go solo? TetraBox Light Liquid to Light Designer Ed Chew takes a green step in the right direction with the TetraBox lamp, a light object made from discarded drink packets that would have otherwise ended up in landfills already packed to the brim. The design is achieved by unfolding the packets and refolding them into hexagonal and pentagonal sections that are then pieced together to form a geodesic sphere or any other desired shape. Here, the Epcot-like ball makes an attractive overhead light and casts an impressive web of shadows and shapes on the surrounding space. Designer: Ed Chew

How to Find Your Bliss: Joseph Campbell on What It Takes to Have a Fulfilling Life by Maria Popova “You have to learn to recognize your own depth.” In 1985, mythologist and writer Joseph Campbell (March 26, 1904–October 30, 1987) sat down with legendary interviewer and idea-monger Bill Moyers for a lengthy conversation at George Lucas’s Skywalker Ranch in California, which continued the following year at the American Museum of Natural History in New York. The resulting 24 hours of raw footage were edited down to six one-hour episodes and broadcast on PBS in 1988, shortly after Campbell’s death, in what became one of the most popular series in the history of public television.

Virginia Woolf on Why the Best Mind Is the Androgynous Mind by Maria Popova “In each of us two powers preside, one male, one female… The androgynous mind is resonant and porous… naturally creative, incandescent and undivided.” In addition to being one of the greatest writers and most expansive minds humanity ever produced, Virginia Woolf (January 25, 1882–March 28, 1941) was also a woman of exceptional wisdom on such complexities of living as consciousness and creativity, the consolations of aging, how one should read a book, and the artist’s eternal dance with self-doubt. Build a Barn Greenhouse I have been dying to show you my Mother's Day present. For years and years and years, I've been wanting a greenhouse. Up here in Alaska, the only way you are going to eat cucumbers or tomatoes off the vine is to grow a greenhouse.