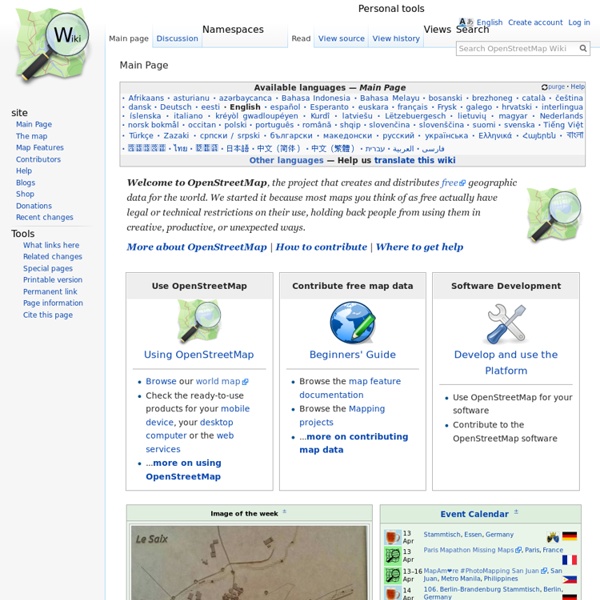 How does MediaWiki work? You probably know Wikipedia, the free encyclopedia, and may possibly be a little bit confused by similar, but different, words such as Wiki, Wikimedia or MediaWiki. To avoid a possible confusion between the words you may first want to read the article about the names where the differences are explained. General Overview MediaWiki can be used in large enterprise server farms as in the Wikimedia Foundation cluster. MediaWiki is free server-based software which is licensed under the GNU General Public License (GPL). It's designed to be run on a large server farm for a website that gets millions of hits per day. FLAG_UPDATE_CURRENT 1. Model An Intent Sender is an object which encapsulates an Application Identityan Intenta function to perform with the IntentIntent Senders are capable of performing four functions starting an Activityreturning a result to an Activitybroadcasting an Intentstarting a ServiceThe function a given Intent Sender is capable of performing is fixed at the point it is constructed.An Intent Sender is used to perform a function with an Intent as though it was being done by the Application whose identity it encapsulates.An Intent Sender can be constructed such that it can only be used onceAn Intent Sender can be cancelled after which it can no longer be used

Wiki CMS Groupware The Tiki Community is proud to announce the release of , the latest version of Tiki Wiki CMS Groupware. This release, with more than 1,000 code contributions by dozens of Tiki Community members, includes many new features, some architectural enhancements, and many bug fixes. Some of these new features include: Tutorials This is a collection of various tutorials and guides I’ve found helpful. They are grouped in different categories and each one has a short description. It’s frequently updated and checked for dead links. Getting started with programming A collection of guides and tutorials for learning how to program. From basic to more advanced.

Building a Facebook Timeline for Higher Education So what does the roll out of Facebook Timeline mean for higher education beyond bigger pictures and a new way of doing things? Plenty. Colleges and universities around the country are always searching for better ways to tell their story. Android cheatsheet for graphic designers Graphic designers aren't programmers and sometimes don't know how to properly prepare graphic assets for developers. This simple cheatsheet should help them to do their job better, and to simplify developers' lives. Content [Document] → Content

How to Use Google Search More Effectively [INFOGRAPHIC] Among certain circles (my family, some of my coworkers, etc.) I'm known for my Googling skills. I can find anything, anywhere, in no time flat. My Google-fu is a helpful skill, but not one that's shrouded in too much mystery — I've just mastered some very helpful search tricks and shortcuts and learned to quickly identify the best info in a list of results. Amit’s Game Programming Information What’s on this page? I’m interested in producing complexity out of simple parts. This page contains bookmarks that I collected while working on games; I did not write most of the content linked from here. As a result the set of links here reflects the types of things I needed to know: only a few specific topics (not everything related to game programming), general ideas instead of platform-specific information (graphics, sound, compilers), and ideas and designs instead of source code (I find it easier to go from an idea to code than from code to an idea). Other sites, like Gamedev Tuts+, Gamedev, and Gamasutra, cover lots more topics than mine does.

Game Maven from Crunchzilla <h2>Game Maven from Crunchzilla is an interactive tutorial that lets anyone experiment with coding and write a few games.<p> Game Maven from Crunchzilla uses Javascript. Please enable Javascript if you want to play with Game Maven. Android SDK: Unit Testing with the JUnit Testing Framework In this tutorial, you will learn how to use Eclipse to create an Android JUnit Test Project, create automated unit tests and run them under a variety of conditions. Before You Begin The authors are assuming the reader has some basic knowledge of Android and have all of the tools such as Eclipse and the Android SDK installed and working. The examples given here are engineered to show how the Android JUnit framework can be used to test Android applications. Specifically, this tutorial will show you how to test aspects of an Activity and identify program errors. These errors are determined, but not addressed, as part of this tutorial.