Blender To Json Exporter. Basic Blender Object to JSON Import. How to import json and rendering in three.js. Rendering SVG Paths in WebGL. The following is a guest post by Matt DesLauriers. 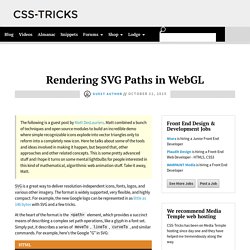 Matt combined a bunch of techniques and open source modules to build an incredible demo where simple recognizable icons explode into vector triangles only to reform into a completely new icon. Here he talks about some of the tools and ideas involved in making it happen, but beyond that, other approaches and other related concepts. Blender - PDB - Protein Data Base - Atomic Blender - Clemens Barth - 2011.

Molecules in Blender. Tl;dr: Source code containing all of this and much more can be found on github. 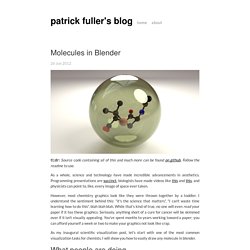 Follow the readme to use. As a whole, science and technology have made incredible advancements in aesthetics. Programming presentations are succinct, biologists have made videos like this and this, and physicists can point to, like, every image of space ever taken. However, most chemistry graphics look like they were thrown together by a toddler. I understand the sentiment behind this: "it's the science that matters", "I can't waste time learning how to do this", blah blah blah. As my inaugural scientific visualization post, let's start with one of the most common visualization tasks for chemists.

What people are doing. Download jQuery Image Cube. A jQuery plugin that shows images and text on the faces of a cube, rotating from one face to the other with a realistic 3D effect jQuery Image Cube allows developers to build some unique image galleries. 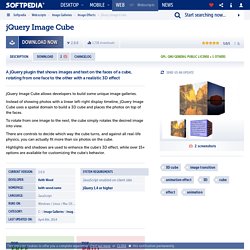 Instead of showing photos with a linear left-right display timeline, jQuery Image Cube uses a spatial domain to build a 3D cube and places the photos on top of the faces. To rotate from one image to the next, the cube simply rotates the desired image into view. There are controls to decide which way the cube turns, and against all real-life physics, you can actually fit more than six photos on the cube. jQuery Image Cube. Paste Picture Cube Slideshow. Home / Free JavaScripts / Image Slideshows & Galleries / Here Aug 2nd, 15': Version 1.1, which adds pause onmouseover of slideshow in auto rotate mode, "desc" option to show a description beneath certain slides. 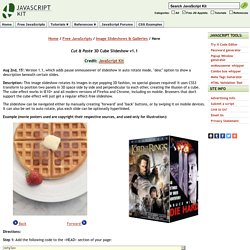 Description: This image slideshow rotates its images in eye popping 3D fashion, no special glasses required! It uses CSS3 transform to position two panels in 3D space side by side and perpendicular to each other, creating the illusion of a cube. The cube effect works in IE10+ and all modern versions of Firefox and Chrome, including on mobile. C5H6N2O2. Molecular FormulaC5H6N2O2 Average mass126.113 Da Monoisotopic mass126.042931 Da ChemSpider ID1103 Systematic name 5-Methyl-2,4-pyrimidinediol SMILES Cc1cnc(nc1O)O Copied Std. 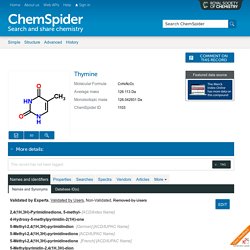 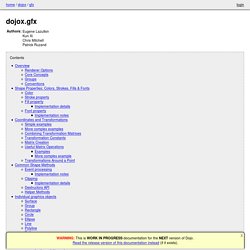 The previous connect() and disconnect() methods are deprecated. on(type, listener) Connects a listener to the specified event type on this shape/surface, and returns a token that can be used to remove the event listener from the event (see dojo/on for more information). The type parameter can either be a string (the event name, like "mousemove"), or function (aka an extension event type like dojo/touch.press). connect(name, object, method) 8 JavaScript Libraries to Animate SVG. SVG is a resolution-independent graphic. 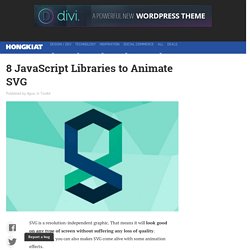 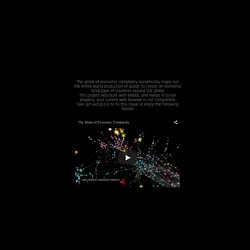 The original Atlas of Economic Complexity The Globe is built upon The Atlas of Economic Complexity, a powerful interactive tool that enables users to visualize a country’s total trade, track how these dynamics change over time and explore growth opportunities for more than a hundred countries worldwide. The Center for international development (CID) Associated Paper This project will be featured at the 2015 IEEE VIS conference in Chicago.