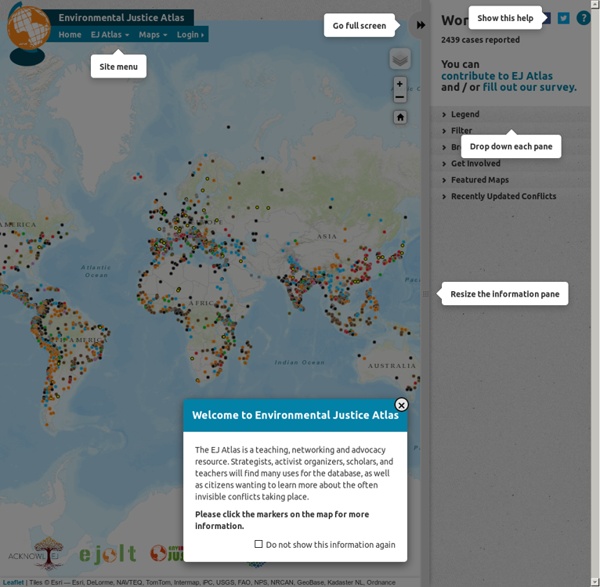 "The Next Generation" Initiative: In-State Workshops on Civil Discourse for Legislators The National Institute for Civil Discourse is committed to advancing the practice of civil discourse to strengthen our democratic traditions and improve governance. Many national elected leaders begin their political careers in state legislatures. These future national lawmakers are the focus of “The Next Generation” initiative, which aims to cultivate a culture where discourse and collaboration typify public policy development. The Institute has designed an introductory workshop tailored for state legislators entitled Building Trust through Civil Discourse, which uses active learning exercises to convey knowledge of and explore attitudes about civil engagement. The goal of this work is to:

What's Really Warming the World? Climate deniers blame natural factors; NASA data proves otherwise Climate scientists tend not to report climate results in whole temperatures. Instead, they talk about how the annual temperature departs from an average, or baseline. They call these departures "anomalies." They do this because temperature anomalies are more consistent in an area than absolute temperatures are.

NASA Released Shocking Photos Of Planet Earth Revealing The Heartless Damage We've Caused! I was looking at these photos and I was reminded of a scene from “The Matrix” where agent Smith tells Neo that humanity is a virus to this planet. I don’t want to believe that. I think we all have a choice. You have bacteria in your gut that helps you digest food and live. We can choose to be like the beneficial bacteria instead of a virus. However, implementing this ‘choice’ is the real problem for us.

Tropical Rainforests Almost the Size of India Will Be Lost by 2050. But Here's How YOU Can Stop It Using satellite imagery and data from 100 countries, the Washington-based Center for Global Development has predicted that 289 million hectares (715 million acres) of tropical forests would be axed by 2050 – that’s an area the size of India, or four times the size of the US state of Texas. Scientists Jonah Busch and Jens Engelmann, project that this tropical deforestation will release 169 GtCO2 into the atmosphere from 2016-2050 — one-sixth of the remaining carbon that can be emitted if the rise in the Earth’s temperature is to be held below 2 °C (the equivalent of running 44,000 coal-fired power plants for a year). However, they also say much of the losses can be avoided if world leaders put a price on carbon emissions through taxes, payments for emissions reductions, or find a way to limit deforestation. “Conserving tropical forests is a bargain. Reducing emissions from tropical deforestation costs about a fifth as much as reducing emissions in the European Union.

20 Beautiful Highly Detailed Papercraft Models Most of us, at least once in our lives, have built a paper model with delight and passion. Some of those models were printed in the back of box of cereals or as a magazine insert. Colorful papercraft models are now widely available on the web, free to download and ready to be printed and assembled. For those who want something more challenging than a simple basic model, this list gathers twenty beautifully designed, highly detailed complex paper sculptures.

Let’s Get Digital! 50 Tools for Online Public Engagement Photo Credit: Karen, Flickr Creative Commons, Online public participation is an effective complement to face-to-face events such as community workshops and design charrettes. CO2, Climate Change Seen As Waste Disposal Challenge When it comes to carbon dioxide, what goes up doesn’t come down. It stays in the atmosphere for thousands of years after plumes of pollution have been released from tailpipes and power plants, trapping heat and warming the planet. That’s why some scientists are increasingly looking at global warming as a waste disposal problem. They say that thinking of emissions in terms of trash that needs to be taken out may draw more attention to something called negative carbon emissions — the process of physically removing carbon dioxide from the air to reduce its concentration in the atmosphere.

Fukushima: The Extinction-Level Event That No One Is Talking About [Video] - ORGANIC AND HEALTHY One repercussion of this has been the pollution of radioactive waste into the sea. It is thought that hundreds of tons of radioactive waste has been pumped inot the sea every day ever since. The nuclear waste has penetrated the Japanese food chain and has been detected in food over 200 miles away. Yann Arthus-Bertrand Terra, An Ode to Humanity TERRA tells the story of life. Yann Arthus Bertrand and Michael Pitiot reveal the incredible saga of our living planet. From the first lichen to the gigantic forests, monkeys of the jungle to the mythic animals of the savannah. Over barely 10,000 years, life on Earth has been profoundly affected by the incredible development of humanity.

Case Studies from the SCN Website Whereas some case studies from the previous Sustainable Communities Network website are no longer available, Sustainability in Action: Profiles of Community Initiatives Across the United States is included on this website and is available in PDF format. These profiles of sustainability initiatives, one from each state and the District of Columbia, were originally prepared in 1995 for the U.S. Environmental Protection Agency's Office of Urban and Economic Development Office which became the Office of Sustainable Communities in 2010.

4 Reasons the Paris Agreement Won’t Solve Climate Change Many hail the Paris agreement—set to cross the threshold this week to come into effect—as a panacea for global climate change. Yet tragically, this perspective neglects to take into account the scientific reality of our climate system, which tells a much different story. Our latest research, Young People's Burden: Requirement of Negative CO2 Emissions, appeared Monday as a "Discussion" paper in Earth System Dynamics Discussion, and outlines how—if national governments neglect to take aggressive climate action today—today's young people will inherit a climate system so altered it will require prohibitively expensive—and possibly infeasible—extraction of CO2 from the atmosphere.