Every day is Earth Day! 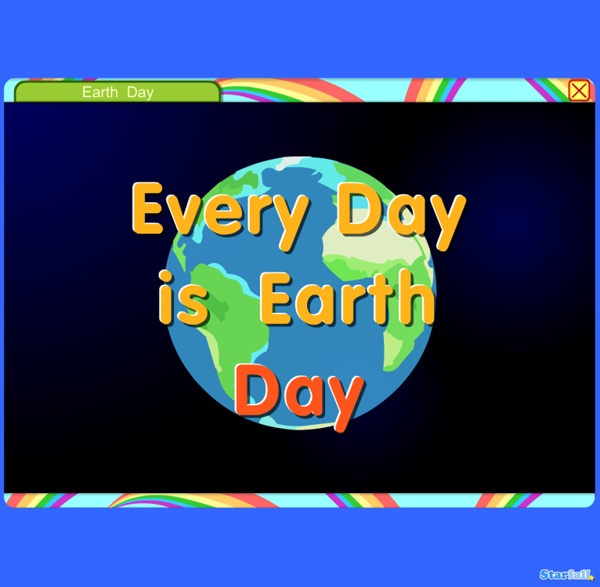 Plastic Oceans | Facts | Waste | Plastic Oceans The proliferation of plastic products in the last 70 years or so has been extraordinary; quite simply we cannot now live without them. This epidemic of plastic has resulted in an increased introduction from around 50 million tonnes in 1950 to 245 million tonnes in 2008 (Plastics Europe). Plastic is cheap and incredibly versatile with properties that make it ideal for many applications. However, these qualities have also resulted in it becoming an environmental issue. We have developed a ‘disposable’ lifestyle and estimates are that around 50% of the plastic we use we use just once and throw it away. Plastic is a valuable resource and plastic pollution is an unnecessary and unsustainable waste of that resource.

Plastic Pollution in Oceans Environmental Issues > Oceans Main Page > All Oceans Documents The Basics We're treating the oceans like a trash bin: around 80 percent of marine litter originates on land, and most of that is plastic. Plastic that pollutes our oceans and waterways has severe impacts on our environment and our economy. Seabirds, whales, sea turtles and other marine life are eating marine plastic pollution and dying from choking, intestinal blockage and starvation. Read more » What it Means to You Plastic pollution affects every waterway, sea and ocean in the world. Solutions The most effective way to stop plastic pollution in our oceans is to make sure it never reaches the water in the first place. NRDC is working on three key strategies to curb plastic water pollution in the U.S. and beyond: 1. 2. 3. What You Can Do Marine plastic pollution shows us that we cannot really throw anything "away." 1. 2. 3. Conduct a waste audit and share the information. 4. 5. last revised 3/8/2014

The Response » THE CLEAN OCEANS PROJECT Our Organization The Clean Oceans Project (TCOP) is a 501c3 non-profit created to develop efficient and effective methods of eliminating plastic from the ocean. Our Plan TCOP’s multi-phase approach involves research, education and direct action integrated into a cohesive long-term plan. Training shoreline surveyors creates local awareness and promotes ocean stewardship. To measure progress we monitor plastic debris deposition rates at isolated shore stations which is far more accurate than oceanic sampling. Disposal TCOP will utilize plastic-to-fuel conversion systems on board collection vessels to transform plastic into diesel fuel eliminating the need to dispose of the waste in a landfill and providing fuel for collection operations. Long Term Commitments TCOP is committed to a comprehensive global approach to plastic pollution. We are committed to research and technical innovation to facilitate an accurate awareness of plastics pollution. Support and Funding Our Message

Home India just banned all forms of disposable plastic in its capital | The Independent India’s capital city Delhi has introduced a ban on disposable plastic. Cutlery, bags, cups and other forms of single-use plastic were prohibited by the National Green Tribunal (NGT). There is particular concern in the country about the amount of plastic waste it produces. According to the Times of India, it is responsible for an astonishing 60 per cent of the plastic that is dumped in the world’s oceans every year. The ban affects the whole National Capital Territory (NCT) area of Delhi. It was introduced after complaints about the illegal mass burning of plastic and other waste at three local rubbish dumps, which has been blamed for causing air pollution. The Tribunal said in a statement: “Each of these sites is a depiction of the mess that can be created for environment and health of people of Delhi. “We direct that use of disposable plastic is prohibited in entire NCT of Delhi. “The Delhi government shall take steps for storage and use of plastic materials.” Reuse content

Threats to Ecosystems Anything that attempts to alter the balance of the ecosystem potentially threatens the health and existence of that ecosystem. Some of these threats are not overly worrying as they may be naturally resolved provided the natural conditions are restored. Other factors can destroy ecosystems and render all or some of its life forms extinct. Habitat Destruction Economic activities such as logging, mining, farming and construction often involve clearing out places with natural vegetative cover. Pollution Water, land and air pollution all together play a crucial role in the health of ecosystems. Eutrophication This is the enrichment of water bodies with plant biomass as a result of continuous inflow of nutrients particularly nitrogen and phosphorus. Invasive species Any foreign specie (biological) that finds its way into an ecosystem, either by natural or human introduction can have an effect on the ecosystem. Overharvesting UV Radiation The sun’s rays play an important role in living things.

What is an ecosystem? What is an Ecosystem? An ecosystem includes all of the living things (plants, animals and organisms) in a given area, interacting with each other, and also with their non-living environments (weather, earth, sun, soil, climate, atmosphere). Ecosystems are the foundations of the Biosphere and they determine the health of the entire earth system. In an ecosystem, each organism has its own niche or role to play. Consider a small puddle at the back of your home. This very complex, wonderful interaction of living things and their environment, has been the foundations of energy flow and recycle of carbon and nitrogen. Anytime a ‘stranger’ (living thing(s) or external factor such as rise in temperature) is introduced to an ecosystem, it can be disastrous to that ecosystem. Usually, biotic members of an ecosystem, together with their abiotic factors depend on each other.

Learning can be fun, free and fast with eschooltoday The Tree of Hope - A compilation of messages World Environment Day, 5 June 2011 Celebrating the International Year of Forests 2011 The Tree of Hope A compilation of messages The ‘Tree of Hope’ was one of the popular attractions of the ICIMOD Open House Day 2011, held on 12 March. It was a model tree decorated with hundreds of paper-leaf messages from visitors to the Centre. What were the messages? Messages of all kinds adorned the tree; some reflected on the values of forests, their spiritual significance, their role in sustaining all kinds of biodiversity, and their tangible and intangible services to people. The message from the youngest one read, “People cut trees and I don’t like it”. Here we make an effort to compile the essence of all the messages as take-home statements that may inspire us to be responsible on our part.

Earth Hour UK What is Earth Hour? Earth Hour is an annual global campaign that encourages people and businesses around the world to switch off electricity at the same time for one hour. Earth Hour started in Australia in 2007 when 2.2 million people in the city of Sydney turned off all non-essential lights for an hour. Since then it has grown to a massive global event. In 2013, millions of people in 7,000 cities and towns around the world switched off their lights for 60 minutes at the end of March. Every year landmarks and well-known buildings around the world such as the Sydney Opera House and Harbour Bridge, the Petronas towers in Malaysia, the UK Parliament, Buckingham Palace and the Empire State Building take part and ‘go dark’ for Earth Hour. Who organises Earth Hour? Earth Hour is organised by the World Wide Fund for Nature (WWF). Why March? UK events In 2013 in the UK, the pop group McFly gave a live acoustic performance (using no electricity!) #passthepanda

Less Plastic. In your Life. On the Planet. - Less Plastic The Ocean Cleanup Technology | The Ocean Cleanup The system at sea Handling Vessel Traffic No heavily-trafficked shipping routes traverse the Great Pacific Garbage Patch, so the chances of a vessel coming across an ocean cleanup system are minimal. On average only 5 vessels can be found in an area twice the size of Texas. But, in the event that a vessel does pass through the patch, we have implemented extensive measures to ensure the safety of both vessels and our cleanup systems. Each system will be equipped with lanterns, radar reflectors, navigational signals, GPS and anti-collision beacons. The AIS will continuously broadcast the location of the systems to passing vessels and the GPS will track the location of our systems, should they veer out of the patch. Safeguarding Sealife Protecting the natural environment is at the heart of what we do. We designed the systems to be inherently safe for marine life in four ways. Surviving Storms The system has been engineered and tested to utilize and withstand the forces of the ocean.

Waste Free Bread And How To Make A Loaf Bag – Gippsland Unwrapped Once having made the decision to reduce waste and cut single use plastic from your life, the obvious will suddenly dawn on you that “oh my gosh, bread is in a plastic bag!” For me the realisation provoked a state of panic as I imagined myself slaving away in the kitchen baking loaf after loaf to keep up with the family’s demand. How would I have time to do this? Problem solved right? The problem is, there is nearly always a hidden plastic bag within the packaging. The breadmaker got a three month work out, with each loaf made wrapped in a clean tea towel and placed in the bread tin. Unfortunately, after the initial excitement of yummy homemade bread, a couple of negatives appeared. I decided to buy our bread direct from the baker. I’ve read a lot of different advice about the best way to store bread but I haven’t noticed any difference at all between my bread stored at room temperature or frozen in a cloth bag and the store bought plastic wrapped bread.