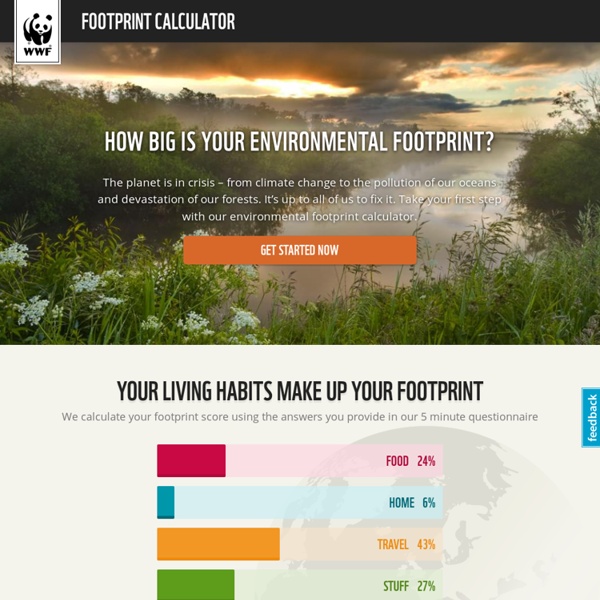 Chief Seattle's Speech of 1854 - Version 1 Version 1 (below) appeared in the Seattle Sunday Star on Oct. 29, 1887, in a column by Dr. Henry A. Smith. "CHIEF SEATTLE'S 1854 ORATION" - ver . 1 Yonder sky that has wept tears of compassion upon my people for centuries untold, and which to us appears changeless and eternal, may change. Genetic engineering Direct manipulation of an organism's genome using biotechnology An organism that is generated through genetic engineering is considered to be genetically modified (GM) and the resulting entity is a genetically modified organism (GMO). The first GMO was a bacterium generated by Herbert Boyer and Stanley Cohen in 1973.

3 Stoic Strategies For Becoming Happier Stoicism was one of the most important philosophical schools in ancient Greece and Rome. It has also been one of the most influential. The writings of Stoic thinkers like Seneca, Epictetus, and Marcus Aurelius have been read and taken to be heart by scholars and statesman for two thousand years. In his short but extremely readable book A Guide to the Good Life: The Ancient Art of Stoic Joy (Oxford University Press, 2009), William Irvine argues that Stoicism is a admirable and coherent philosophy of life. He also claims that many of us would be happier if we became Stoics. This is a remarkable claim. Ocean Energy: Tidal and Wave Power Earth’s global oceans cover approximately 71% of the planet, roughly 3.6×10^8 km squared. It has been estimated that if humans find an efficient way to harness at least 0.2% of the potential energy within wave power and tidal power, enough energy would be generated to power the entire world. Ocean power has been utilized by humans for hundreds of years and is one of the oldest forms of energy known to us. For example, tide mills and water wheels have been used successfully to power farms, homes, factories, and electricity. This is a primitive method, but contains some of the basic principles that are being tested in modern ocean energy devices. Ocean power is a non-polluting, reliable, and predictable source of renewable energy that is abundant and accessible to the majority of the planet.

Rokeach Value Survey Beliefs, Attitudes and Values[edit] RVS is based on a 1968 volume (Beliefs, Attitudes, and Values)[2] which presented the philosophical basis for the association of fundamental values with beliefs and attitudes. His value system was instrumentalised into the Rokeach Value Survey in his 1973 book The Nature of Human Values.[1] Terminal Values[edit] Terminal Values refer to desirable end-states of existence.

Hillary Clinton's GMO support, Monsanto ties spark backlash in Iowa Hillary Rodham Clinton’s ties to agribusiness giant Monsanto, and her advocacy for the industry’s genetically modified crops, have environmentalists in Iowa calling her “Bride of Frankenfood” — putting yet another wrinkle in her presidential campaign’s courtship of liberal activists who are crucial to winning the state’s Democratic caucuses. The backlash against Mrs. Clinton for her support of genetically modified organisms (GMO), which dominate the corn and soybean crops at the heart of Iowa’s economy, manifested itself at a recent meeting of the Tri-County Democrats, where members gauged support for the former secretary of state. A large faction of women voiced strong support for Mrs. Clinton’s candidacy until the GMO issue came up, prompting them to switch allegiances to Sen.

Philosophy of Sex and Gender - Natural or Conventional? Is it customary to divide human beings among male and female, men and women; yet, this dimorphism proves to be also ill-taken, for instance when it comes to intersex (e.g. hermaphrodite) or transgendered individuals. It becomes hence legitimate to wonder whether sexual categories are real or rather conventional kinds, how gender categories get established and what their metaphysical status is. The Five Sexes In a 1993 article titled “The Five Sexes: Why Male and Female Are Not Enough”, professor Anne Fausto-Sterling argued that the twofold distinction between male and female rested on wrong foundations.

Tidal power [Tidal Power] Navigation Introduction, Tidal barrage, Current technology, Pumping, Economics, Social Implications, Environmental Aspects,Tidal streams, Current technology, Economics, Social Implications, Environmental Aspects, Conclusions Media Manipulation Illusion Example UPDATE: We had a critical situation here – a database crash, and website ceased to function over the last couple of hours. Luckily backup was available, so everything should function correctly again. But I still need you to help me identify if there are any errors on this site left! Please report all your findings and experience during the down-time.

An Introduction to Feminism and Women's Rights Blogs Feminism is the struggle against dominance hierarchies that have defined global culture throughout all of recorded history. It has traditionally been – and will probably remain for some time to come – the centerpiece of all civil liberties reform. When I first posted this list several years ago, I attempted to rank the "Top 10" blogs on feminism and women's rights despite the fact that I thought it was a little bit arbitrary and presumptuous to do so. Now that I'm older and presumably wiser, I have decided to do fewer arbitrary and presumptuous things.

5 Clever Product Packages That Dissolve After Use These days, any designer worth his or her salt is grappling with ideas of waste and sustainability, trying to come up with ways to do more with less. This is especially pressing in the realm of product packaging: According to the EPA, Americans alone throw away some 70 million tons of boxes, bags, containers, and inserts each year. It’s a staggering statistic, and any place where we can cut back will help stem the tide. But Aaron Mickelson has a more radical idea. Why not get rid of packaging completely? Modern slavery affects more than 35 million people, report finds More than 35 million people around the world are trapped in a modern form of slavery, according to a report highlighting the prevalence of forced labour, human trafficking, forced marriages, debt bondage and commerical sexual exploitation. The Walk Free Foundation (WFF), an Australia-based NGO that publishes the annual global slavery index, said that as a result of better data and improved methodology it had increased its estimate 23% in the past year. Five countries accounted for 61% of slavery, although it was found in all 167 countries covered by the report, including the UK. India was top of the list with about 14.29 million enslaved people, followed by China with 3.24 million, Pakistan 2.06 million, Uzbekistan 1.2 million, and Russia 1.05 million.