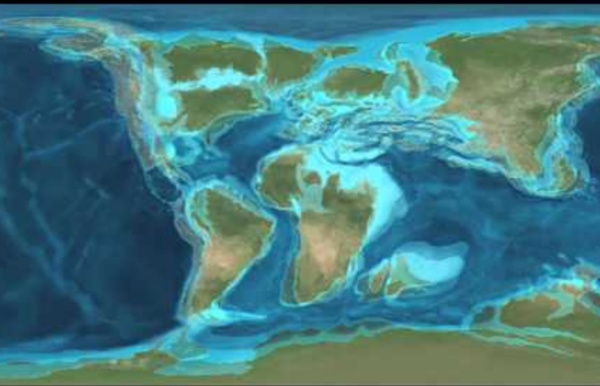 Research Shows Plants Are Sentient. Will We Act Accordingly? Research continues to verify the intelligence of plants. If we begin to regard them as sentient beings, will our treatment of them improve? ©John T. Andrews Animal advocates and wildlife enthusiasts like you and me are always excited when new research comes out demonstrating the intelligence of the “others” among us; for example, how crows solve problems or whales have complex cultures. But when we cross over into the area of plant intelligence, well, it often sounds a bit too New Agey for most of us.

The Trees Talk The trees are most likely talking over your head. ©Henry H. Holdsworth. If you’ve ever walked in a forest or a grove on a breezy or windy day, you’ve probably experienced that bit of an unsettling feeling that says to you that the trees are “talking” above your head. Plant Behavior The Society for Plant Neurobiology was formed after the First International Symposium on Plant Neurobiology was held in Florence in 2005. This, and each of the subsequent symposia, were scientifically energizing and exciting, drawing a diverse array of participants. Plant Neurobiology describes a newly named, but also old and fascinating field in plant biology addressing the physiological basis of adaptive behavior in plants. Perhaps this field could be called "Sensory Biology in Plants" or something similar. However, these names don't quite cover topics like plant cytology and anatomy, adaptive plant behavior, signaling and communication in symbiosis and pathogenesis, or newly emerging topics like for instance plant immunity, plant memory and learning, plant-plant communication, as well as plant intelligence.

nature “Gravity” Hyalophora cecropia on buttonbush Samuel Jaffe is getting close and personal with subject matter found right in our backyards— the furry, florescent, grubby little creatures we often find inching along our trees and sidewalks. Jaffe is fascinated by local environments, and aims to share the information he has collected about these backyard ecosystems so we can become more in tune with what’s right below our feet or hiding in the grass. Jaffe has cataloged dozens of caterpillars in different settings, each with a blackened background to highlight their unique textures, colors, and patterns. 24 People Who Applied for the World's Toughest Job Were In for Quite a Surprise Here's a pretty cool project from Mullen for a client we won't immediately reveal, lest we spoil the surprise. (Scroll down to the bottom of credits, watch the video or click here to find out.) The Boston agency posted this job listing online for a "director of operations" position at a company called Rehtom Inc. The requirements sounded nothing short of brutal:

Ghost Town Coffee Roasters The town of Armero was located 100 miles from Bogota in Colombia’s most fertile agricultural region. It was founded in 1895 but not officially recognized until 1908. It was originally named San Lorenzo and was changed How a numbers man and a botanist are helping business go green In Melbourne’s Royal Botanic Gardens – among the majestic lemon-scented gums, newly-planted ferns, rustling groves of bamboo and sweeping lawns – a quiet, constant process is unfolding. All these plants are growing: taking molecules of carbon dioxide out of the air and water from the soil and joining them together, using the energy from the sun, to build their plant tissues. While a tree is growing, it is “locking” carbon, taking greenhouse gases from the oversupply that is currently in our atmosphere and storing them in their trunks, stems, roots and leaves.

Marcel Breuer Marcel Lajos Breuer (pronounced BROY-ər ;22 May 1902 – 1 July 1981), was a Hungarian-born modernist, architect and furniture designer of Jewish descent. One of the masters of Modernism, Breuer extended the sculptural vocabulary he had developed in the carpentry shop at the Bauhaus into a personal architecture that made him one of the world’s most popular architects at the peak of 20th-Century design. Life and work[edit] Known to his friends and associates as Lajkó (the diminutive of his middle name and pronounced LOY-ko), Breuer left his hometown at the age of 18 in search of artistic training and was one of the first and youngest students at the Bauhaus– a radical arts and crafts school that Walter Gropius had founded in Weimar just after the first World War.

Brazil dam disaster: judge freezes assets of miners BHP and Vale A judge has frozen the Brazilian assets of mining giants BHP Billiton and Vale SA after determining their joint venture Samarco was unable to pay for widespread damage caused by the bursting of a dam at its mine last month. In a ruling issued late on Friday, the judge in the Brazilian state of Minas Gerais determined that Vale and BHP could be held responsible for the disaster at the iron ore mine, for which the government is demanding 20bn reais ($5bn) in compensation. Vale and BHP each said they had not yet been notified about the decision.