The Art of Paul Kuczynski - mashKULTURE 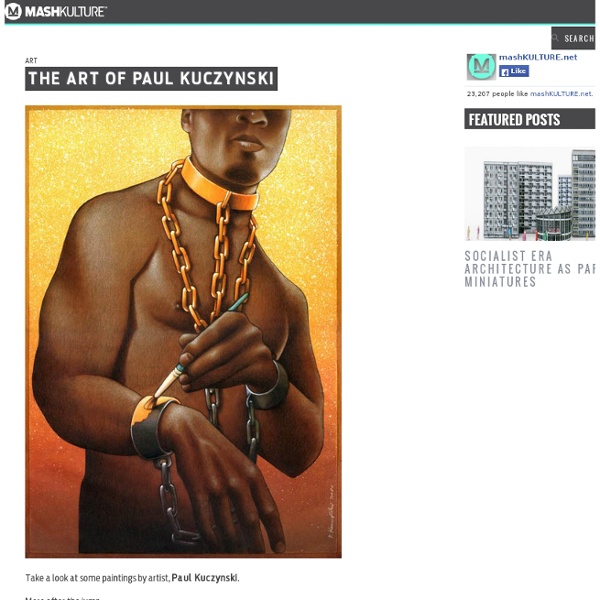 Take a look at some paintings by artist, Paul Kuczynski. More after the jump.

Photographer Captures An Underwater Dance Of Colors The shapes displayed in Luka Klikovac’s work look like colored smoke, or maybe strange deep-sea creatures, but they’re actually mixtures of colored and black liquids immersed in water. The Serbian photographer’s photo series is called Demersal and was based on the unique motions resulting from the combination of fluids. To create this psychedelic effect, the photographer used nothing but his camera and lights capable of showing the dance of fluid shapes captured by his lenses. No digital editing resources were used afterwards, so what you see in the images are actually the precise moments when the two elements were combined. Klikovac said that the goal of his work is to create images that allow people to escape from their daily routine and that his underwater shapes should be interpreted like the Rorschach inkblot test. What do you see in them?

A Butterfly Effect Art Print by Norman Duenas New All « PrevNext » « Prev1234 ... 80Next » Mark Jenkins // Street Installations - StumbleUpon Besançon Rome Rio de Janeiro Best Street Art of 2011 - StumbleUpon December 27, 2011 | 72 Comments » | Topics: Art, Pics Hot Stories From Around The Web Other Awesome Stories New Murals by David de la Mano and Pablo S. Herrero on the Streets of Norway Three new works today from artists David de la Mano and Pablo S. Herrero who collaborated on the streets of Stavanger and Sandnes in Norway to create these lovely figures made of trees and people. The duo joined forces earlier this year in Uruguay and I’m glad to see them continuing to explore this style in other cities. Definitely check out their respective websites for more photos.