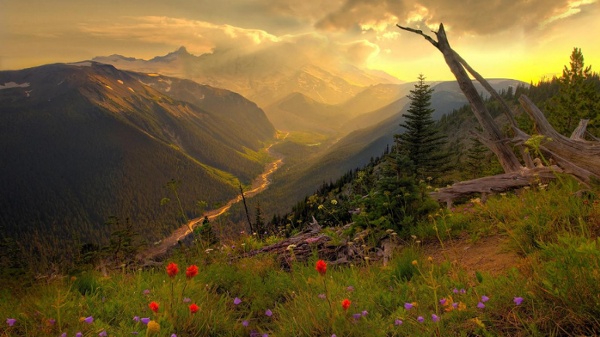 The Tunnel Of Love Klevan is an urban-type settlement in the Rivne Raion of Rivne Oblast in western Ukraine. Its population is 7,470 as of the 2001 Ukrainian Census. Klevan is accessed via the T1B17 and H22 roads, and is located 28.3 km northwest of Rivne and 50.4 kilometres southeast of Lutsk along the H22. Tricks + Treats: Cascade Braid with Sarah Lockhart Hello, dear readers! This is Sarah from Sweetestnest, and I could not be more excited to add a style post to Elsie's parade of Tricks + Treats! I think that braids are one of the most versatile and easy hairstyles to wear during Autumn. They are textured and seemingly unintentional, or smoothed and polished. Today, I'm sharing the cascade/waterfall braid with you.

Purple haze: What party drinks look like magnified 1,000 times - and this one is just a vodka and tonic Updated: 18:17 GMT, 29 December 2011 An American company is selling posters of beers, mixers and cocktails in extreme close-up - magnified 1,000 times under a microscope. The drinks are dropped onto lab slides using a pipette, then crystallised in a process lasting three weeks. Sugars and acids in the drinks form the spectacular crystals - each drink looks different, and no two slides are the same.

Homemade Hair Treatments - At Home DIY Hair Treatments - Womans Day Eggs, yogurt and honey are, at first glance, all components of a tasty breakfast—but they also happen to be hair treatment ingredients, and affordable, all-natural ones at that. And they're not the only ones. Did you know, for instance, that the oils in avocados more closely resemble our own skin's oils than any product in the beauty aisle does? Or that the mild acidity in lemon is an effective—and gentler—alternative to chemical-laden products? A World Without People - In Focus For a number of reasons, natural and human, people have recently evacuated or otherwise abandoned a number of places around the world -- large and small, old and new. Gathering images of deserted areas into a single photo essay, one can get a sense of what the world might look like if humans were to vanish from the planet altogether. Collected here are recent scenes from nuclear-exclusion zones, blighted urban neighborhoods, towns where residents left to escape violence, unsold developments built during the real estate boom, ghost towns, and more. [41 photos] Use j/k keys or ←/→ to navigate Choose:

Watkins Glen State Park Watkins Glen State Park is the most famous of the Finger Lakes State Parks located on the edge of the village of Watkins Glen, New York, south of Seneca Lake in Schuyler County. The main feature of the park is the hiking trail that climbs up through the gorge, passing over and under waterfalls. The park has a lower part that is next to the village and an upper part that is open woodland. Watkins Glen State Park is in a 400-foot-deep narrow gorge cut through rock by a stream that was left hanging when glaciers of the Ice age deepened the Seneca valley, increasing the tributary stream gradient to create rapids and waterfalls wherever there were layers of hard rock. The rocks of the area are sedimentary of Devonian age that are part of a dissected plateau that was uplifted with little faulting or distortion. They consist mostly of soft shales, with some layers of harder sandstone and limestone

Lamborghini Madura by Slavche Tanevski & Yanko Design - StumbleUpon One Sharp Black Lambo From the darkest depths of the design mind of the one called Slavche Tanevski comes THIS! The Lamborghini *Ankonian. It’s black. It’s sharp. Hug Chair by Ilian Milinov & Yanko Design A Chair for Clingy Lovers If you’ve ever had someone sit in your lap, you know that 15 minutes is about the max your legs can handle. It’s really not fair. The Hug chair brings simple design and human gesture together for that extra time you want to sit with your significant other. When you’re away from your special someone the extra seat doubles as a convenient space, perfect for catching up on video chat.

Top 20 Earth Pictures found on Stumble Upon Everybody knows that Stumbleupon is an great source for beautiful photography, nature, pets, arts and much more. They have millions of users and they are probably the most wide used source for finding quality content. Today, we collected 20 popular photographs from Stumbleupon. Most of them have been seen for more than million times each. We hope you’ll enjoy… Photo Source Beautiful Lakes from Around the World The lakes are the nature’s most beautiful feature. All around the world you can find beautiful lakes that are different in widths, deeps and they are all beautiful at their own way. If you are passionate traveler and you enjoy in nature, visiting some of the lakes from our list can be beautiful experience for you and your friends or family. The bigger lakes offers boat riding, fishing trips, divings and much more activities that allows you to explore all it’s beauties. Bellow is list of 16 stunning lakes we collected for you and we hope you’ll enjoy…