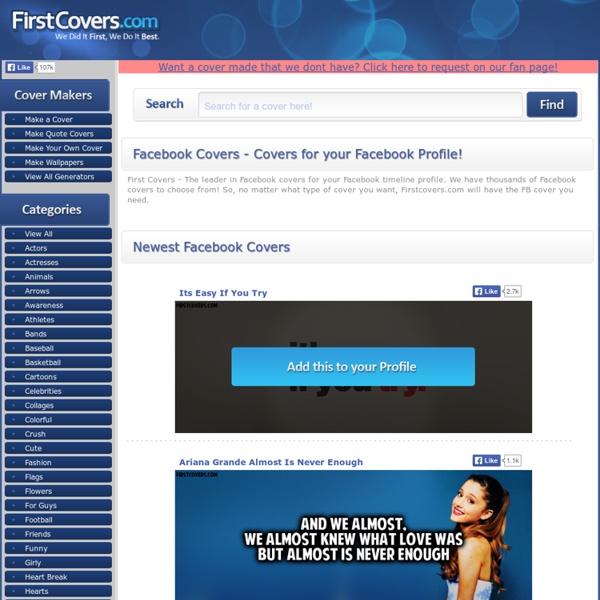 Subtle Sexiness If you believe that sexiness has more to do with what you don't see than what you do, then you'll appreciate the photography of Patricio Suarez. The New York-based photographer works as a director of photography, mostly shooting commercials. "I love what I do and photography is just an extension of that," he says. "I carry my camera wherever I go. Most of my work derives from this." Patricio Suarez's website Views: 91227 Tags: Sexiness, patricio suarez, photo, photography, subtle

Starting A Business - Resources for Small Business - StartupNation Twins - Portrait Gallery A Thing or Two About Twins They have the same piercing eyes. The same color hair. One may be shy, while the other loves meeting new people. Photographs by Martin Schoeller Six-year-old Johanna Gill puts a protective hand on her sister, Eva. The 15-year-old sisters want to go to the same university and become opera singers. As infants, Ramon and Eurides looked so much alike that their mother gave them name bracelets so she wouldn’t get confused and feed the same child twice. When Loretta was diagnosed with breast cancer three years ago, Lorraine was in the doctor’s office with her. The nine-year-olds get along well and also have a psychic shopping bond. In kindergarten Spencer was too shy to pose on picture day. In grade school it didn’t matter that Jeff Nagel wasn’t good at spelling—Steve was. Jessica and Jackie Whited, 20, both go to the University of Akron, share the same friends and jobs, and even teach Sunday school together.

El Taller Secuencial Incredible Wildlife Photography | Peachy Green Wildlife — By Stephanie on January 11, 2010 at 10:58 am Canada goose protects her young Ever have one of those moments when you think to yourself, “Boy, I wish I had my camera?!” Well, you can enjoy the good fortune of the photographers who were not empty handed when they shot these amazing animal pictures. These high-speed images are treasures that tell stories we rarely get to see – let alone capture – in stunning detail. Bringing home the bugs.... If you oohed and ahhed over the first couple of pictures, you might have to prepare yourself for the next image…. open wide! All in one bite? The best wildlife photography is often expressed through the unexpected. Hey! What is more adorable than a curious monkey – particularly one that wonders what all the photography fuss is about? Among cute animal photographs, you’ve gotta agree… this one tops the charts! Ready for my close-up! Looks like a Chorus Line is coming to a desert near you! Synchronized stretching A little more to the left, please

Exchanges What the nanny saw: Housekeeper's stunning images of 1950s Chicago show working class America in a new light By Daily Mail Reporter Updated: 23:36 GMT, 16 December 2011 After spending decades collecting dust the work of an unlikely artist has finally been uncovered. To the outside world Vivian Maier was just a nanny and housekeeper working in Chicago. But she also had a hidden talent was not recognised until after her death in 2009. Maier spent her life wandering the streets of Chicago with a Rolleflex camera strapped to her neck taking remarkable black and white pictures of a different side of the city, and a different side of life in America. Capturing a moment: Vivian Maier worked as a nanny in Chicago but wandered the city taking pictures. Birds of a feather: Vivian Maier captures a pair of pigeons feeding in Chicago. Nighthawk: Vivian Maier's pictures have been credited with having an Edward Hopper style as she captures a side of America not normally seen He had hoped to find a picture of the city for a book he was writing, but when he saw the pictures he couldn't believe what he had found.

Camera Shooting Modes - How to Understand the Camera Shooting Modes on Your DSLR Understanding camera shooting modes can make a real difference to the quality of your images. Here is a guide to the five main shooting modes on your DSLR, and an explanation of what each mode does to your camera. To start with, you'll need to locate the dial on the top of your camera, with letters written on it. Auto Mode. Most Amazing Sand Sculptures Most Amazing Sand Sculptures Anyone who has ever been to the beach has probably tried to sculpt a simple sand structure of some sort.Well leave it to the pros, because we have some great sand sculpture pictures listed below. 36 Comments: rachael said... I've tried making sandcastles before.. April 16, 2010 at 11:59 AM shahid said... nice arts May 25, 2010 at 3:07 AM jalalHB said... This is simply classic and aesthetics May 7, 2011 at 7:00 PM Anonymous said... Harrison Hot Springs, in BC Canada,I recognized multiple pieces of art from there :D September 4, 2011 at 1:02 PM Impressive! September 13, 2011 at 7:51 PM where's the rest of them? September 19, 2011 at 1:47 AM ZuZu Gold said... remarkable. September 20, 2011 at 11:43 AM That's a stupid introduction... September 22, 2011 at 7:26 AM amazing, I remember when I was a little girl making sad sculptures, even during the winter I would make snow animals, haha! September 27, 2011 at 2:02 PM Annunci Incontri Roma said... The first one is my favorite. Amazing!