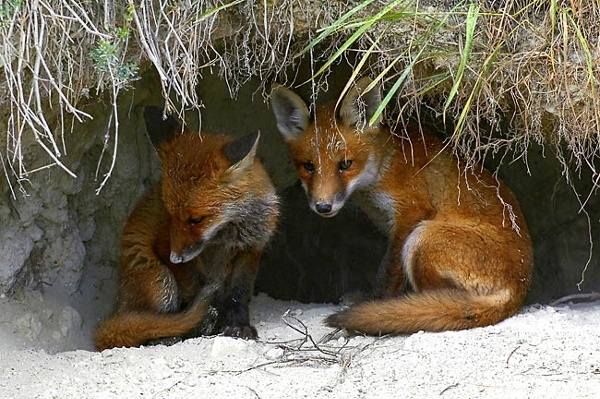 Animals in funny situations Not everyone owns a pet, or has the chance to come across any animal daily for that matter, so it’s refreshing to see some of them captured in funny and interesting situations. Funny situations are around us in everyday life. All we need to do is to spot it. Last Second | Gorgeous Animals In ecology, predation describes a biological interaction where a predator (an organism that is hunting) feeds on its prey (the organism that is attacked). Every animal knows better hunting for food by nature. Animals are not greedy, they hunt as their desires for fresh food. Some pet animals are also expert hunter and great helpers for human. We decided to collect some amazing pictures of animal’s hunting.

Created Equal... Photographer Mark Laita | InspireFirst - StumbleUpon In America, the chasm between rich and poor is growing, the clash between conservatives and liberals is strengthening, and even good and evil seem more polarized than ever before. At the heart of this collection of portraits is my desire to remind us that we were all equal, until our environment, circumstances or fate molded and weathered us into whom we have become. Los Angeles- and New York-based photographer Mark Laita completed Created Equal over the course of eight years; his poignant words reflect the striking polarizations found in his photographs. Presented as diptychs, the images explore social, economic and gender difference and similarity within the United States, emulating and updating the portraiture of Edward Curtis, August Sander and Richard Avedon. Bodybuilder / Amish Farmer, 2006 / 2004 Young Boxer / Retired Boxer, 2002 / 2002 Beauty Salon Customer / Man with Curlers, 2005 / 2004 Lingerie Model / Woman in Girdle, 2006 / 2007 Catholic Nuns / Prostitutes, 2002 / 2002 Comments

Harvest mouse climbs up a dandelion By Nick Enoch PUBLISHED: 10:26 GMT, 28 May 2012 | UPDATED: 16:34 GMT, 28 May 2012 As this tiny harvest mouse seemed to blow away a dandelion, who knows what it was wishing for. These heartwarming pictures of one of Britain’s most elusive rodents were taken by amateur photographer Matt Binstead last weekend. He said: 'It was lovely to get these shots of the mouse in its element. The harvest mouse - one of Britain's most elusive rodents - was snapped at the British Wildlife Centre in Lingfield, Surrey, by head keeper Matt Binstead. 'I can't remember whether it was the breeze or the mouse blowing the dandelion,' said Mr Binstead 'I can’t remember whether it was the breeze or the mouse blowing the dandelion. 'It is the only British animal with what is known as a prehensile tail that can be used as a fifth limb. 'When wrapped around a stem, it can act as a brake or anchor. 'This makes it very nimble, travelling and feeding in stems of cereals and grasses.'

Animals Illuminated by the Sun The time of sunset is defined in astronomy as the moment when the trailing edge of the Sun’s disk disappears below the horizon in the west. There are few things in nature as photogenic as the sky at sunset, especially animals. The rich bright gold, pink and orange colors make unusually beautiful pictures of animals illuminated by the sun. Source Source Source Source Source Source Source Source Source Source Source Source Source Incredible Wildlife Photography Wildlife — By Stephanie on January 11, 2010 at 10:58 am Canada goose protects her young Ever have one of those moments when you think to yourself, “Boy, I wish I had my camera?!” Well, you can enjoy the good fortune of the photographers who were not empty handed when they shot these amazing animal pictures. These high-speed images are treasures that tell stories we rarely get to see – let alone capture – in stunning detail. Bringing home the bugs.... If you oohed and ahhed over the first couple of pictures, you might have to prepare yourself for the next image…. open wide! All in one bite? The best wildlife photography is often expressed through the unexpected. Hey! What is more adorable than a curious monkey – particularly one that wonders what all the photography fuss is about? Among cute animal photographs, you’ve gotta agree… this one tops the charts! Ready for my close-up! Looks like a Chorus Line is coming to a desert near you! Synchronized stretching A little more to the left, please

Crazy Illustrations By Chow Hon Lam - StumbleUpon Chow Hon Lam is a t-shirt designer and a humorous illustrator from Malaysia. He has been completed this crazy project called Flying Mouse 365, which is create 1 design per day. I hope his illustrations can bring some smile and entertainment to the world. About the author Refrigerator Contents Around The World | Photos What does your refrigerator content say about you and your culture? Is there any type of food that is dominating or do you fill your refrigerator up with random groceries? These questions were something that caught photographer Stephanie de Rouge’s mind when she started her project called “In Your Fridge”. She plans to keep on going with her project and visit more cities around the world, so don’t be surprised if she knocks on your door to photograph your groceries.

35 Amazing and Colourful Photographs of Dragonflies The following two tabs change content below. I'm Rob, the editor of Light Stalking. I try to keep this ship on course. A quick trip into the back garden often throws up a slew of photographic opportunities. For people who are lucky enough to have a few dragonflies around, the colourful creatures are a great subject. Enjoy this collection and don’t forget to check out our own tutorial on how to photograph dragonflies. Adopt the pace of nature: her secret is patience. by Krikit ♥, on Flickr I Love Rain (Explored #15, Front-Page) by Yogendra174, on Flickr Cooee! Dragonfly wings by Joi, on Flickr My first Dragon fly eye macro by NeilsPhotography, on Flickr ENSAIO COM UMA LIBÉLULA – parte 3 de 5 (Test with a Dragonfly – part 3 from 5) by jonycunha, on Flickr Untitled by timitalia, on Flickr Untitled by aussiegall, on Flickr Widow skimmer by wolfpix, on Flickr Burgundy Dragonfly by williamcho, on Flickr Blue Dragon by williamcho, on Flickr 30 Days of gratitude-Day 12 by aussiegall, on Flickr Hallo Mr.