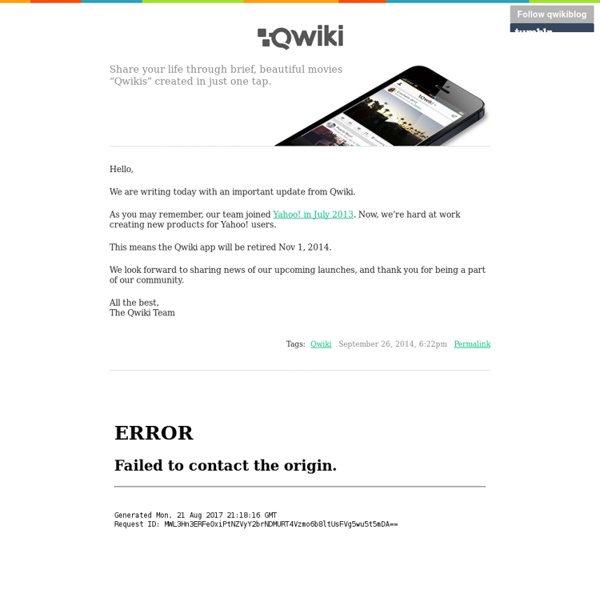 13 Alternative Search Engines That Find What Google Can’t Google has become the standard search engine of virtually every web-goer on the internet today. In fact “to Google” is pretty much synonymous with “to search”. But that certainly doesn’t mean that other search engines can’t do a decent, if not better, job and this list has been compiled for just this reason. So check out this catalog of awesome alternative search engines that are certain to help you search faster and more efficiently on that World Wide Web. Music & Video Russia meteor virtually impossible to see coming Scientists have begun piecing together the characteristics of the meteor that exploded over Russia on the morning of February 15, using data from seismic instruments that track earthquakes and microphones designed to detect sonic booms from nuclear explosions. Unlike the asteroid DA14, which narrowly but predictably missed Earth later that day, the meteor was too small to detect before its contrail appeared in the dawn skies over the Russian city of Chelyabinsk. Yet even an object too small to detect can produce an impressive amount of destruction. The meteor was 15 meters across (compared with 50 meters for 2012 DA14) and weighed more than 7,000 metric tons when it entered Earth’s atmosphere, says Margaret Campbell-Brown, an astronomer at Western University in London, Ontario.

The soul is bone 16th April 2014 Post with 3 notes Some Cemeteries Part II here 16th April 2014 Photo with 388 notes This is the colourful candy-striped land snail (Liguus virgineus), and it’s only found on Haiti, Dominican Republic and Cuba. MediaWiki Note: the name "MediaWiki" is often confused with several other, similar, names; please see the glossary for an explanation of these. MediaWiki is wiki software, released under the GPL, that is used by Wikimedia projects and others. It is an implementation of a wiki, a content pool that anyone can freely edit. It is developed using MediaZilla (our version of BugZilla). MediaWiki 1.22.5 is the latest stable version, and is recommended for third-party users.

Plant a Question, Grow Answers AnswerGarden is a minimalistic feedback tool. Use it in the classroom as an educational tool or at work as a creative brainstorming tool. Post it in a tweet or you can embed it on your website or blog to use it as a poll or guestbook. 10 Search Engines to Explore the Invisible Web No, it’s not Spiderman’s latest web slinging tool but something that’s more real world. Like the World Wide Web. The Invisible Web refers to the part of the WWW that’s not indexed by the search engines.

The American Indian Souvenir Playing Cards, ca. 1900. “Fifty-three of the best photographs of the homes and faces of the Pueblo Indians, taken in the last few years by A. C. Vroman of Pasadena, are ingeniously arranged and excellently reproduced for The American Indian Souvenir Playing-Cards; and a zarape in colors illuminates the back of each card. It is a handsome and typical collection. Free Media Library in Blooms This list is distinctive as the resources are a) free and b) almost exclusively browser based. The list is also sorted by Blooms, meaning you are able to more easily consider your student outcomes FIRST. There are a few exceptions. Wikis in the Classroom: Three Ways to Increase Student Collaboration October 3, 2011 By: John Orlando, PhD in Teaching with Technology I’ve long said that professors who want to explore teaching with technology should begin with a social media tool rather than a Learning Management System. Web 2.0 tools are simple to use, invite student collaboration, and are usually less administratively clunky and complex than an LMS.

Back to School with Web2.0 - List of Resources - Interactyx I don’t think it matters how old we get there is something about a new school year starting that makes many of us think of new pencils, crayons and paper. And while school looks very different from when many of us went to school there is still that excitement about starting fresh and learning new things. So for the start of this new school year I went in search of new technology tools for students and teachers.

100 Websites You Should Know and Use Entertainment Meet David Peterson, who developed Dothraki for Game of Thrones There are seven different words in Dothraki for striking another person with a sword. Among them: “hliziﬁkh,” a wild but powerful strike; “hrakkarikh,”a quick and accurate strike; and “gezrikh,” a fake-out or decoy strike. 17 Web Toys for Your Procrastination Pleasure Sometimes you need to take a break from work and just veg out by doing something mindless and pleasant. TV or a game of solitaire is good for that, but both require a set time commitment. There are hundreds of alternatives on the internet in the form of web toys. These are sites that offer strange visuals, often interactive visuals, that require no real mental effort but might bring a smile to your face for a while.

Dark Roasted Blend "QUANTUM SHOT" #531Link - by Avi Abrams Army of tiny robots grows in number and sophistication Since our last "Robot Art" overview came out, these cute little bots multiplied like rabbits or Google spiders, and they all look good, so it's time for an update! (image courtesy Mike Rivamonte) Most of these robot figures (often called "nerdbots") are made from found objects, purely for your esthetic appreciation - and yet one can't shake the feeling that they might one day come to life (as if in some Stephen King story) and invade your cubicle, making shrill R2D2 sounds and mounting attacks on, say, a hated monstrous copy machine in the corner.

Wikis These four friends are going on a camping trip. They need to bring the right supplies because they're backpacking. The group needs to plan and plan well, so coordination is key. They're all computer users, so they start planning with an email.