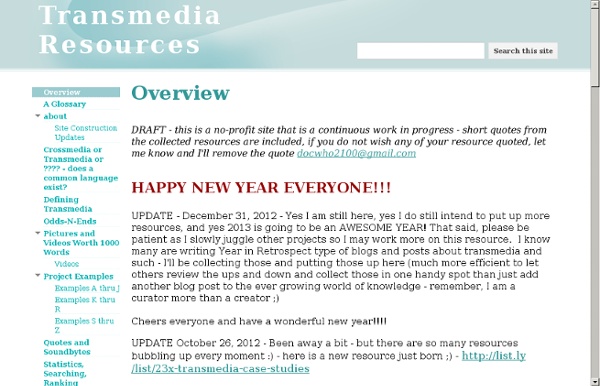 No Mimes Media LLC Installation Art : Who Cares? Dutch Film Premiere | NIMk 20 May 2011 NIMk, Amsterdam 5 - 7 pm The maintenance and conservation of installation art presents a big challenge. This documentary, produced under the commission of the SBMK, will be presented for the first time and aims to provide a glimpse from behind the scenes regarding contemporary art preservation practices and to shed light on the conservation of media art and performance based art. The film offers a glimpse behind the scence of the European museum. How to preserve and reinstall the work Notion Motion by Olafur Eliasson: 1.500 m2 of water, light and movement? The film is 30 minutes, English spoken, subtitled in Spanish, Dutch and German. This documentary has been created in collaboration with a group of experts from 35 organizations; working together in the INCCA affiliated projects Inside Installations (2004-2007) and PRACTICs (2009-2011). The film aims to inform and to increase the public's understanding and appreciation of installation art and its conservation. Program

ARGNet: Alternate Reality Gaming Network Bourne Legacy: A Spectacular Transmedia Opportunity | Transmythology There were some minor updates in the trades this past week regarding the status of the fourth Bourne movie, tentatively titled Bourne Legacy . Actors including Jake Gyllenhaal, Garrett Hedlund and Michael Fassbender are reportedly in the mix for the film, to be helmed by Tony Gilroy. The interesting thing is that the actors are not reading for the recast role of Jason Bourne (previously played by Matt Damon). Instead, Bourne Legacy is intended to expand the story universe in a way that builds upon the existing trilogy of movies, as explained by Tony Gilroy in this article from last October: The easiest way to think of it is an expansion or a reveal. Jason Bourne will not be in this film, but he’s very much alive. Amongst an increasingly reboot-friendly Hollywood paradigm, this is an incredibly ambitious and exciting approach to continuing a franchise. Firstly, however, I should note that I am not opposed to retellings or even straight-up reboots in some instances. A Final Note Like this:

Christy's Corner of the Universe: cross-platform, creative practice, strategy, research, marketing, life... Faits Divers Paranormaux The Power of User Generated Content At SXSW I watched Christopher Poole (founder of the infamous 4chan) introduce his new project Canvas. This isn’t as edgy as his previous meme factory. Canvas provides basic tools for users to post and alter pictures. Think of it like a message board where users have conversations through constantly evolving images. The success of Canvas hinges on growing a community of people excited to create remixes. Now more than ever, everyone from artists to storytellers should learn how to hone the power of UGC to build their internet presence. Here are some different ways to get people to create user generated content: What is your experience with user generated content?

Confessions of an Aca-Fan: The Official Weblog of Henry Jenkins Your Princess Is in Another Game: The MIT Mystery Hunt | Magazine  Alex Calhoun shares his experience participating in the 2011 MIT Mystery Hunt. Calhoun’s team, Codex Alimentarius, was the first to finish this year’s hunt, earning the privilege to design the 2012 hunt. By Alex Calhoun, originally posted at ARGNet The time is 12:17 p.m. on Friday, Jan. 14, 2011. But as any video gamer might expect, just as the couple begins to recite their vows, Bowser sweeps in and kidnaps Peach: I’m sorry Mario, but your wedding is in another Chapel! Attendees to the opening ceremonies for the 2011 MIT Mystery Hunt were greeted with this disrupted ceremony, kicking off an annual competition that pits teams ranging in size from five people to over a hundred as they attempt to solve more than a hundred puzzles in a race around the clock to find “The Coin,” the amorphous victory trophy that signals the end of the year’s Mystery Hunt. For the 2011 hunt, teams were tasked with assisting Mario rescue his bride-to-be. Puzzles in Mystery Hunt are structured in rounds.

What New Audiences Really Want POWER TO THE PIXEL « create, finance and distribute in a cross-media world Augmented reality projects transform Boston into a digital cyberland - Art, Arts & Entertainment With an open mind and smartphone in hand, people traveling from one area of the festival to another will look on as aliens invade the public space around them in an art project titled Occupation Forces. The artwork, created by Mark Skwarek, is made possible through a technology called augmented reality (AR for short). Geolocation-linked computer-generated graphics are superimposed onto the environment in real time via a specially designed augmented-reality smartphone app. As the participants view the scene on their smartphone it creates an interactive illusion that changes as they navigate through the area. "Viewers experience an unfolding narrative through time and space, transforming daily real-world existence into something visually stunning and otherworldly. An international artists collective called Manifest.AR will create multiple virtual exhibitions in and around Boston's Institute of Contemporary Art for the Cyberarts Festival too.

Transmedia Producers – Conducting Symphonies of Narratives We hosted the second in a series of exclusive Transmedia workshops last week in Washington D.C. with Starlight Runner’s Jeff Gomez. This time I had the opportunity to sit in on the workshop and wanted to share some key take-aways with DMW readers. For those of you not familiar with Jeff Gomez, he has worked on blockbuster franchises such as Avatar, Transformers and Pirates of the Caribbean. His visionary take on the role of the Transmedia Producer (TP) in the media production eco-system, has now been accepted as the industry standard: The Producer’s Guild of America added TP as an official credit last year. Specialist versus Generalist In one sense, I was under the impression that the TP represents the rebirth of the Renaissance Man in media – a person who can create compelling content across platforms and mediums. At Least Three Storylines Jeff Gomez defines a Transmedia narrative or project as one having three (or more) narrative storylines existing within the same fictional universe.