Transmedia storytelling with apps could expand but also exploit children's stories. The app market is estimated to generate US$77 billion (£47.2 billion) in revenue each year – and the segment of children’s apps has grown particularly strongly. 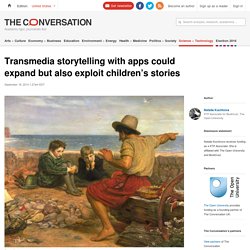 However, given that developing an app costs between $10,000-70,000 and each only sells for usually around a dollar, an app needs thousands of downloads to ensure a return on investment. Children’s app producers find it hard to survive and are desperately searching for a sound business model. Children’s app business models After Apple had to refund £19.9m and Google £11.6m to settle formal complaints over unauthorised in-app purchases by children, few would argue that in-app-purchases and in-app advertising models are appropriate for children’s software. 10 libros sobre narrativas transmedia. Narrativas transmedia: 15 principios. El estudio y la reflexión sobre las narrativas transmedia no se detiene. 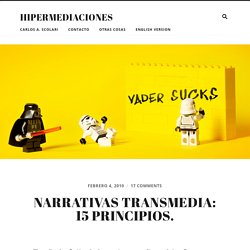 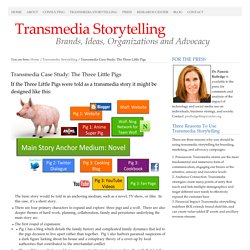 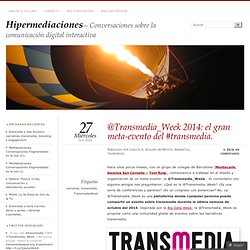 Al comentarlo con algunos amigos nos preguntaron: ¿Qué es la @Transmedia_Week? ¿Es una serie de conferencias y paneles? ¿Es un congreso con ponencias? No. From 'Oliver Twist' to 'Game of Thrones': Six serials and how they've deepened the art of storytelling. For a couple of years now, “transmedia” has been the buzzword most people use to define story­telling in the digital age. 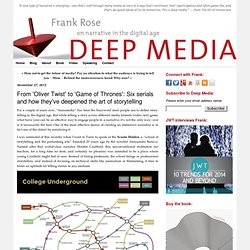 But while telling a story across different media formats (video, text, game, what have you) can be an effective way to engage people in a narrative, it's not the only way—nor is it necessarily the best. One of the most effective means of creating an immersive narrative is in fact one of the oldest: by serializing it. I was reminded of this recently when I went to Turin to speak at the Scuola Holden, a “school of storytelling and the performing arts” founded 20 years ago by the novelist Alessandro Baricco. S Ultimate Guide to Transmedia. Filmmakers and artists have been exploring transmedia, or new ways to tell stories in innovative and immersive ways using different platforms and new technology. 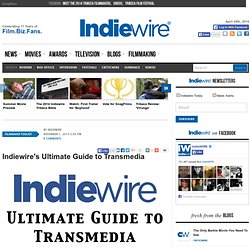 As filmmakers experiment with transmedia storytelling, they continue to look to Indiewire for resources on the best practices and tips for creating transmedia projects. Even though transmedia is still in its early stages, Indiewire has already gathered quite a bit on the topic, and we've got a list of our essential reading below. Interactividad, storytelling y engagement. 25 Ways To Plot, Plan and Prep Your Story. Transmedia engagement participatory culture to activism. A transmedia immersive adventure by Goat and Monkey + David Varela. Transmedia Resources. Ten Advice for Transmedia Storytellers. Disclosure – the following post is based on a brilliant list about creative photography that Chase Jarvis put up in October, which in turn was inspired by a post by Guy Kawasaki entitled ”What I learned from Steve Jobs”. 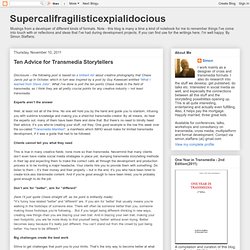 What I’ve done is port the ten points Chase made to the field of transmedia, as I think they are all pretty crucial points for any creative industry – not least transmedia. Experts aren’t the answer Well, at least not all of the time. Bellyfeel » How To Transmedia. Transmedia: A new instructional literacy. Creating Transmedia Narratives: The Structure & Design of Stories T... (10) Inanimate Alice talk @ Bett 2012.

Why Transmedia Is like a Walk in Patagonia. A couple of years ago I found myself in a small town in Patagonia called San Martín de los Andes. 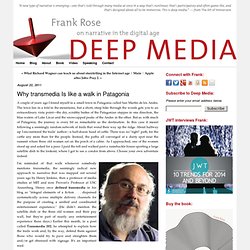 The town lies in a fold in the mountains, but a short, steep hike through the woods gets you to an extraordinary vista point—the dry, scrubby buttes of the Patagonian steppes in one direction, the blue waters of Lake Lácar and the snowcapped peaks of the Andes in the other. But as with much of Patagonia, the journey is every bit as remarkable as the destination. Your mom is Transmedia (updated) - 4D Fiction. (img based on Chaotic Fiction diagram by Sean Stacey) (followup articles, links, and commentaries appended) Can someone tell me what on earth “transmedia” means these days? 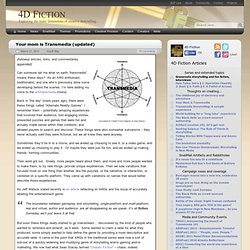 As an ARG enthusiast, traditionalist, and one who’s previously done some developing behind the scenes, I’m here adding my voice to the antitransmedia chorus. Back in “the day” (mere years ago), there were these things called “Alternate Reality Games”. I remember them – potentially amazing experiences that involved their audience, told engaging stories, presented puzzles and games that were fun and actually made sense within their contexts, and allowed players to search and discover. Sometimes they’d tie in to a movie, and we ended up choosing to see it; or a video game, and we ended up choosing to play it. Then word got out. Blair's : Project Lost Generation : Oldhollywood:Fred Astaire & Ginger Rogers in Top Hat (1935, dir. 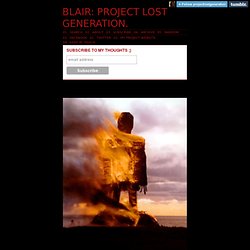 Mark Sandrich) (via) troposphera:A member of the Occupy movement rests while holding a protest sign on the steps of Federal Hall near the New York Stock Exchange, April 16, 2012. Video: Transmedia for Social Documentaries. Create for people! TEDxTransmedia - Jeff Gomez - DAREtoCHANGE. It's not you, it's Media. DIGITAL. Thoughts on Transmedia Storytelling, or, Is It Right for Every Story? In last week’s post, I noted some of the questions our South by Southwest panel received from the audience. One, in particular, needed more time and space to address: what’s the deal with publishing and its slow adoption of transmedia storytelling, a concept that includes some types of enhanced ebooks.

According the person asking the question (and a few on Twitter), everyone wants it. I don’t believe it is true that everyone wants publishing to leap into transmedia storytelling. If every story were multi-arc, multimedia, multi-point of entry, multi-everything, that would be akin to a diet of all reality television all the time. The Future of Augmented Reality « We Love… The Art of Immersion - Hollywood will never be the same. Transmedia Lab. Getting started in Transmedia Storytelling. Dummies Guide to Writing a Transmedia Production Bible. OK not really a Dummies guide as there are some complex elements in here, but one has to use whatever memes are in vogue A few weeks ago I was commissioned by Screen Australia to write a very basic structure & guide for producers relatively new to multi platform content to structure & document their propositions, after they have developed the ‘audience centric’ concepts.

This has just been published on the Screen Australia site as a digital resource for those needing to document projects for transmedia productions. Background? I had already been using a range of structures in my 17 years as cross media producer (BBC, MUVEDesign, GaryHayes.TV etc:) and lecturer (recently Multi Platform course lead at LAMP, Australian Film TV and Radio School, Metro Screen & many international workshops). The writing guide is free to download from the Screen Australia site, link below the introduction. Is It Really Transmedia?? Is It Really TransmediaStorytelling? Are there actionﬁgures? RedMagmaMedia Blog. At RedMagmaMedia, we have been investigating the new forms of storytelling for a long time. We have also tested many different methods and we have even developed proprietary technologies to recruit and engage large communities of participants around different types of content. We have reached the conclusion, that we have to be able to produce “4D Commercials” and we set in place a structure to achieve the goal.

What does “4D Commercials” means in practical terms? We believe that TV Commercials need to have 4 dimensions to be effective and to play a meaningful role in the present media landscape. Part book, part film, part website - O'Reilly Radar. How a web-based interactive documentary creates a new kind of book-reading experience I’ve been writing about and helping create digital books for about 15 years now and I don’t think I’ve seen anything as innovative, as well executed, and as plain lovely to look at as Welcome to Pine Point. No disrespect to the great work done by teams at Push Pop (Our Choice), Touch Press (The Elements), or Potion (NYPL Biblion), but all those projects take the print page as the starting point and ask: how can we best recreate that reading experience onscreen?

Pine Point, instead, is an example of something that couldn’t exist in any other medium. Its creators describe it as “part book, part film, part website”, which sounds about right; it mixes audio, video, still photos, prose, and movable images to tell the story of a Canadian town that was abandoned, and then demolished, in the late 1980s. Storycentral DIGITAL. Guagua Pública: How to start the transmedia standards process. I love used book stores! And libraries too! There is something about the smell of rotting books, I know, weird isn't it? Towards a definition of transmedia… : Brooke Thompson : GiantMice.com. Why the Book and the Internet Will Merge (Hugh McGuire) Hugh McGuire builds tools and communities where book publishing and the web intersect.