My philosophy for a happy life: Sam Berns at TEDxMidAtlantic 2013 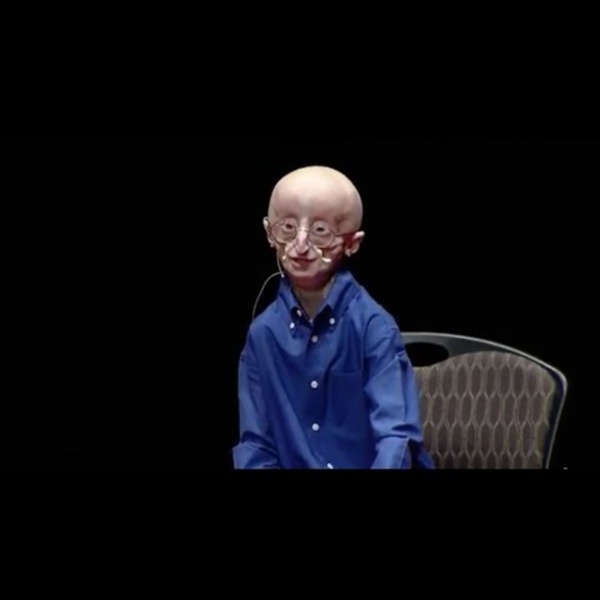 Biker gang steps up to help daughter suffering from child abuse  We've all been on the road and seen a pack of leather-clad bikers come roaring down the highway. Large and loud, it's hard not to be at least a little intimidated by a menacing-looking group of burly, bearded men on choppers riding past you. If you're lucky, you might even spot a particularly "menacing" group that is earning a name for itself in ways most would never expect from bikers. The group BACA, or Bikers Against Child Abuse, has no intention of striking fear into the hearts of children or mothers. The Other Pair This ELT lesson plan is designed around a short film by Sarah Zorik titled The Other Pair and the themes of altruism and empathy. Students watch a short film, write a story, and speak about a story. I would ask all teachers who use Film English to consider buying my book Film in Action as the royalties which I receive from sales help to keep the website completely free.

17 books everyone should read, according to Bill Gates oninnovation/flickr While Bill Gates has a schedule that's planned down to the minute, the entrepreneur-turned-billionaire-humanitarian still gobbles up about a book a week. Aside from a handful of novels, they're mostly nonfiction books covering his and his foundation's broad range of interests. A lot of them are about transforming systems: how nations can intelligently develop, how to lead an organization, and how social change can fruitfully happen. We went through the past five years of his book criticism to find the ones that he gave glowing reviews and that changed his perspective. 'Tap Dancing to Work: Warren Buffett on Practically Everything, 1966-2012' by Carol Loomis The Best Part of Life - Sistering Recently someone stood up at one of our events and said, G: If you could give women one piece of advice, what would it be? And I said: Sister each other, because Sistering is the best part of life. Then I described what Sistering is, what it looks like and feels like.

Beloved teen Sam Berns dies at 17 after suffering from rare disease Saturday night could have been a moment for Sam Berns to celebrate -- standing in the middle of Gillette Stadium, flanked by some of his beloved New England Patriots, and no doubt cheered heartily by the nearly 70,000 fans surrounding him. But it wasn't to be. Instead of having Berns as an honorary captain in their NFL playoff with the Indianapolis Colts, the Patriots held a moment of silence for the young man who inspired them and many others as he lived with progeria, which causes premature, accelerated aging. "Do it for Sammy!" one man yelled, piercing the quiet, in video of the ceremony on Boston.com. Berns died Friday evening due to complications from the rare genetic disease, according to the Progeria Research Foundation.

My Walker Does Not Define Me: Emily's Story - A Beautiful Body Project I wasn't always confident in my body image. My body works differently than an able body. I have a mild form of cerebral palsy and use a walker. I am grateful for my body. I can do a lot. Stephen Hawking: This will be the impact of automation and AI on jobs. Read more British scientist Prof. Stephen Hawking gives his 'The Origin of the Universe' lecture to a packed hall December 14, 2006 at the Hebrew University of Jerusalem, Israel. Hawking suffers from ALS (Amyotrophic Lateral Sclerosis or Lou Gehrigs disease), which has rendered him quadriplegic, and is able to speak only via a computerized voice synthesizer which is operated by batting his eyelids.

Top Ten Kindness Stories of 2010 1: A 15 Year Blessing From A Homeless Person On the way back from work every evening, more often than not there would be a homeless man standing at the exit of the freeway... He always waved at every car, he was always happy and smiling and sometimes almost dancing. Every day after work I would remember to gather any spare change, and put it aside to give to him if I saw him. Woman Undergoes Bizarre Body Changes In Short Film Barbara is a passionate writer and animal lover who has been professionally blogging for over 10 years and counting. While Anna is preparing for a first date with Henry, a man she has secretly loved for years, everything goes wrong until she discovers the impossible — she’s suddenly able to sculpt her appearance like clay to any shape she desires. Written and directed by Sandy Widyanata,”Plastic” is a popular short film that was released in 2008. It delves into the issue of women’s body image issues and the power of self acceptance. Watching Anna manipulate her face and body in her bathroom — pulling at her nose until it reaches the perfect point, stretching her neck like a giraffe until it’s long and thin — is bizarre, comical and even creepy at times. The more Anna changes her appearance, the more invigorated she feels.

Achilles International In 1976, Dick Traum, an above the knee amputee, found himself approaching middle age and out of shape. After joining a local YMCA, Dick began running – small distances at first and then, eventually several miles. Within a year, Dick became the first amputee to run the New York City Marathon. The experience was life changing, bringing a powerful sense of achievement and self-esteem. Give Back This Season with a Reverse Advent Calendar! 3Save What is a Reverse Advent Calendar? This clever way to give back has you collecting items every day in December to donate at the end of the month to a homeless shelter or food bank! I made a FREE printable of suggested donation items that you can print and use for convenience.

Life Lessons From Richard Branson This transcript has been automatically generated and may not be 100% accurate. ... even among the small group of entrepreneurs and businessmen who achieved his level of success ... How Face Masks, Art and Theatre Are Helping Autistic Children Read how a theatre specialist is using face masks to help autistic children overcome the challenges of making eye contact, focusing and concentrating. When Parasuram Ramamoorthy, a theatre specialist, heard the word autism for the first time, he misheard it as ‘artism’. That was happenstance with a purpose, because from then on art has been changing the lives of many children with autism. Neurologists across the world are trying to solve the three biggest challenges of autism – the inability of autistic children to make eye contact, their short attention span and their lack of empathy. These seemingly insurmountable challenges have been surpassed not by any medical miracle but a simple tool used in traditional Indian theatre – the face mask. Video story by Our Better World