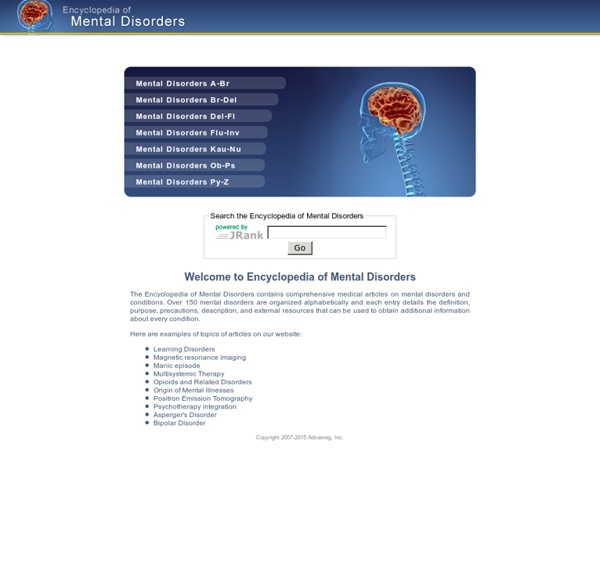 You may be an empath if... - Charleston Spirituality If you feel - truly, physically feel - another person's pain; if you often know what people are thinking; if you are sensitive to light, sound, taste and smell; if you experience emotions you don't understand; if you can sense another person's energy - whether negative or positive - you may be an empath! Empathy, which literally translates as in feeling, is the capability to share another being's emotions and feelings. It is one type of psychic abilities, such as clairvoyance or aura reading. The ability comes unbidden; and sometimes unwanted. Elise Lebeau gives an eloquent definition of empath on her website What is an Empath? An empath is someone who can feel other people's emotions as their own: you literally feel what other people feel. Empaths find themselves in the tricky situation of being overwhelmed by the quantity of emotional information they receive. The most problematic aspect of being an empath is that most of us have no idea how to manage it. Definition Symptoms of Empaths

Visual language A visual language is a system of communication using visual elements. Speech as a means of communication cannot strictly be separated from the whole of human communicative activity that includes the visual[1] and the term 'language' in relation to vision is an extension of its use to describe the perception, comprehension and production of visible signs. Overview[edit] An image that dramatizes and communicates an idea presupposes the use of a visual language. The elements in an image represent concepts in a spatial context, rather than the linear form used for words. Visual Language[edit] Visual units in the form of lines and marks are constructed into meaningful shapes and structures or signs. Imaging in the mind[edit] What we have in our minds in a waking state and what we imagine in dreams is very much of the same nature.[3] Dream images might be with or without spoken words, other sounds or colours. Meaning and expression[edit] Perception[edit] The sense of sight operates selectively.

Visualization (computer graphics) See also Information graphics Visualization or visualisation is any technique for creating images, diagrams, or animations to communicate a message. Visualization through visual imagery has been an effective way to communicate both abstract and concrete ideas since the dawn of man. Examples from history include cave paintings, Egyptian hieroglyphs, Greek geometry, and Leonardo da Vinci's revolutionary methods of technical drawing for engineering and scientific purposes. Visualization today has ever-expanding applications in science, education, engineering (e.g., product visualization), interactive multimedia, medicine, etc. Charles Minard's information graphic of Napoleon's march Computer graphics has from its beginning been used to study scientific problems. Apart from the distinction between interactive visualizations and animation, the most useful categorization is probably between abstract and model-based scientific visualizations.

Visual thinking Visual thinking, also called visual/spatial learning, picture thinking, or right brained learning, is the phenomenon of thinking through visual processing. Visual thinking has been described as seeing words as a series of pictures.[citation needed] It is common in approximately 60%–65% of the general population. "Real picture thinkers", those persons who use visual thinking almost to the exclusion of other kinds of thinking, make up a smaller percentage of the population. Research and theoretical background[edit] In the Netherlands there is a strong and growing interest in the phenomenon of 'true' "picture thinking", or "beelddenken". Non-verbal thought[edit] Thinking in mental images is one of a number of other recognized forms of non-verbal thought, such as kinesthetic, musical and mathematical thinking. Linguistics[edit] A common assumption is that people think in language, and that language and thought influence each other. Multiple intelligences[edit] Split-brain research[edit] Autism[edit]

19 Outstanding Words You Should Be Working Into Conversation There are some of our favorite words that appeared in mental_floss stories in 2011. Some are foreign words. Others come from medical dictionaries. And there's a surprising amount of hobo slang. Have fun working these into conversation this holiday season! Gene Lee / Shutterstock.com 1. 2. 3. 4. milliHelen: The quantity of beauty required to launch just one ship. 5. 6. 7. 8. © Joe Giron/Corbis 9. 10. 11. 12. 13. 14. 15. 16. 17. 18. 19. Thanks to Stacy Conradt, Adrienne Crezo, Bill DeMain, Haley Sweetland Edwards, Jamie Spatola, Ethan Trex and a reader named John .

Top 20 Figures of Speech - Figurative Language - Definitions and Examples of Figures of Speech By Richard Nordquist Updated September 22, 2015. A figure of speech is a rhetorical device that achieves a special effect by using words in distinctive ways. Though there are hundreds of figures of speech (many of them included in our Tool Kit for Rhetorical Analysis), here we'll focus on just 20 of the most common figures. You will probably remember many of these terms from your English classes. But the fact is, whether we're conscious of it or not, we use figures of speech every day in our own writing and conversations. For example, common expressions such as "falling in love," "racking our brains," "hitting a sales target," and "climbing the ladder of success" are all metaphors--the most pervasive figure of all. Using original figures of speech in our writing is a way to convey meanings in fresh, unexpected ways. continue reading below our video Loaded: 0% Progress: 0% For advice on creating figures of speech, see Using Similes and Metaphors to Enrich Our Writing. The Top 20 Figures

Aura - Learn to see your Aura image with your own eyes What is the Aura ?Everything in the Universe seems to be just a vibration. Every atom, every part of an atom, every electron, every elementary “particle”, even our thoughts and consciousness are just vibrations. Hence, we may define the Aura as a electro-photonic vibration response of an object to some external excitation (such as an ambient light for example). This definition is sufficient for the purpose of reading Auras, providing that we can train ourselves to see the Aura vibration.The most important property of the Aura seems to be the fact that it contains INFORMATION about the object.Aura around living (conscious) objects (people, plants ...) changes with time, sometimes very quickly.

How to See the Aura | Explore Meditation When young children draw pictures of people, they think it quite normal to pick bright colors and scribble over different body parts. They don’t put much thought into it … They grab a pencil or crayon from the pile and scribble where it feels most appropriate. For many people, this lends credibility to their belief that it is common for children to see auras. And what do most teachers and parents do? We may boast that our children have colorful imaginations, but we may well be missing that seeing aura’s is a natural occurance, and inadvertently doing all we can to dull their psychic sense. But seeing auras is a skill that we can re-learn. Anyone can learn how to see the aura . 1. Physical Aura Viewing Let’s look at physically seeing the aura first. Mechanically, the iris is the muscle of the eye that controls the amount of light which is let through the pupil. It is said that ordinarily we use about 20% of these nerves, which is in effect, 20% of our eyes actual capacity.

Astral Voyage - Astral Projection - Beginner's Guide Although I have provided links to other interesting Astral Projection web sites, I would like to cover several experiences that I went through as a beginner that might help you. First, what is astral projection? Astral projection is simply the transferring of the consciousness from the physical body to the astral body. Now, I will outline the progress of how I learned to astral project: Desire: First is the desire. Fear: "Fear is the great barrier to human growth." Concentration: One of my personal big obstacles! Relaxation: Countless people have repeatedly stressed this and that's because it's true. Here are some things that I have personally implemented myself: knowing when is "enough" in my career. Focus 10: (aka the hypnagogic state-- see Glossary for term definition). Separation: Ok, now the interesting stuff! The first time is always shocking and you'll usually throw yourself out of the state before anything happens, but if you can, just let the vibrations continue.

Astral Projection - How to Astral Project Excerpt from Leaving The Body: A Complete Guide to Astral Projection, D. Scott Rogo by D. One of the chief barriers people learning to project face is fear. Once you are aware that you cannot be harmed by projecting, you should begin Monroe's techniques, step by step. Step one: Relax the body. Step two: Enter the state bordering sleep. Step three: Deepen this state. Step Four: Enter a state of Vibration. Remove all jewelry or other items that might be touching your skin. Step five: Learn to control the vibrational state. Step six: Begin with a partial separation. Step seven: Dissociate yourself from the body. Another method is the "Rotation method" or "roll-out" technique. If, after all this, you still can't project, I recommend purchasing Leaving the Body , by R. Note from Starwitch: I've read Robert Monroe's books many times. CD set to teach you how to have OBEs.

Brendan D. Murphy - The promise of energy psychology Posted on Tuesday, 3 September, 2013 | 4 comments Columnist: Brendan D. Murphy The Promise of Energy Psychology Brendan D. Energy psychology describes a collection of novel psychological interventions that "balance, restore, and enhance human functioning by stimulating the human subtle energy system," which includes the acupuncture meridian system, chakras, and nadis. In short, EP modalities use both psychological interventions and energetic interventions together.(3) The result is something far greater than the sum of the parts: EP techniques offer a uniquely powerful way to address and heal the subconscious mind from which around 95% of our thoughts and behaviour originate. EFT and TFT For psychological issues rooted deeply in intense emotion (more so than at the mental level), EFT, TFT, and Matrix Reimprinting (which developed from EFT) may be more effective more of the time than virtually any other therapies. Overall, Matrix Reimprinting Psyche-K