The Mask You Live In - Trailer 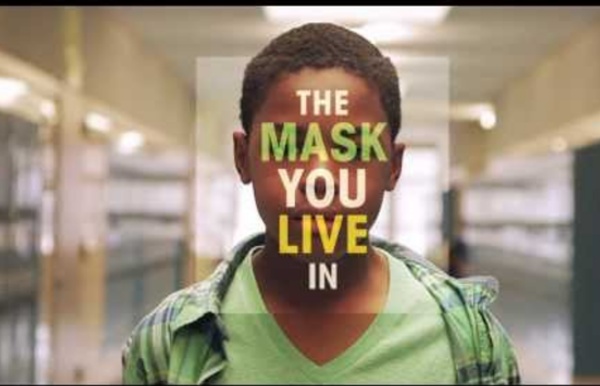 New Superhero T-Shirts Latest in a Long Line of Sexist Licensed Products from DC AND Marvel I’m not entirely sure who is making the decisions when it comes to licensing at DC Entertainment, but recently two somewhat controversial shirts have appeared at retail outlets, and it’s safe to say most people aren’t very happy with them. The first shirt was revealed on the DC Women Kicking Ass page, which features an image of Superman and his now-girlfriend Wonder Woman locked in a mid-air kiss from the cover of Justice League #12, with art by Jim Lee. It’s already an older image, so why all the hubbub now?

Wonder Woman and Superman get new costumes in the comics This year, both major comic houses summer events are going to reboot their continuities. Marvel is going all in and throwing out their “616” universe and years of continuity in an event called Secret Wars and DC is doing a minor reboot in an event called Convergence. Where as Secret Wars is ending a large swath of Marvel continuity, DC’s mini reboot is notable for ending the so called “New 52,” their experiment in a complete reboot of their line undertaken in 2011. Not all of the new comics soared, some flat out face-planted, but some of the New 52 eventually found its footing and prospered for a few years (for my – and a lot of readers’ money – it’s Scott Snyder’s work with Batman). Convergence will hit this April and by the time June rolls around, the New 52 era at DC will be over. Now it’s time for something new once again!

Yvonne Brill and the Beef-Stroganoff Illusion The most grating phrase in the opening paragraph of the Times’s obituary of Yvonne Brill, a rocket scientist whose inventions satellites still depend on, is not the one the newspaper changed after a burst of outrage—the one about beef Stroganoff. The Stroganoff, if anything, is a clue, one ignored in the obituary, whose greater flaws, like Brill’s achievements, are hidden in plain sight. Here is how it originally began: She made a mean beef stroganoff, followed her husband from job to job and took eight years off from work to raise three children. “The world’s best mom,” her son Matthew said. But Yvonne Brill, who died on Wednesday at 88 in Princeton, N.J., was also a brilliant rocket scientist, who in the early 1970s invented a propulsion system to help keep communications satellites from slipping out of their orbits.

Free Walking Tours Budapest You’re walking around the streets of Budapest and it’s the 15 th of March. There are people everywhere with red-white and green Hungarian flags in their hands or pinned up on their coats, commemorations, celebrations are going on everywhere, most of the shops are closed and you wonder why. Let us tell you! Brenda Milner: A scientific pioneer and a reluctant role model In the early 1950s, Wilder Penfield, one of the world’s leading neurosurgeons at the time, performed what should have been a straightforward elective surgery. The patient, an engineer who headed his department, had come to the Montreal Neurological Institute and Hospital, affiliated with McGill University, with epileptic seizures. The results of the surgery were catastrophic. “He couldn’t remember anything that happened. He couldn’t go out for dinner and follow a conversation,” recalls the neuropsychologist Brenda Milner. “He had to be demoted to draftsman.

Lisa Randall: Warped view of the universe Two years after her climbing accident, Lisa Randall shakes her head, still not quite able to accept the reality of the laws of physics. "It just shouldn't have happened," she says. "I was climbing safely, the conditions were good, the route wasn't that difficult and I was properly roped up. The Finkbeiner Test - DoubleXScience What matters in stories about women scientists? By Christie Aschwanden Men dominate most fields of science. 44 Amazing Comparison Photos That Will Give You A New Perspective - DailyBee One thing can be said for sure: perspective is a really beautiful thing. If you truly want to appreciate something, you should do it by making comparisons with slightly altered parameters. Here we have gathered a series of beautiful photos that will shake up your perspective and reveal the world in a new light. 1. 11 Days Difference This is nature doing a good job.