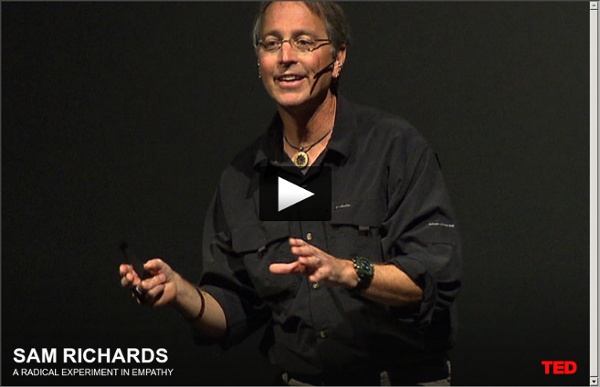 TED-Ed website launches in beta, lets teachers customize video lessons TED-Ed Launches Groundbreaking Website with New Tools for Customized Learning TED-Ed Platform Allows Teachers to "Flip" Video Content and Create Tailored Lesson Plans NEW YORK--(BUSINESS WIRE)--TED, the nonprofit organization devoted to "Ideas Worth Spreading," today launches the second phase of its TED-Ed initiative: a groundbreaking website [ housed on TED.com that enables teachers to create unique lesson plans around TED-Ed video content. "Kohl's is committed to kids' education and we are thrilled to partner with TED to provide inspiring educational tools for teachers and students around the world" TED-Ed seeks to inspire curiosity by harnessing the talent of the world's best teachers and visualizers – and by providing educators with new tools that spark and facilitate learning. The TED-Ed site was built with a $1.25 million commitment from Kohl's Department Stores, and optimizes TED content for use in educational settings.

Martin Nowak Martin Andreas Nowak (born 1965) is the Professor of Biology and Mathematics and Director of the Program for Evolutionary Dynamics at Harvard University. Career[edit] Martin Nowak studied biochemistry and mathematics at the University of Vienna, and earned his Ph. D. in 1989, working with Peter Schuster on quasi-species theory and with Karl Sigmund on evolution of cooperation. Nowak works on the dynamics of infectious diseases, cancer genetics, the evolution of cooperation and human language. Nowak was co-director with Sarah Coakley of the Evolution and Theology of Cooperation project at Harvard University, sponsored by the Templeton Foundation.[11] He is also a member of the Board of Advisers of the Templeton Foundation.[12] In a lecture given at Harvard in March 2007 called "Evolution and Christianity", Nowak, a Roman Catholic,[13] argued that "Science and religion are two essential components in the search for truth. Supercooperators[edit] Research interests[edit] Career[edit]

The Empathic Civilization | Jeremy Rifkin What a Non-Partisan Plan for U.S. Entrepeneurship Would Look Like - Derek Thompson The Republican National Convention praised small businesses and the Democratic response will praise the administration's role in helping job creators. But what would a non-partisan plan for entrepreneurs look like? The theme of the first day of the Republican National Convention was "We Built It," a rallying-cry from entrepreneurs who insisted that they didn't need government to start their businesses. But what would an entrepreneur-first platform, stripped of party politics, really look like? Here are your ideas... It all starts with consumers... Address the housing/household debt crisis. How health care costs pushed an entrepreneur into government work Six years into my law enforcement career, I was hospitalized with a major illness. 'Universal single payer would cause an explosion of entrepreneurship' Universal single payer health care would cause an explosion of entrepreneurship the likes of which the USA has not seen in a long, long time. 'The "pay raise" goes to [health] benefits'

SuperCooperators: Altruism ... 10 talks on making schools great With just over a month to go before the 2012 presidential election in the US, eyes around the world are on the contest between Barack Obama and Mitt Romney. The election may well come down to a few key issues. So what matters most to Americans? The TED Blog read this Gallup poll from late July on issues that citizens want the next president to prioritize. Conveniently, these are topics that speakers often address on the TED stage. Among the most important questions in the upcoming election is, “How can we improve the nation’s public schools?” To get you thinking, talking and voting, here are 10 talks from speakers with some very big ideas about how to reshape our school environments. Sir Ken Robinson: Bring on the learning revolution! Emily Pilloton: Teaching design for change Education challenges can be met with design solutions, says Emily Pilloton. Daphne Koller: What we’re learning from online education Universities should not be closed-door institutions, says Daphne Koller.

On Optimism and ‘Human Nature’ « Patrick F. Clarkin, Ph.D. In the last few days, I came across a couple of unrelated quotations on human nature and our internal tug-of-war between cooperation and conflict. A 20 year-old Charles Darwin in an 1830 letter to his cousin, W.D. Fox: It is quite curious, when thrown into contact with any set of men, how much they continue improving in ones good opinion, as one gets ackquainted (sic) with them. This was an argument used, in a religious point of view, by a very clever Clergyman in Shrews. to encourage sociability (he himself being very fond of society), for he said that the good always preponderates over the bad in every persons character, & he thought, the most social men were generally the most benevolent, & had the best opinion of human nature. I have heard my father mention this as a remarkably good observation, & I quite agree with him.” In “East of Eden,” John Steinbeck wrote: In uncertainty I am certain that underneath their topmost layers of frailty men want to be good and want to be loved.

‘This Is Water’: Complete Audio of David Foster Wallace’s Kenyon Graduation Speech (2005) Last month, on the occasion of the author’s 50th birthday, we posted a large collection of free essays and stories by David Foster Wallace. But we missed a rare item: the complete audio recording of the commencement address Wallace gave at Kenyon College, in Ohio, on May 21, 2005–three years before he took his own life. The text of the speech has been published on the Internet and as a book called This Is Water: Some Thoughts, Delivered on a Significant Occasion, about Living a Compassionate Life, but the complete audio version has been hard to find. In the speech, Wallace talks about the challenge of moving beyond the superficial kind of freedom that can be acquired through power and wealth, toward a truer liberation that arises only when we become more fully conscious of the world outside our “tiny skull-sized kingdoms.” He says: You can listen to the first half of the speech above.

SuperCooperators - By Martin A. Nowak “SuperCooperators” (written with Roger Highfield, editor of New Scientist magazine) is an absorbing, accessible book about the power of mathematics. Unlike Darwin with his brine bottles and pigeon coops, Nowak aims to tackle the mysteries of nature with paper, pencil and computer. By looking at phenomena as diverse as H.I.V. infection and English irregular verbs, he has formally defined five distinct mechanisms that have helped give rise to cooperative behavior, from the first molecules that joined to self-replicate, to the first cells that formed multicellular organisms, all the way to human societies, which exhibit a degree of cooperation unmatched in all creation. At the heart of Nowak’s ideas is the haunting game of Prisoner’s Dilemma. In “SuperCooperators,” Nowak argues that two of his mechanisms, indirect reciprocity and group selection, played an important role in human evolution. Cooperation also breeds division of labor, as any ant or gene will tell you.

How feeling socially connected can make strangers' hearts beat together We find it easier to empathise with people who are socially and emotionally close to us, of course we do. Research has even shown how the sight of a loved one in pain triggers a kind of simulation of their agony in the pain network of our own brain. A new study builds on this, showing that superficial feelings of connectedness with a stranger are enough to lead to a mirroring of their emotions and even their heart rate. In two studies, David Cwir and his collaborators had dozens of undergrads reveal their cultural interests and favourite places to visit. The general format was the same for both studies: each participant was paired with another student who, unbeknown to them, was an accomplice working for the researchers. In the first study, the get-to-know you interview stage was followed by a random task allocation - either the participant would have to give a short presentation or the other student would. Cwir, D., Carr, P., Walton, G., and Spencer, S. (2011).

Brene Brown: The Power Of Vulnerability In this special year-end collaboration, TED and The Huffington Post are excited to count down 18 great ideas of 2011, featuring the full TEDTalk with original blog posts that we think will shape 2012. Watch, engage and share these groundbreaking ideas as they are unveiled one-by-one, including never-seen-before TEDTalk premieres. Standby, the countdown is underway! Watch research professor Brené Brown discuss the importance of opening up oneself and feeling vulnerable, then read her follow-up post below. My entire research career has been fueled by a commitment to bring to light the emotions, thoughts, and behaviors that we all experience but never discuss -- to find patterns and connections in our experiences so that we can learn more about the journey from fear and scarcity to love, belonging, and worthiness. The most difficult and most rewarding challenge of my work is how to be both a mapmaker and a traveler. One of my favorite quotes is from theologian Howard Thurman.

How to End a Relationship Views: 24037 It’s a skill that’s just as important, but far less studied, than knowing how to start things off. We’re typically appalling at it. We mumble, we delay, we become strange, we hedge… And there’s one reason we make such a mess of it. We hesitate to be cold and try to be nice because we are sentimental. But kindness has no role whatsoever to play at the charred end of relationships. We need above all to kill hope. The kindest way to end a relationship is to make extremely brutal speeches – of a sort that will leave the other person in no doubt at all that you’re not an especially nice person. There’s no excuse for delay. There’s nothing at all wrong with deciding someone isn’t for you.