RSA Animate - The Power of Outrospection 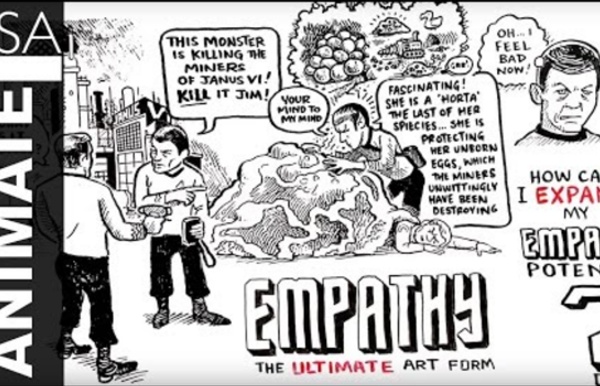 How to Be Outgoing: 7 Steps Edit Article Help with Being OutgoingMastering the Art of ConversationThinking Positively, Effectively, and ConfidentlyMaking It EasierBeing a Social Butterfly Edited by Troy, Dan McGillen, BrettCapewell, Falcon Strike and 98 others Contrary to popular belief, you do not have to be confident in order to be outgoing. Think about it. You've probably known people who were insecure and outgoing at the same time. Empathy Circles - Lidewij Niezink, PhD Empathy Circles: Building a Culture of Empathy In 2012 I joined forces with Edwin Rutsch of the Center for Building a Culture of Empathy and Compassion. Edwin is building an Empathy Movement and together we have developed Empathy Circles as a hands-on instrument in building a culture of empathy. Most materials are available through this site. In the circles we go through different stages of empathy: Self-empathy, mirrored (emotional) empathy, reflective empathy, imaginative (perspective taking) empathy and empathic arising. We are currently developing a handbook as well as a facilitator's guide for the circles.

3 Bad Habits That Can Derail Any Relationship As a marriage therapist, one of the questions I get asked most by family and friends is What should I do so we don’t end up in couples therapy? As a wife, I get it: you want to know what goes wrong in other relationships so you can avoid it in yours. Unfortunately, there’s no magic checklist that will guarantee marital bliss. But I’ve seen enough couples in my professional life that I can offer an insider’s look at the three bad habits that I see often in the unhappy couples who find themselves on my couch. DMC Community Shows Compassion for Syrian Refugees by the Box-load - HCT News The HCT-Dubai Men’s College (DMC) community has dug deep and demonstrated its compassion and care for the plight of Syrian refugees by generously donating over 200 boxes of goods to the Emirates Red Crescent organization. The selfless humanitarian efforts come as a result of a group of DMC students who created and coordinated a refugee fundraising campaign, which ran from March 6-24, as part of their General Studies Community Service course. The students reached out to the student body and the wider DMC community through the clever use of social media platforms and face-to-face engagement, whereby they sought donations of a variety of items such as clothing (including shoes), sheets and blankets, medical supplies (bandages, band aids, wraps, cotton wool), rope, soaps, lighting (torches), tissues, can openers, hairbrushes and hair bands, water aids (soluble tablets), baby food (soft packets), cereals, dates, rice, flour and canned foods.

Social skills Social skill is any skill facilitating interaction and communication with others. Social rules and relations are created, communicated, and changed in verbal and nonverbal ways. The process of learning such skills is called socialization. Jeremy Rifkin: 'Empathic Civilization': When Both Faith And Reason Fail, Stepping Up To The Age of Empathy While our radio talk shows and 24-hour cable TV news programs incessantly play off the political rift between conservative and liberal ideologies, the deeper conflict in America has always been the cultural divide between faith versus reason. At the dawn of the modern market economy and nation-state era, the philosophers of the Enlightenment challenged the Age of Faith that governed over the feudal economy with the Age of Reason. Theologians and philosophers have continued to battle over faith vs. reason ever since, their debates often spilling over into the cultural and political arenas, with profound consequences for society. Today, however, at the outset of a global economy and the biosphere era, a new generation of scientists, scholars, and social reformers are beginning to challenge some of the underlying assumptions of both the Age of Faith and the Age of Reason, taking us into the Age of Empathy.

Buddhadharma In Everyday Life. ~ via Linda Lewis Lojong 12, “Drive All Blames into One” Perhaps the most challenging and provocative of Atisha’s slogans is Drive All Blames into One. Why in the world would anyone want to do such a thing? Who wants to invite blame? Compassion Cultivation Training – Spring 2016 – Monday Evenings - Mary Doane - The Center for Compassion and Altruism Research and EducationThe Center for Compassion and Altruism Research and Education ‹ CATEGORY:Compassion Cultivation Training TIME: 7:00 pm - 9:00 pm DATE: Monday, March 28, 2016 - Monday, May 16, 2016 LOCATION: Li Ka Shing Center for Learning and Knowledge (LKSC), 291 Campus DriveStanford, CA 94305 Map>> Course Description Compassion Cultivation Training (CCT) is an educational program designed to help you improve your resilience and feel more connected to others – ultimately providing an overall sense of well-being.

How to Become More Outgoing and Daring in Life: 8 Steps Edit Article Edited by Kiwimeister, Flickety, Teresa, Steven Horton and 2 others Are you feeling lonely or depressed? Maybe you just want some more friends or want to become more outgoing? Maybe you feel as though you aren't awesome enough?