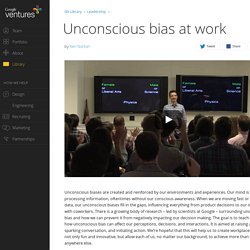 Our mind is constantly processing information, oftentimes without our conscious awareness. When we are moving fast or lack all the data, our unconscious biases fill in the gaps, influencing everything from product decisions to our interactions with coworkers. There is a growing body of research – led by scientists at Google – surrounding unconscious bias and how we can prevent it from negatively impacting our decision making. BBC staff take 'unconscious bias' course to encourage more diverse recruitment. Mr Harding said: "If we really are determined to make the BBC more representative of the audiences it serves, then we have to intervene. 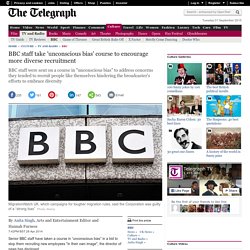 "There is no single fix that is either practical or fair. Instead, we have to set in motion a great many things which will, together, add up to a fundamental change. " He added: "Across News, we worry that we have a tendency to recruit in our own image, so all members of the News Group Board have taken a course in unconscious bias. " Reducingunconsciousbiasorganisationalresponses.pdf. A-head-for-hiring_2015-behavioural-science-of-recruitment-and-selection.pdf. The three things holding women back at work. Ever looked around a boardroom and wondered where all the women are? 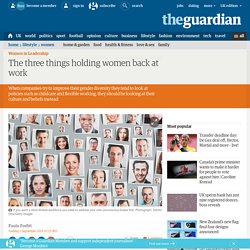 Me too. The reality is that while the number of women on FTSE boards has nearly doubled over the past four years, and there are countless studies extolling the virtues of diversity on decision-making, inclusivity and business performance, very few companies can truly say, “we do diversity well.” Despite recent progress on gender diversity, organisations continue to struggle with turning good intention into positive action. Based on my seventeen years in recruitment, I’ve found that three factors are keeping talented women out of the boardroom. Unhelpful stereotypes Unhelpful stereotypes mean women are held back, even before entering the jobs market. Female board members also remain tied to the expectations of stereotypically feminine traits. Unconscious bias and its effect on healthcare leadership. The need to build organisational cultures in which there is high quality, ever improving compassionate care focused on the needs of patients is now an indisputable and understandable refrain of health policy. 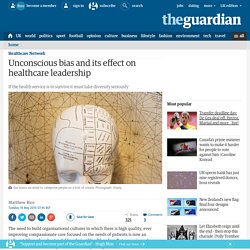 But, experience has demonstrated time and again that achieving change takes considerable time, energy, passion and conviction. Culture is about values but it is also made up of the countless interactions and exchanges between people every day. These interactions form the basis of relationships and within organisations relationships are the basis of culture. Culture is hard to pin down and while we can’t help but contribute to it, changing it is difficult. At the King’s Fund we have published a compelling evidence base in support of an approach to developing collective leadership as a way of changing culture. There’s an unconscious race bias at work. I know, because I’ve taken the test.

Dr Richard Stone, the tireless equality activist, used to tell me about the PLUs – People Like Us. 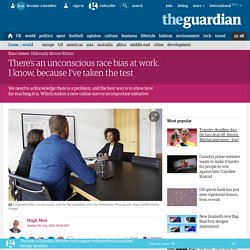 This, he said, involved employers advertising vacancies far and wide, speaking to candidates of all ages and backgrounds, and then choosing the one that most reminded them of themselves. Not in appearance, perhaps. Sometimes the reflection would relate to background, experiences, mannerisms, pastimes. The process wasn’t always born of strategy, although many a recruiter – seeing excellence in themselves – will seek to replicate that in their hiring. Glass ceilings and the law: unconscious bias must be acknowledged. Almost 40 years after the Sex Discrimination Act came into force, women are still struggling to be promoted into senior posts in most businesses. 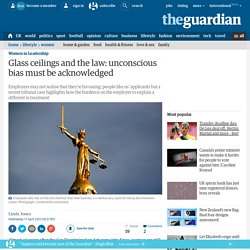 The Davies Report has produced a flurry of appointments for women into non-executive roles, but the pipeline for senior executive appointments remains overwhelmingly male. Yet women are out performing men at university and, in many sectors, at the graduate recruitment stage. So what happens when it comes to the stage in a woman's career where appointments are being made to the senior posts which pay the big money and carry all the status? Conventional wisdom has it that women are distracted by the burden of childcare and make work–life balance decisions that favour family over career. It is undoubtedly true that long office hours and lack of flexible working options do play a part, but is this the whole story? Insider tips from a recruiter: how to avoid unconscious bias.

Unconscious bias is often cited as the single most important issue to be addressed if recruiters are to help organisations close the gender gap. 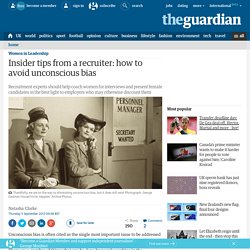 How can we fix unconscious racism? Racist stereotypes, at their root, come from quite a fundamental learning mechanism. 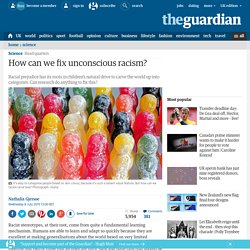 Humans are able to learn and adapt so quickly because they are excellent at making generalisations about the world based on very limited experience. Take dogs, for example - a toddler might reasonably conclude after meeting just two or three that all dogs are furry, bark and have tails that should be treated with some caution. On the whole, stereotypes are often right – dogs do normally bark and wag their tails.

The difficulty arises when this learning mechanism is applied to groups of people. Race is an easy mental category to fit people into because skin colour is a salient visual feature. Sign IN - Open University.