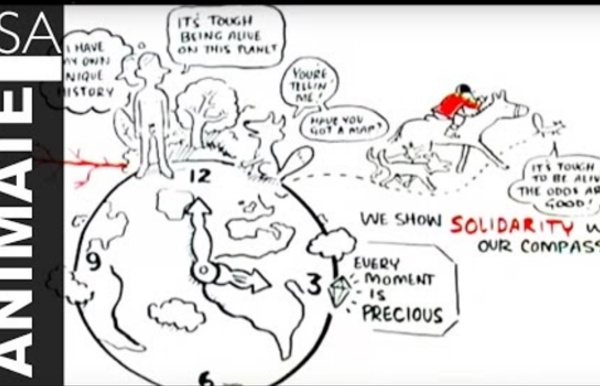 What if the Central Premise of Bipolar Disorder Is Wrong? Imagine you've never seen a car before and the first one you see was involved in a fatal accident. You express how tragic that is and that you would really love to be able to help keep that from happening to others. They show you videos of all kinds of car crashes and tell you how many millions of lives are devastated by them. Since you don't understand the utility of having cars, you may suggest doing away with cars altogether. Or perhaps creating a 20 mph speed limit on all roads. Neither of these solutions would work, of course, because you wouldn't get any compliance from those who have cars.

Connected Learning: Reimagining the Experience of Education in the Information Age This weekend, I am attending the Third Digital Media and Learning Conference, hosted by the MacArthur Foundation, as part of their efforts to help build a field which takes what we have learned about young people's informal learning, often through the more playful aspects of participatory culture, and apply it to the redesign and reinvention of those institutions which most directly touch young people's lives -- schools, libraries, museums, and public institutions. Today, the MacArthur Foundation is releasing an important statement about the underlying principles they are calling "connected learning," a statement which helps to sum up the extensive research which has been done by the DML network in recent years. Their goal is to foster a wide reaching conversation not simply among educators but involving all of those adults who play a role in shaping the lives of young people -- and let's face it, that's pretty much all of us. For more information, check out this website.

The Solar System is Under Quarantine This essay will plot out a theory that advanced civilizations existthey’re here as the result of a “USOP” (universal standard operating procedure) andwe’re under quarantine until we reach a state of Total Peace, i.e. the end of all conflict between nations and the use of mass-scale violence to solve disputes and seize power Advanced Civilizations Exist

Six Habits of Highly Empathic People If you think you’re hearing the word “empathy” everywhere, you’re right. It’s now on the lips of scientists and business leaders, education experts and political activists. But there is a vital question that few people ask: How can I expand my own empathic potential? Empathy is not just a way to extend the boundaries of your moral universe. Norway’s Greatest Vulnerability Is Also Its Greatest Strength The unspeakable horror of this weekend’s massacre in Norway is exaggerated exponentially by terrorist Anders Breivik’s abuse of one of civil society’s most distinctive features: the trust that the public places in law enforcement. And Norway may be particularly vulnerable to such a breach, as a country with a particularly deep faith in its the integrity of its institutions. Norway’s best civil qualities, in this case, also made it most vulnerable to the worst impulses of this killer. Like its fellow Scandinavian countries, Norway is near the top of the world’s charts in many enviable ways: high standard of living and productivity, high levels of happiness, impressive longevity, low levels of economic inequality and corruption and in general, extremely low levels of violent and other crimes.

Bipolar Advantage We Are Capable Of Far More Than The Limitations Most People Accept By Tom Wootton Do you have bipolar disorder or know somebody who does? What would change if you could learn how to turn depression and mania on and off whenever you wanted to? The entire way we look at bipolar disorder would change in profound ways.

Will We Need Teachers Or Algorithms? Editor’s note: This is Part III of a guest post written by legendary Silicon Valley investor Vinod Khosla, the founder of Khosla Ventures. In Part I, he laid the groundwork by describing how artificial intelligence is a combination of human and computer capabilities In Part II, he discussed how software and mobile technologies can augment and even replace doctors. Now, in Part III, he talks about how technology will sweep through education. In my last post, I argued that software will take over many of the tasks doctors do today. And what of education? We find a very similar story of what the popular – and incredibly funny!

Organic Evolution Unlearn What You Have Learned Proof that genius lies everywhere. If only we can learn to stop learning. Study a person character using his/her body Language in almost any situation Here are some great techniques to Read Body Language to Reveal the Underlying Truth in Almost Any Situation. You've likely heard that body language accounts for up to 55% of how we communicate, but reading non-verbal cues isn't just about broad strokes. The same gesture can indicate a number of different things depending on context. In this post, we're going to take a look at three common situations in which non-verbal cues are especially important—detecting lies, going on a date, and interviewing for a job—then explain how to interpret body language more accurately so that you can read between the lines when a person's words aren't necessarily conveying the way that they honestly feel. We lie a lot. When having a conversation with a stranger, chances are we'll lie in the first ten minutes.

Why Americans doubt man-made climate change - Inside Story: US 2012 It was 42 years ago that the first Earth Day was organised in the US, drawing millions of Americans to rallies across the country calling for a sustainable environment. Some consider that day to be the birth of the modern environmentalist movement in the US. Today the day is marked by millions around the world but its impact in the US seems to have fizzled, with only dozens turning out at the National Mall in Washington DC on Sunday.