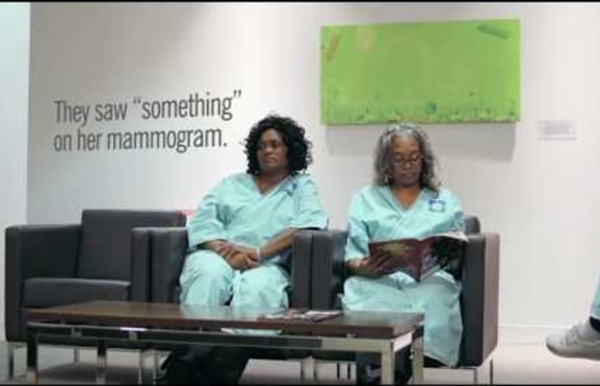 3 Ways Increasing Your Empathy Makes You a More Effective Leader Research shows empathetic leaders foster more productive, engaged and innovative teams. March 8, 2019 9 min read Opinions expressed by Entrepreneur contributors are their own. Years ago, I worked for a high-performing regional marketing team for a global company. We kept sales pipeline full to three times quota. Then one day, our fearless VP left for another opportunity. A new VP finally arrived, and we were impressed with this person's expertise and excited about what we could learn. Related: How to Transform Your Culture From Toxic to Peak Performance These were smart, proactive performers who were often courted by recruiters. Leadership is about expertise and ability, to be sure, but it is just as much about emotional intelligence and interpersonal relationships. Author and leadership expert Simon Sinek says that empathy is crucial to successful leadership. We are wired for empathy. If you don't provide this type of environment, disengagement can be costly. 1. 2. 3. Unlock Access Now

VideoZop Channel : Amazing Viele Menschen sind in Eile und hetzen durch ihren Alltag. Inmitten dieser Menschen ein Obdachloser, an dem alle vorbei laufen, ganz normal eben. Oder etwa nicht? // Video-Statement und Hintergründe zu diesem Clip: "Wir konnten gar nicht fassen, wie viel sich von Euch in den letzten Tagen mit der Thematik unseres Kurzclips auseinandergesetzt haben. Es gab einen tollen Austausch mit sehr viel Lob, aber auch kritischen Stimmen, die einen besonders wunden Punkt treffen: Im Mai diesen Jahres haben wir genau diese Aktion mit mehr Liedern OHNE Kamera durchgeführt. How to Split Test Your Facebook Content Split testing is everywhere in the digital world – you name it and it’s being split tested right now. However, the concept of split testing Facebook posts doesn’t seem to have taken off, and we think it’s about time it did. Like with some of my previous articles, a lot of Community Managers out there are going to be grimacing as yes, this will mean multiple posts! Why Split Test? Split testing is an absolute fundamental in digital marketing. How Is This Relevant For Facebook Content? Facebook content is no different to any other medium in terms of the need to test. Say you’re posting with product content in a focused campaign. What is the best time to post? Knowing the above will allow you to increase your conversions in this instance by optimising content length, image, time of posting, call to action message and targeting criteria. The questions really should be, “How is this not relevant for Facebook content?” Sounds Great, How Do I Do It? Key Takeaways Connect: Authored by: Ben Harper

JO-G - Best Message Against Racism Leader Empathy: The Key to Effective Relationships In my article on Positive Outlook, I quoted a senior manager at a large US hospital network who described how mindfulness helped her minimize negative reactions to workplace experiences. This included an ability to remind herself that she was often not fully aware of the needs and motivations of others, and therefore should not rush to judge their intentions. Like the other 41 leaders I interviewed, her in-depth discussion of this topic showed an improved capacity for the Emotional and Social Intelligence (ESI) Competency of Empathy. Empathy is one of the Social Awareness competencies in the twelve-competency Leadership Competency Model developed by Daniel Goleman and Richard Boyatzis. Strength in this competency is also demonstrated by leaders who: Listen attentivelyAre able to understand unspoken or confused attempts at communicationEngage in actions indicating a sincere interest in othersHave an increased capacity to respect diversity How Empathy Integrates with Workplace Activity

New York photographer turns strangers into friends (This piece originally ran August 2, 2013.) NEW YORK -- Forty-five-year-old Richard Renaldi is looking for someone -- two someones, actually. Two total strangers who were meant to be together, if only for a moment. "They're not exactly sure what they just signed up for, and people are a little nervous at first," Richard says. Richard is a New York photographer working on a series of portraits. Richard calls the project "Touching Strangers." Some of the photos -- you'd never know, they'd never met, while others capture quite well the inherent awkwardness of cuddling a random dude. Even when the subjects seem eager, their body language often concedes a certain hesitance, at least at first. And that's the really weird thing. At first, Brian Sneeden, a poetry teacher, saw no rhyme or reason for posing with 95-year-old retried fashion designer Reiko Ehrman, but eventually he, too, felt a change. "I felt like I cared for her," Brian says. Pretty much everyone shared that same sentiment.

For Mobile Devices, Think Apps, Not Ads Artwork: New York Times Company R&D Group with Mark Hansen & Jer Thorp, Cascade, 2010–2013, interactive tool created in collaboration with R&D team and presented in various environments, including a five-screen video wall; a screenshot from a visualization of how Times content is shared across the Twittersphere Like most professionals, I carry a smartphone. Although I use it frequently for e-mailing with colleagues or texting with my family, I also use its apps to find information or to entertain myself. And as I navigate its 3.5-inch screen, I routinely encounter something else: a growing stream of itsy-bitsy advertisements. When I click on the app for the online magazine Slate, for instance, I see a banner—smaller than my pinkie—for something called Bingo Rush, with little stars and the word “free.” What is Bingo Rush? These balky, Lilliputian ads represent the state of the art in mobile advertising—and they don’t work. Smartphone apps fall into five categories: 1. 2. 3.

What are the top elearning portals? - Quora Three Kinds of Empathy: Cognitive, Emotional, Compassionate Being cool in crisis seems essential for our being able to think clearly. But what if keeping cool makes you too cold to care? In other words, must we sacrifice empathy to stay calm? That’s the dilemma facing those who are preparing top teams to handle the next Katrina-like catastrophe we might face. The first is “cognitive empathy,” simply knowing how the other person feels and what they might be thinking. But there can be a dark side to this sort of empathy – in fact, those who fall within the “Dark Triad” – narcissists, Machiavellians, and sociopaths (see Chapter 8 in Social Intelligence) – can be talented in this regard, while having no sympathy whatever for their victims. Katrina’s devastation, we all saw, was amplified enormously by the lackadaisical response from the very agencies that were supposed to manage the emergency. Certainly empathy qualifies as one critical measure of the right leader in a crisis, along with being cool under pressure.

How One Ball Pit Turned Strangers Into Friends [Video] What you do if a giant sign above a street-side ball pit prompted you to dive in, take a seat, and make a friend? You may consider befriending strangers to answer deep dark secrets in public as a completely abnormal act, but in this video, one group of people welcomed the chance to hop in a giant ball pit and fire away. Created by SoulPancake, a “brain batter of art, culture, science, philosophy, spirituality, and humor,” this video chronicles pairs of strangers tasked to ask each other about their heros, love life, religion, and perhaps most importantly, create a secret handshake (that duh, isn’t so secret anymore). SoulPancake seeks to open minds, challenge friends, and make people “feel damn good” with its articles and arsenal of videos (like the ever popular Kid President). Actor Rainn Wilson of NBC’s The Office, and his friends Joshua Homnick and Devon Gundry, founded the media company in 2008. SoulPancake’s website then launched in January of 2010. Ever heard of SoulPancake?

3 Tools to Better Manage Your Social Media Presence Do you want to make more efficient use of your time on social media? Are you looking for tools that will help you manage your social media efforts? In this article you’ll discover 3 tools to enable you to become more efficient and effective with social media. #1: Glyder – Social Media Marketing from Your iPhone Glyder is an iPhone app that allows you to share well-designed marketing messages as social media updates using predefined templates. You no longer need a designer to produce imagery to promote your latest contest, offer or status update. Glyder helps you improve the quality of the content you share and be more efficient with your mobile device for social media marketing. Features Select one of the templates and personalize it by adding your own text, company name/website address and even change the image. Setup Download the free app from the Apple App Store and connect to your social networks. A Glyder is a message you want to share based on a template. Options include: Benefits Summary

Empathy in Times of Crisis - The Beryl Institute - Improving the Patient Experience We are facing a critical time of fear and uncertainty with the invasion of the novel Corona virus on the world stage, when healthcare organizations are scrambling to keep patients and workers safe, informed and calm. When fear takes hold, we can expect reactions to follow along a continuum from frank denial to full scale panic. Both of these extreme responses are not only unhelpful, but dangerous. When people raid grocery stores or hospital shelves and stock up on more hand sanitizer, alcohol wipes or face masks than they could possibly need, they leave others vulnerable to infection and with even greater fear and loss of control. Many regard empathy as merely a soft emotion of feeling sorry for others. How does empathy relate to emotional intelligence (EI)? Self-Awareness Self-awareness means recognizing your own emotions. Other-Awareness and Empathy Every human being has a longing to be seen and understood, and this longing becomes much more acute in times of crisis. Dr.