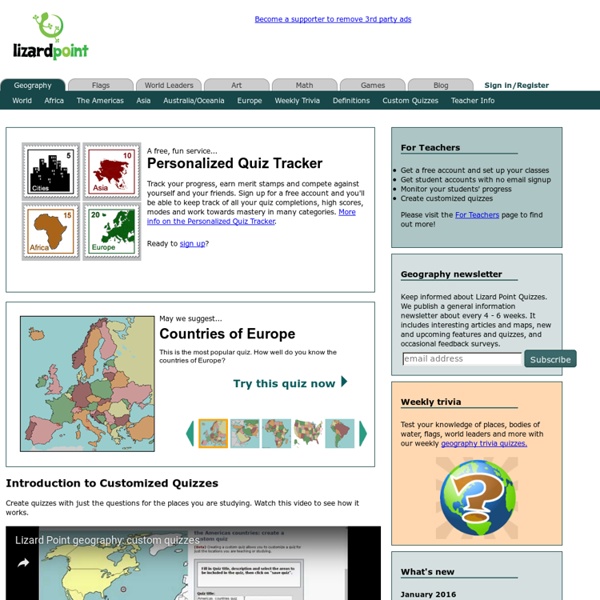 Middle Ages Religion Middle Ages Religion - The Christian Religion (Christianity)The Christian religion, or Christianity, is the name given to the system of religious belief and practice which was taught by Jesus Christ in the country of Palestine during the reign of the Roman Emperor Tiberius (42 BC - AD 37). Christianity took its rise in Judaism. Jesus Christ, its founder, and His disciples were all orthodox Jews. The new Christian religion emerged based on the testimony of the Scriptures, as interpreted by the life of Jesus Christ and the teaching of His Apostles, which were documented in the Bible.

How To Train Your Brain To Flip To A New Language This is a guest post by Rubén, who writes on Mostly Maths about programming, productivity and time management. A math PhD student and aspiring procrastinator, he writes about fighting time expenditure and continuous improvement. Multi-lingual cat. Here’s How America Uses Its Land Using surveys, satellite images and categorizations from various government agencies, the U.S. Department of Agriculture divides the U.S. into six major types of land. The data can’t be pinpointed to a city block—each square on the map represents 250,000 acres of land. But piecing the data together state-by-state can give a general sense of how U.S. land is used. Gathered together, cropland would take up more than a fifth of the 48 contiguous states. Pasture and rangeland would cover most of the Western U.S., and all of the country’s cities and towns would fit neatly in the Northeast.

Practice & Perfect Your French Practice and perfect your French with free online lessons, study tips, practice ideas, tests, common mistakes and difficulties, and much more. Daily and Weekly French Features Adding even a little bit of French to your day can make a big difference. French Grammar Lessons Download 91,000 Historic Maps from the Massive David Rumsey Map Collection Three years ago, we highlighted one of the most comprehensive map collections in existence, the David Rumsey Map Collection, then newly moved to Stanford University. The Rumsey Collection, we wrote then, “contains a seemingly inexhaustible supply of cartographic images”—justifiable hyperbole, considering the amount of time it would take any one person to absorb the over 150,000 physical artifacts Rumsey has amassed in one place. By 2016, Rumsey had made almost half the collection—over 67,000 images—freely available in a digital archive that has been growing since 1996. Each entry features high-resolution scans for specialists (you can download them for free) and more manageable image sizes for enthusiasts; a wealth of data about provenance and historical context; and digital, user-friendly tools that use crowd-sourcing to measure the accuracy of antiquated maps against GPS renderings.

20 Most Influential Scientists Alive Today Scientists are perhaps the most influential people in the world today. They are responsible not only for the great practical advances in medicine and technology, but they also give us a deep understanding of what the world is and how it works. Their role in shaping the worldview of our culture is unrivaled. Below is SuperScholar’s list of the twenty living scientists that we regard as having most profoundly influenced our world.