ZIPskinny - Get the Skinny on that ZIP (demographics by ZIP Code) 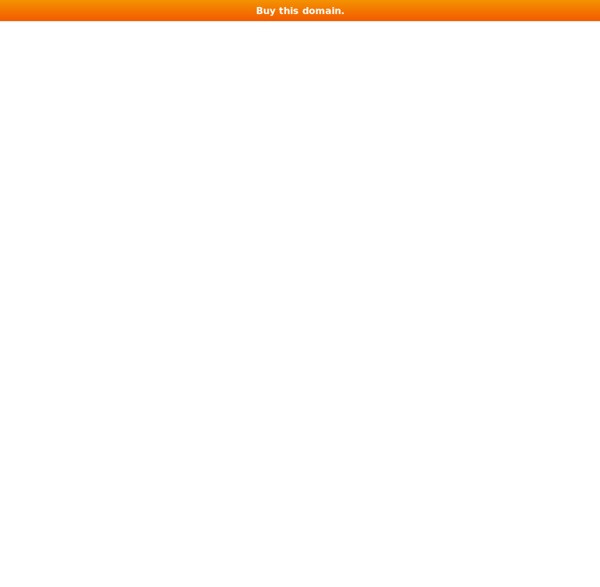 sleepyti.me bedtime calculator Six Comedians We Wish Would Return to Standup I've always rejected the idea that standup comedy is useful as merely a stepping stone to other things (movies, a sitcom, writing gigs). In my opinion, it’s as noble a final destination as any other. That’s what made Seinfeld documentary Comedian so refreshing to watch — a legendary, insanely-wealthy comic heading enthusiastically back into the standup fray, while a virtual no-name claws and screams as he tries to escape it. That’s not to say that a successful standup shouldn’t venture out into other areas. Here are a few comedians that are overdue for a return to the stage: Jim Carrey His recent return to SNL was a tease — offering an all-too-brief glimpse back inside the mind of a comic genius that has for the most part been wasted for a decade. Maybe he’s lost his spastic comic edge. Adam Sandler A lot of people probably don’t remember him from his days in standup. Eddie Murphy Michael Richards We all know what happened the last time he took the stage in a comedy club. Drew Carey

The Last Airbender: Legend of Korra The Legend of Korra is an American animated television series set in the Avatar universe as a sequel series to Avatar: The Last Airbender. The premiere episode aired on Nickelodeon on April 14, 2012. However, the first two episodes were released online on March 24–25, 2012[9] and were available in high-definition for free on iTunes. The series is currently under production and is expected to run for two seasons, spanning four books and a total of fifty-two episodes.[1] The new series takes place seventy years after the end of the Avatar: The Last Airbender story arc with brand new characters and settings.[5] The protagonist of the new series, Korra, the Avatar after Aang, is a hot-headed and rebellious young woman from the Southern Water Tribe who is "ready to take on the world".[10] The series follows Korra as she faces the difficult challenges, duties, and responsibilities that come with being the Avatar. Plot overview Main article: List of The Legend of Korra episodes Book One: Air

Amazing Pictures of Our World (52 pics) Pics | 26 Aug, 2011 | Views: 44450 | Do you like it? It is just one of the thousands of posts that we have on the Acidcow.com. Space Debris Orbital debris, or “space junk,” is any man-made object in orbit around the Earth that no longer serves a useful purpose. Space junk can be bad news for an orbiting satellite. On February 11, 2009, a U.S. communications satellite owned by a private company called Iridium collided with a non-functioning Russian satellite. To minimize the risk of collision between spacecraft and space junk, the U.S. A distinctive ring marks the geostationary orbit, a unique place where satellites orbit at the same rate that the Earth turns, allowing them to essentially remain over a single spot on Earth at all times. Though the black dots that represent objects in space swarm around the Earth, obscuring the surface in the lower image, the space junk situation is not as dire as it may appear. To read more about what it takes to maintain a satellite’s orbit, common Earth orbits, and the science behind calculating an orbit, please see the Earth Observatory series About Orbits. Instrument(s): Model

Top 10 Secret Agent Security Tips and Tricks When dealing with computer security, an often overlooked security risk is so-called "deleted files". When files are deleted, nothing is actually done to them aside from marking them as "free-space". The OS may get around to overwriting them sometime when it needs the space, but a deleted file could sit on a drive completely intact for weeks of usage (the bigger it is the bigger the chance it will be at least partially overwrited). Encryption applications that do not involve real-time decoding (a special driver decrypting files on-the-go vs an application decrypting and re-encrypting files), often do not have secure methods of wiping files (or the user is unaware of them), and hence the files are left in an unencrypted state on the drive when deleted. The only way to assure deleted files remain that way (or at least make their recovery very difficult and time-consuming) is to have an application overwrite the drives free-space with random 0s/1s, ideally multiple times.

Braves rookie Kimbrel replaces Cain on NL All-Star roster | Through The Fence Baseball Craig Kimbrel has came a long way since his days at Wallace State Community College. The Atlanta Braves rookie phenom Craig Kimbrel finally got the call Sunday night that he was headed to Arizona for the 2011 All-Star game. It was anticipated throughout the weekend that he would be joining baseball’s best, but the announcement couldn’t be made until the Giants game was played and Matt Cain started pitching. Kimbrel got the nod over fellow (disgruntled) teammate Tommy Hanson. Last week, Kimbrel (28 saves) passed Jonathan Papelbon‘s rookie record of 26 saves before the All-Star break. Since then, Venters has been a tad shaky, and manager Fredi Gonzalez acknowledged a little overload in Venters’ work, giving him a little more rest between games. NL All-Star manager Bruce Bochy more than likely picked Kimbrel over Hanson (Cain was a manager’s pick, so the manager gets to pick another player to replace him) because Kimbrel is use to coming out of the pen and could warm up faster. comments

Temporary Email Aliases Fukushima: It's much worse than you think - Features "Fukushima is the biggest industrial catastrophe in the history of mankind," Arnold Gundersen, a former nuclear industry senior vice president, told Al Jazeera. Japan's 9.0 earthquake on March 11 caused a massive tsunami that crippled the cooling systems at the Tokyo Electric Power Company's (TEPCO) nuclear plant in Fukushima, Japan. It also led to hydrogen explosions and reactor meltdowns that forced evacuations of those living within a 20km radius of the plant. Gundersen, a licensed reactor operator with 39 years of nuclear power engineering experience, managing and coordinating projects at 70 nuclear power plants around the US, says the Fukushima nuclear plant likely has more exposed reactor cores than commonly believed. "The problem is how to keep it cool," says Gundersen. Even though the plant is now shut down, fission products such as uranium continue to generate heat, and therefore require cooling. "The fuels are now a molten blob at the bottom of the reactor," Gundersen added.

llective nouns, groups of animals, terms for animal and other groups including birds. A CHAIN of bobolinks (whatever they might be!!) Melissa Bee. Just in case there is anyone else out there who, like me, doesn't know what a Bobolink is I have been reliably informed by Amelia B., that it is a small bird. Another name for a bobolink is a whippoorwill*** (their call sounds a little like someone saying the word whippoorwill). Thanks to Eric Pittenger for this additional information. *** Apparently this is not the case. Clarice Olle has been kind enough to point out that the above is in fact incorrect. A bob-o-link (short for Robert of Lincoln) is NOT the same bird as a whippoorwill. This is confirmed on the site at John Canepa as also provided the following information: Bobolinks and whippoorwills are two different birds. Susan Vanderveen also confirms - I respectively submit the information that a Bobolink and Whip-poor-will are not two terms for one bird.