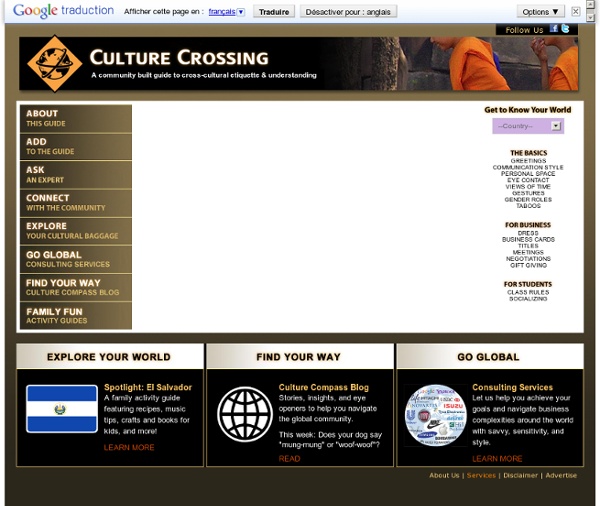 6 Sites To Get Kids Excited About Google Maps I can remember three distinct occasions in my life where I have been blown away by technology. I will save the first two for another day, but I will say that the amazing experience of walking the streets of New York, from my computer on the other side of the world in Australia is definitely one of them. That feeling of disbelief where you wonder if it is another April 1st prank… What, they actually drove a little car all around the city taking photos??? But they did… And they continue to do so. Google Maps started as a downloadable C++ program designed by two Danish brothers Lars and Jens Rasmussen. Here are six brilliant sites that use Google Maps to make fascinating, interesting, fun and thought provoking things happen. Google Sightseeing Google Sightseeing lets you see the sights of the world without leaving your chair. The Great Global Treasure Hunt MapCrunch MapCrunch is a highly addictive way to explore Google Streetview as well as spark an interest in geography around the globe.

IfItWereMyHome.com Canada A land of vast distances and rich natural resources, Canada became a self-governing dominion in 1867 while retaining ties to the British crown. Economically and technologically the nation has developed in parallel with the US, its neighbor to the south across an unfortified border. Canada faces the political challenges of meeting public demands for quality improvements in health care and education services, as well as responding to the particular concerns of predominantly francophone Quebec. Canada also aims to develop its diverse energy resources while maintaining its commitment to the environment. The land now occupied by Canada was first inhabited approximately 16,000 years ago by aboriginal peoples. The beginning of the 20th century saw Canada's early involvement in World War I due to British control of its foreign affairs. Today, Canada is characterized by its socially democratic programs such as universal health care, the Canda Pension Plan, and Canada Student Loans.

Desert Biomes by DesertUSA Geographia - World Travel Destinations, Culture and History Guide SS 1Geography and History Classwork-Homework Earth from Space Terms to Learn Landforms: mountains, hills, plateaus, and plains Elevation: height above or below sea level Mantle: surrounds the core mostly hot, solid rock Crust: a thin layer of rock, sand, and soil that floats on the melted outer part of the mantle Tectonic Plates: separate sections of the crust Continental Drift: movement of plates Volcanoes: cone shaped mountains created by lava Earthquakes: sudden shifts in the Earth's crust The Layers of the Earth 5:59 The Earth's Layers Scan Section 2 Land, Water, and Climate pages 9-18 Wobbler Allow boiled and raw eggs to stand at room temperature for about 20 minutes. The hard boiled egg spins easily and continues to spin for a few seconds. WHY: The material inside each shell affects the way it spins. Inside the Earth Coloring diagram of the layers of the Earth's structure. Plates of the Earth's Crust Coloring diagram of Tectonic Plates

Walk through the Continents - Print Maps Large and Small - Free Print free maps large or small; from 1 page to almost 7 feet across; PC or Mac. For classroom and student use. MegaMaps requires Adobe Flash. Print out maps in a variety of sizes, from a single sheet of paper to a map almost 7 feet across, using an ordinary printer. Walk Through The Continents Trace car trips; where grandparents and aunts and uncles and cousins live; the Oregon Trail and the Cumberland Gap; Huck Finn's journey; the Rocky Mountains, the Appalachians, the Mississippi River, the Columbia River and the Colorado, label states… There are any number of ways to use these maps. • Print out a multi-page map of the US or the world, and have groups of students assemble it together, like a puzzle. By coloring and writing on the map, students make it “their own”. MegaMaps Map Sizes: As the maps all have different proportions, these are the maximum sizes.

15 Amazing Places You Can Tour Virtually If you can’t check out these places in person, you can at least visit them virtually—no flights or road trips required. 1. The National Museum of Natural History Learn where we’ve been by taking a look around the stunning exhibits at this Smithsonian museum in the nation’s capital. 2. This look at the the famous Indian mausoleum is one of several Airpano flying 360 tours on this list. 3. The U.S. 4. Getting to the top of the iconic Parisian landmark has never been so simple. 5. From this page you can choose several different areas of the world-famous museum to explore. 6. This page on the Vatican’s website allows you to click on any of several different locations and quickly go inside for a look around. 7. One place the tour of the Vatican doesn't include is the Sistine Chapel. 8. Get your kicks on Google Street View of Route 66. 9. Are you not entertained? 10. 11. This aerial tour of Petra, Jordan starts at Al Khazneh, the stunning temple carved into a sandstone cliff. 12. 13. 9/11 Memorial