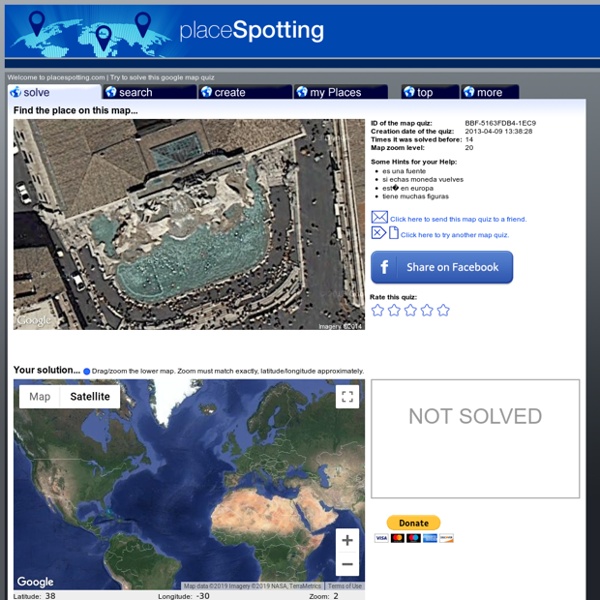 QR Code Generator, 2d Barcode Generator, QR Code A QR code generator is a software or online application that allows you to create QR codes. QR codes are probably the most popular and flexible two-dimensional barcode that is used by most businesses and individuals for anything from their marketing campaigns, education and even in ordinary lives and lets not forget just for fun! They’re widely used by any web design agency

Guess the Travel Destination! Inspiration for your next Break No matter what your budget allows, we will help you save your pennies. Lovers of a luxury board basis such as full-board or all-inclusive will rejoice when they see the choice. The Where in the World Street View Game Where in the World is a new Street View quiz from SuperBreak. In this fun little game you are shown a succession of Google Maps Street View images of famous locations around the world. All you have to do is choose the correct location from three different answers. The game allows you to choose from five different categories, History, Travel, Royal Attractions, Nature & Parks and Entertainment.

Just For Fun - Rethinking Schools Put Together a Puzzle -- Put this jigsaw puzzle together for a picture of some of the most important people in education: the students. Requires Flash. Geography Quiz -- Did you know "the Middle East"' stretches as far west as the Western Sahara in Africa? METRO MAP CREATOR If you have the code for a map please paste it into the box below, then click "LOAD"LOAD CODE Alternatively you can chose a sample route.DefaultPoo Land Here is the code for your map. New Kahoot! mobile app is live! Make homework awesome A couple of months ago at ISTE, we invited you to preview our new mobile app. Those of you who joined our beta testing program got a sneak peek before the final launch. And we’ve been extra busy over the summer to put the finishing touches on the app. Now it’s official – we’re unwrapping our new creation! The Kahoot!

Map skills - Map skills and higher-order thinking It used to be a lot of work to make a map. Before computers, maps had to be meticulously drawn by hand, their grids and outlines relying on complicated pencil-and-paper calculations. Now, you can download map data from the U.S. Geologic Survey or the Census Bureau, install an application on your laptop, and start cranking out maps of anything and everything. Maps are everywhere on the web. Mission MapQuest: Create your own Google Maps Online Scavenger Hunt! I coded the Mission MapQuest Generator to allow students and teachers to to create their own online ‘treasure hunt’ challenges! You simply create as many questions (clues) and answers (locations) as you like, and students are challenged to collect the ‘coins’ hidden in each of these secret locations in the time available. These coins can be placed at whatever altitude you like – so the location could be as broad as an entire country, or as narrow as a single street! Any games created can be saved and shared – there’s even a leaderboard for each game created! Mission MapQuest Sample Game: IGCSE Modern World History Revision