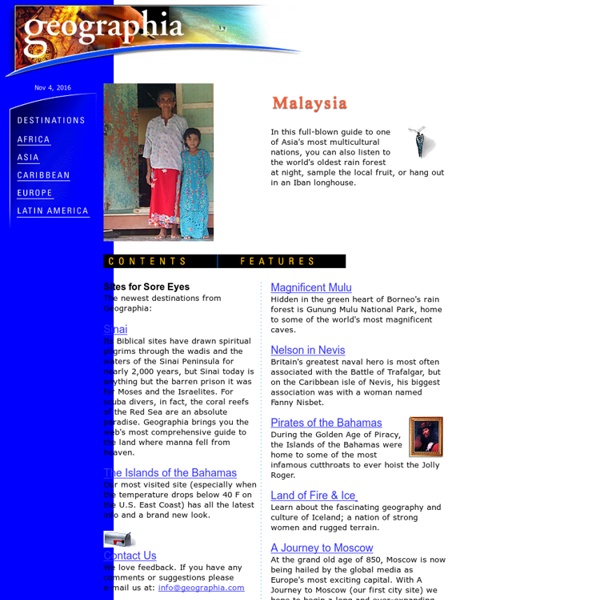 Where in the World? | Guess the Travel Destination! | SuperBreak Inspiration for your next Break No matter what your budget allows, we will help you save your pennies. Lovers of a luxury board basis such as full-board or all-inclusive will rejoice when they see the choice. Meanwhile, those that prefer to fly solo have plenty of options from self-catered apartments to glamping getaways. Of course if it’s all about the accommodation and the facilities, take a peek at our luxury hotels and spa breaks for couples. Spoiling you is the aim of the game when it comes to our high-end holidays. Are you a last minute lover or a plan ahead kind of vacationer? From the cobblestoned corners of the Cotswolds or the chalky coasts of Cornwall to the picturesque piazzas of Prague or the neon nightlife of New York, we’ve got you covered.

IDEA International Dialects of English Archive | free dialect and accent recordings for the performing arts Scary Stories 360° Aerial Panoramas, 3D Virtual Tours Around the World, Photos of the Most Interesting Places on the Earth Learn English for Free with elllo! Story of My Life Early world maps Antiquity Babylonian Imago Mundi (c. 600 BCE) A Babylonian world map, known as the Imago Mundi, is commonly dated to the 6th century BCE.[1][2] The map as reconstructed by Eckhard Unger shows Babylon on the Euphrates, surrounded by a circular landmass showing Assyria, Urartu (Armenia)[3] and several cities, in turn surrounded by a "bitter river" (Oceanus), with seven islands arranged around it so as to form a seven-pointed star. The accompanying text mentions seven outer regions beyond the encircling ocean. The descriptions of five of them have survived:[4] the third island is where "the winged bird ends not his flight," i.e., cannot reach.on the fourth island "the light is brighter than that of sunset or stars": it lay in the northwest, and after sunset in summer was practically in semi-obscurity.The fifth island, due north, lay in complete darkness, a land "where one sees nothing," and "the sun is not visible." Anaximander (c. 610 – 546 BCE) Reconstruction of Anaximander's map Middle Ages

QuestGarden.com From Ptolemy to GPS, the Brief History of Maps Last spring, a 23-year-old woman was driving her car through the Ontario town of Tobermory. It was unfamiliar territory for her, so she was dutifully following her GPS. Indeed, she was so intent on following the device that she didn’t notice that her car was headed straight for Georgian Bay—so she drove down a boat launch and straight into the frigid water. She thankfully managed to climb out and swim to shore, as her bright red Yaris sank beneath the waves. Accidents like this have become weirdly common. In Manhattan, one man followed his GPS into a park, where his car got stuck on a staircase. You can laugh, but many of us have stopped paying attention to the world around us because we are too intent on following directions. Is it possible that today’s global positioning systems and smartphones are affecting our basic ability to navigate? Most certainly—because it already has. The first great attempt to make mapping realistic came in the second century A.D. with Claudius Ptolemy.