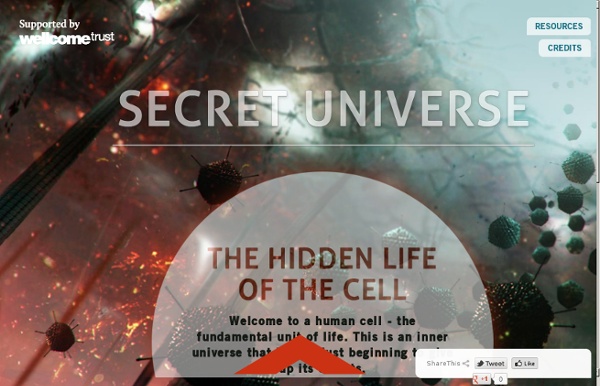 Scientists Make Progress in Tailor-Made Organs Two and a half years ago doctors in Iceland, where Mr. Beyene was studying to be an engineer, discovered a golf-ball-size growing into his windpipe. Despite surgery and radiation, it kept growing. In the spring of 2011, when Mr. Beyene came to Sweden to see another doctor, he was practically out of options. “I was almost dead,” he said. But the doctor, Paolo Macchiarini, at the Karolinska Institute here, had a radical idea. Implanting such a “bioartificial” organ would be a first-of-its-kind procedure for the field of regenerative medicine, which for decades has been promising a future of ready-made replacement organs — livers, kidneys, even hearts — built in the laboratory. For the most part that future has remained a science-fiction fantasy. “The human body is so beautiful, I’m convinced we must use it in the most proper way,” said Dr. So far, only a few organs have been made and transplanted, and they are relatively simple, hollow ones — like bladders and Mr. In Mr. Imitating Nature

The Biology Project What If All 7.1 Billion People Moved To Tunisia? I’ve always been interested in the distribution of the human population across the globe. It’s far from an even spread—this map shows where people are most squished in (dark colors) and where they’re spread out (light colors): And the East Asian countries in particular are so jam-packed with people that there’s this insane fact: (Parts of Malaysia and Indonesia have been intentionally left out—without them, the red regions still contain more than 50.2% of the world’s population.) To gain perspective on just how differently people are living on this planet, I looked up the average population density of a particular city, state, or country, and imagined all humans living at that density. (While we’re here—if all the habitable land on Earth were as dense as Manhattan, you could fit 1.73 trillion people on the planet.

Human Protein Atlas Microbial Factories The world is alight with algae fever. In this age of deep ecological design aspirations, the range of speculative design projects based on algae technology is growing. Algae are imagined to provide a whole range of solutions, from energy-producing architectural towers, to lights, burgers, skin care products, animal feed, drug factories and bioplastics. Algae, simple photosynthetic plants that live in water, are among some of the oldest living organisms on earth. Indeed, the ability of algae to fix carbon is such that they’ve become the technology of choice for carbon capture.

EnergyDrinksLesson.pdf Extract DNA from your Halloween pumpkin. Click on the photo for a larger image. Towards the end of October we start seeing lots of recipes for pumpkin this and pumpkin that. This one is different. We're going to extract the DNA from a pumpkin. What you need: A pumpkin. What we do with all that stuff Cut the pumpkin into small chunks that fit in the blender. Add about a half cup of water to the pumpkin chunks, and a tablespoon of salt. Now we add a whole bunch of dishwashing detergent. Next we filter the puree using the coffee filter and funnel. Now it is time to get the liquor out of the freezer. For this part, a shot-glass would be appropriate. Pour some of the filtered pumpkin juice into the container. Now, tilt the container and very gently pour some of the alcohol slowly so that it forms a layer on top of the juice, and does not mix. After a few seconds, you will see a ghostly layer of DNA form between the juice and the alcohol. Pumpkin is made of water, cellulose, sugars, proteins, salts, and DNA.

Print me some skin WASHINGTON, DC: At the annual meeting of the American Association for the Advancement of Science (AAAS) in Washington D.C., U.S. researchers described a process by which skin grafts can be printed using standard ink-jet cartridges. Instead of ink, the cartridges contain skin or cartilage cells suspended in a bio-gel solution. The process entails 3D scanning an injury to create a precise model of the affected area and then printing the graft from the patient’s donor skin. Currently in pre-clinical trials, the project will receive $50 million from the US Defense Department to develop a portable bioprinter for use on the battlefield, where it could print compatible skin directly over a severe burn in less than an hour. Also at the AAAS conference, Cornell University engineer Hod Lipson demonstrated a similar bio-printing process by producing a human ear.

How does caffeine affect the body? Biologist Neal J. Smatresk--Dean of the College of Science at the University of Texas at Arlington--offers this explanation: Caffeine--the drug that gives coffee and cola its kick--has a number of physiological effects. Historically, cAMP was the first second messenger ever described. Thus, when caffeine stops the breakdown of cAMP, its effects are prolonged, and the response throughout the body is effectively amplified. Caffeine would be expected to have this effect on any animals that used these neurotransmitters to regulate their heartbeat. Terrifying images from the microscope (16 pictures These spectacular images were captured using a variety of traditional micrioscoape. The world they show is terrifying! When viewed up close beneath the unblinking eye of the microscope, the tiniest mites and most harmless of insects become terrifying beasts that haunt your dreams. Image 1 of 16 Chicken embryo \nSource: Tomas Pais de Azevedo/Nikon / via: asia.cnet.com Hydrothermal worm Source: Philippe Crassous / via: fei.com Mosquito eye Source: Oliver Meckes / via: fei.com Marine worm Source: Philippe Crassous / via: fei_company Maggot Image by EYE OF SCIENCE/SPL/BARCROFT MEDIA/LANDOV A head lice clinging to a human hair A head lice clinging to a human hair A wasp’s head Swollen tick Water bear Source: Oliver Meckes / via: flickr.com Water mite Source: Nicole Ottawa / via: fei_company Eyelash mite Embryonic Zebrafish Source: David McCarthy / via: laughingsquid.com Caterpillar Cleptoparasitic Bee Source: Jerome Rozen and Glenn Hall / via: bioone.org The face of an ant Source: Stephen Lyth / via: st-stev

Researchers Demonstrate Reliable DNA Data Storage in Work Published in Nature DNA could someday store more than just the blueprints for life—it could also house vast collections of documents, music, or video in an impossibly compact format that lasts for thousands of years. Researchers at the European Bioinformatics Institute in Hinxton, U.K., have demonstrated a new method for reliably encoding several common computer file formats this way. As the price of sequencing and synthesizing DNA continues to drop, the researchers estimate, this biological storage medium will be competitive within the next few decades. The information storage density of DNA is at least a thousand times greater than that of existing media, but until recently the cost of DNA synthesis was too high for the technology to be anything more than a curiosity. Conventional methods of storing digital information for prolonged periods continue to pose problems, however. The magnetic tapes typically used for archival storage become brittle and lose their coating after a few decades.