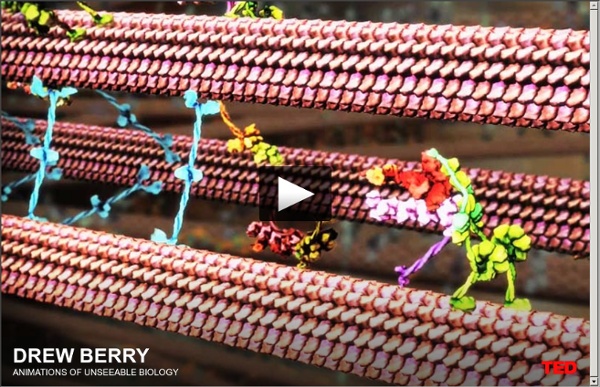 Knot theory A knot diagram of the trefoil knot Knots can be described in various ways. Given a method of description, however, there may be more than one description that represents the same knot. Making Science Visible Eye Cells Made with Ink-Jet Printer Ink-jet printing technology could be a way to build new tissue meant to restore vision to people suffering from common forms of blindness due to retinal degeneration. Researchers at the University of Cambridge used a standard ink-jet printer to form layers of two types of cells taken from the retinas of rats, and showed that the process did not compromise the cells’ health or ability to survive and grow in culture. Ink-jet printing has been used to deposit cells before, but this is the first time cells from an adult animal’s central nervous system have been printed.

Digital Drawing Board Creates Objects in Stunning 3D Detail ETOS, or Electronical Tool for Object Sketching, is a tool for designers and architects that lets them see their creations in three dimensions without the need for 3D glasses. The tool uses the familiar shape of a pen and the intuitive function of a touch interface to bring sketches into the real world. The drawing board takes the form of a tablet computer with a built-in stand formed from its folded cover. It displays objects in 3D using lenticular lens technology and motion tracking, which also allows users to move the shapes around with their hands. The pen-shaped input tool performs basic editing functions that are selected by simply turning it along the horizontal or vertical axis. Secondary functions can be selected by tapping the touch screen with 1-4 fingers.

Indian scientists fight cancer with plant molecules What do tea, turmeric and broccoli have in common? A lot, when it comes to an arsenal of certain chemicals found in them, called phytochemicals, that can be harnessed to combat cancer therapy side-effects in synergy with conventional anti-cancer drugs. Chemotherapy is fraught with side-effects. Now Indian scientists have shown how certain naturally-occurring plant chemicals when used in combination with routine cancer drugs can actually lower the dosage of the medication, thereby minimising the after-effects. Eat, Drink and Live Forever: Immortality is 20 Years Away It seems that we’ve been edging toward becoming a race of cyborgs for a number of years. Medical advances like replacement limbs and joints, cochlear implants, and artificial organs are already being used. Improving medical technology and our understanding of anatomy will continue to drive the human race toward immortality, according to scientist Ray Kurzweil. He believes that within 20 years, there will be no need for humans to face death at all. Nanotechnology will be applied to create artificial vital organs and even artificial blood cells. Kurzweil and other scientists believe that by using nanotechnology, we can reprogram our bodies’ “stone-age software” to halt the aging process, then do away with death altogether.

Elucidating biological cells' transport mechanisms A new study focuses on the motion of motor proteins in living cells, applying a physicist's tool called non-equilibrium statistical mechanics Motion fascinates physicists. It becomes even more intriguing when observed in vivo in biological cells. Using an ingenious setup, Japanese scientists have now calculated the force of molecular motors acting on inner components of biological cells, known as organelles. In a new study, published in EPJ E, the focus is on mitochondria - akin to micrometric range cellular power plants - travelling along microtubules in a cell. Appendicitis? Human Appendix Maybe Not Useless After All For a long time, we’ve believed that the human appendix was more or less good for nothing. Darwin postulated that the appendix was a remnant of evolution that was no longer needed. But for the first time, researchers are actually taking a close look at the appendix and its function. And they’ve come to believe that it is, after all, good for something: it may help to restock the stomach with good bacteria after an illness, like a bout of diarrhea. (image via: ashe-villain) Scientists and researchers from Duke University Medical Center, the University of Arizona and Arizona State University collaborated on the study, which concluded that not only is the appendix not useless – it’s also been around far longer than anyone previously thought.

Video: About this course Introduction to the MOOC: Water Treatment About this course Skip to this view's content Please enter your e-mail address below, and we will e-mail instructions for setting a new password. Help Courses: nanoHUB-U: Bioelectricity The text for this course is “Neuroscience” by Purves, et al. The text is available through the following link: This five-week short course aims to introduce students to bioelectricity using a unique, “bottom up” approach. (non-YouTube version) WEATHER in a TANK: Experiments & Observations Read about the project in the following articles: "WEATHER IN A TANK”—Exploiting Laboratory Experiments in the Teaching of Meteorology, Oceanography, and Climate - BAMS (Nov 2009) The Effectiveness of Rotating Tank Experiments in Teaching Undergraduate Courses in Atmospheres, Oceans, and Climate Sciences - Journal of Geoscience Education (Feb, 2012) This is an NSF-funded project in which curricula materials that combine atmospheric data and laboratory fluid experiments are being developed in the teaching of meteorology, oceanography and climate at undergraduate level. In phase I of the project, methodologies were explored in support of laboratory-based teaching of rotating fluid dynamics to sophomores, juniors and seniors at the Massachusetts Institute of Technology. In Phase 2 we are: