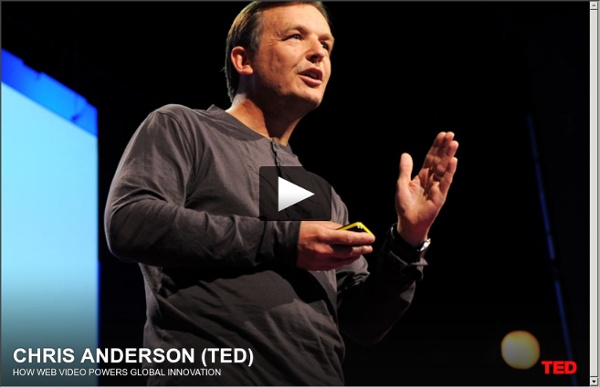 Will Potter: The secret US prisons you've never heard of before Father Daniel Berrigan once said that "writing about prisonersis a little like writing about the dead."I think what he meant is that we treat prisoners as ghosts.They're unseen and unheard.It's easy to simply ignore themand it's even easier when the government goes to great lengths to keep them hidden. As a journalist, I think these storiesof what people in power do when no one is watching,are precisely the stories that we need to tell.That's why I began investigatingthe most secretive and experimental prison units in the United States,for so-called "second-tier" terrorists.The government calls these units Communications Management Units or CMUs.Prisoners and guards call them "Little Guantanamo."

Processing - Please Wait. "An Exceptionally Simple Theory of Everything"[1] is a physics preprint proposing a basis for a unified field theory, very often referred to as "E8 Theory,"[2] which attempts to describe all known fundamental interactions in physics and to stand as a possible theory of everything. The paper was posted to the physics arXiv by Antony Garrett Lisi on November 6, 2007, and was not submitted to a peer-reviewed scientific journal.[3] The title is a pun on the algebra used, the Lie algebra of the largest "simple", "exceptional" Lie group, E8. The theory received accolades from a few physicists[citation needed] amid a flurry of media coverage, but also met with widespread skepticism.[4] Scientific American reported in March 2008 that the theory was being "largely but not entirely ignored" by the mainstream physics community, with a few physicists picking up the work to develop it further.[5] Overview[edit] Non-technical overview[edit] Levels of magnification: 1.

2.5D 2.5D ("two-and-a-half-dimensional"), ¾ perspective and pseudo-3D are terms, mainly in the video game industry, used to describe either 2D graphical projections and similar techniques used to cause a series of images (or scenes) to simulate the appearance of being three-dimensional (3D) when in fact they are not, or gameplay in an otherwise three-dimensional video game that is restricted to a two-dimensional plane. Common in video games, these projections have also been useful in geographic visualization (GVIS) to help understand visual-cognitive spatial representations or 3D visualization.[1] The terms ¾ perspective and ¾ view trace their origins to portraiture and facial recognition, where they are used to describe a view of a person's face which is partway between a frontal view and a side view.[2] Computer graphics[edit] Axonometric & oblique projection[edit]

TED: The Greatest Platform Worth Sharing No one can deny that TED.com is one of the most successful and iconic idea-sharing platforms online. Since 2006, TED Talk videos have racked up over 800 million views. And it’s no surprise these videos went viral; with names like Steve Jobs, Jane Goodall, Sergey Brin and Bill Clinton, the roster of TED speakers reads like a best-in-class review of today’s living scientists, educators and humanitarians. And now, six years after uploading its first video, TED.com is innovating online education again.

World Digital Library Home Elementary Particle Explorer Welcome to the Elementary Particle Explorer, designed by Garrett Lisi and Troy Gardner. Every known elementary particle is identified by its charges with respect to the electromagnetic, weak, strong, and gravitational forces. Electrons have electric charge -1, up quarks 2/3, down quarks -1/3, and neutrinos 0, with antiparticles having opposite electric charges. The Path to Resilience The more we learn about resilience in children, the more we begin to understand the powerful role that adults can play in fostering it, even in kids who face daunting challenges. As the latest science from the Center on the Developing Child at Harvard shows, resilience is fluid and compounding, nurtured by the essential fertilizer of an adult’s caring attention. A new three-part video series produced by the center explores — in clear and simple terms — exactly how that happens, answering questions about why some children who face serious problems can cope and thrive.

Lois Holzman - TEDxNavesink - Monmouth County New Jersey Play Helps Us Grow at Any Age In this talk, Dr. Holzman documents the importance of play in our growth and development throughout our entire lives. Babies and toddlers play their way to growth. They learn how to talk, draw, dance, even think, through playing at what they’re not yet—performing it before they know it. Lucky for us non-babies, the mystery of exactly why and how play is developmental has been revealed and put to use with adults!

7 fascinating TED Talks on the benefits of gaming This weekend, hundreds of video games enthusiasts lined up in the cold, waiting 12 hours-plus to be the first to get their hands on Nintendo’s new console, the Wii U. And when the game Call of Duty: Black Ops was released in 2010, gamers around the world played it for more than 600 million hours in just the first 45 days. That is the equivalent of 68 years. While some people worry about the popularity of video games, in today’s talk, brain scientist Daphne Bavelier suggests that gaming may be far more beneficial than we think (in moderation) — even if the game is all about shooting up the enemy. “Most of you have thought, ‘Come on, can’t you do something more productive than shooting zombies?’