Peter Attia: What if we’re wrong about diabetes? 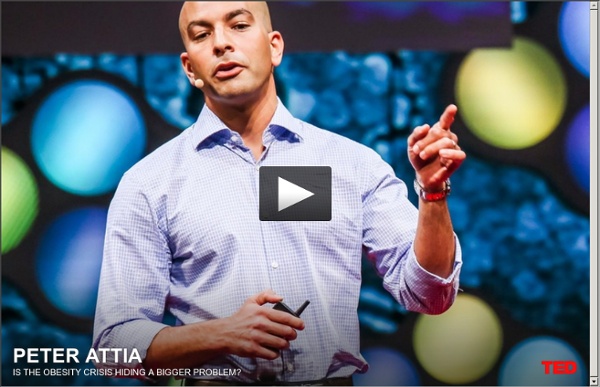 What’s In A Purr? | Conscious Companion Have you ever wondered how and why cats purr? If you have lived with cats, loved a cat, or had the pleasure of petting a content cat, then you know how cool it is to hear and feel them purr. Most of us think that purrs happen when a cat is content, but cats actually purr at many other times as well. Let’s take a look at what we know: What We Know Purring is one of many vocalizations cats use to communicate.It is the unique anatomy of felines which makes this sound possible.Cats purr when they’re experiencing pleasure. Fun Fact: Cats aren’t the only animals that purr! Casey, our male silverback Western Lowland Gorilla, enjoying his breakfast on exhibit at the Audubon Zoo. How Cats Purr The general consensus of veterinarians and scientists is that purring doesn’t actually originate from the throat. Below is an image of a cat’s throat that shows the kitty “music maker”. The vibrating folds of the glottis are what actually create a purring sound. Not All Cat Purrs Are Created Equal Why Cats Purr

Secret to Success - Neil Patel | Secret Entourage Some entrepreneurs would go back to their day jobs after a business failure but what happens if your business fails and you accrue over $1 million in debt at the age of 21? Neil Patel went through that very situation and stayed true to his entrepreneurial roots and continued to move forward. With a background in SEO and marketing, Neil has launched two very fast growing startups: KissMetrics and Crazy Egg. He’s here today to tell his story on how he went from making six figures doing SEO consulting for Fortune 500 companies during highschool to building multi-million dollar startups. Who was your first major client and how did you get them? My first client ever was Elpac Electronics, the power supply manufacturing company. I was taking nighttime college classes while I was in high school and gave a speech on how search engines work. What kind of results did you produce for the company and yourself? With SEO always evolving, how do you build a sustainable business?

Parrot removed from Montreal Biodome after learning too much English MONTREAL - The Montreal Biodome’s Scarlet macaw will be deported to the Toronto Zoo next Friday after she only spoke English during a government inspection. The parrot - known as “Bouton” - was the star attraction at the Tropical Ecosystem exhibit and very popular with tourists. Chief of Animal Compliance at the Office Québecoise de la Langue Française Florence Laplante conducted two surprise visits to the Montreal attraction last week. “On both occasions, Bouton only spoke to visitors in English,” said Lachance. “She asked for crackers, not craquelins.” Lachance continued: “Bouton also violated OQLF rules about French being the official language of the workplace. Bouton's trainer, Jacques Delorme tried to take matters into his own hands by creating a French immersion course in a bid to stave off her deportation. Bouton’s replacement, Marie-Eve, a Francophone Spectacled parrotlet arrives from Fossambault-sur-le-Lac next week.

s Top 15 Trends For Customer Service In 2013 2012 is still a vivid memory for most of us. But it’s time to look ahead to 2013 and focus on the key trends that customer service professionals need to pay attention to as they plan for success this year. Here are the top trends that I am tracking. My full report is here. Trend 1: Channel Preference Is Changing Rapidly Across all demographics, voice is still the primary communication channel used, but is quickly followed by self-service channels, and digital channels like chat and email. Trend 2: Mobile Solutions Are Becoming A Must-Have Customer service mobile applications remain nascent as more companies focus on their mobile marketing, sales, and eCommerce mobility strategies. Trend 3: Agile Service Is Becoming More Important Than Multichannel Service Customers expect service to be agile — that is, being able to start an interaction in one communication channel or touchpoint and complete it in another. Trend 4: Customers Expect Proactive Outbound Communication

Italian Court Rules MMR Vaccine Caused Autism: US Media Blacks Out Story The debate over vaccines continues as an Italian court ruled in favor of the Bocca family whose nine-year-old son became autistic after receiving the MMR (Measles/Mumps & Rubella) vaccine. I came across this case and felt it was a good idea to report on this as the vaccine debate has been a hot topic here lately. Although the case concluded in 2012, the information is just as relevant today. UPDATE: We realize the controversy surrounding Wakefield and his study. Please also note that the story about Wakefield being paid to create data to due vaccine makers is a false story. Autism is a spectrum disorder, meaning that there is a wide degree of variation in the way it affects people. Valentino Bocca was given the MMR vaccine when he was 15 months old in 2004. Of course this case does not come with two sides to the argument. The Bocca case is not the first case where children have been allegedly damaged by vaccines. The following is from Dr. Dr. Why? Sources:

Minimum Viable Personality Today we have a special guest post. There have been a few guest posts here at AVC. Maybe a half dozen in total. It's from our favorite Giant Robot Dinosaur and it's about Minimal Viable Personality, something I have referred to as "voice" in pior posts. One final note. 6 Signs That You May Not Have A Digital Marketing Strategy July 22, 2013 - Posted by Rilee Chastain Is your company “doing without thinking,” or do you actually have a strategy? Many different businesses have their own internal strategies and initiatives set in place in order to support their company goals year to year. In addition to internal strategies, many business, both large and small, also have marketing strategies set in place in order to brand their company and connect further with their audience. Here are six signs that you may not actually have a successful digital marketing strategy set in place for your business: 1. When most people think of the term “audience” in terms of business, they often think of demographics―age, gender, location, education, etc. 2. If you find something that is entertaining online, whether it is a funny meme or a helpful infographic, you usually share it with your friends on your personal profile no matter what kind of tone or style it represents. 3. 4. 5. 6. Related Posts

Born Rich First-time filmmaker Jamie Johnson, a 23-year-old heir to the Johnson & Johnson pharmaceutical fortune, captures the rituals, worries and social customs of the young Trumps, Vanderbilts, Newhouses and Bloombergs in the documentary special, Born Rich. Offering candid insights into the privileges and burdens of inheriting more money than most people will earn in a lifetime. Narrated by Johnson, a history student at New York University, and filmed over a three-year period, Born Rich spotlights ten young adults who came into the world knowing they would never have to work a day in their lives. These society-column names speak frankly about the one subject they all know is taboo: money. Most wealthy people are told from a very young age not to talk about money, notes Johnson. Among the peers Johnson interviews are: Josiah Hornblower, heir to the Vanderbilt and Whitney fortunes; S.I. Watch the full documentary now

Loving Couple Born on the Same Day Die One Day Apart Les and Helen Brown were a husband and wife who were born on the same day. It seemed as if God brought these two together! When they met as teens, their parents disapproved of the match, but that didn't stop them from embracing true love. They eloped and eventually spent 75 years together. Helen died on July 16 and Les died on July 17, according to their son. "My mom often said she didn't want to see my father die, and he didn't want to live without her." Helen passed away from battling stomach cancer and Les was suffering from Parkinson's disease. (via dailymail.co.uk) A parent's love -- no matter what - alice.default - HEC Paris Mail The mystery of monogamy: scientists claim to have the answer | Science As an enduring mystery of the human condition, it has been praised and damned in equal measure. It is a bridge over the abyss of isolation but can be a bit like croquet: easy enough to grasp the rules but a hard game to enjoy. Now scientists in Britain have taken the puzzle of monogamy and boiled it down to one big question: how did it come about in the first place? A new study claims finally to have an answer. "Humans have ended up monogamous to some extent, it's the predominant way we live," said Christopher Opie, an anthropologist at University College London. How males and females come together is as varied as anything in nature. What leads some species to monogamy and others not has prompted scientists to come up with three possible explanations. One is that when offspring are demanding, two parents might be better than one. Opie's team drew up a plan to find out which hypothesis most likely led to monogamy. Next, they used simulated evolution from 75m years ago to modern day.

7 Company Blogs That Build Community (And More) Company blogs aren’t usually considered supreme ROI-generators. Some simply see them as a necessity for SEO, while others hire writers because everyone else is doing it. A good blog is a community builder, a resource that users, friends, and partners turn to when they’re looking for information, advice, or even just a smile. A great blog is one that people talk about with their friends, read on a regular basis, and wait with bated breath for the next post. A blog is not only an opportunity to show off your authority, but it also helps keep your business top of mind. With that in mind, let’s look at 7 company blogs that do it right, along with some practical tips for getting the same success in your blog. Mint doesn’t offer a glamorous service — the platform helps users manage their budgets by categorizing their transactions. A blog about personal finance is a natural fit, and Mint does an exceptional job of providing practical advice that is relatable. 1. 2. Lessons to learn from Mint: