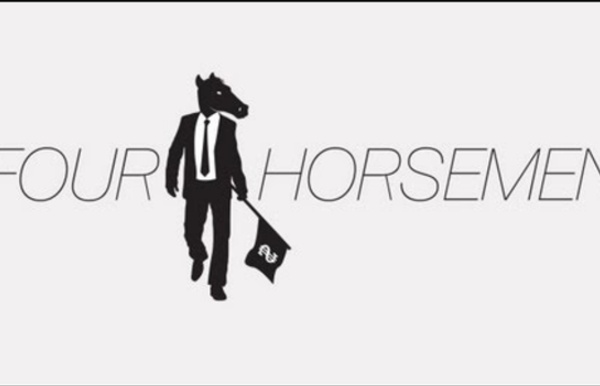 Mysterious Rays of Light Began Radiating From The Pyramids Around The World NASA and the European Space Agency have been warning the world for two years about the approaching catastrophes that may unfold during 2015 to 2016. Although NASA covered up the strange photon cloud that’s now enveloped the solar system, the word has leaked out from some scientists. And now, as the ominous cloud approaches it’s affecting the sun and planets in measurable ways. Amazingly, as the bizarre energy invades our space, some of the world’s most famous pyramids are generating intense energy. Several incredible incidents of visible power beams shooting skywards into space towards the region of the alien photonic cloud are well-documented. At the same time, people around the world began hearing and recording frightening sounds—noises that seem as if the Earth itself is moaning and wailing.

Your Lifestyle Has Already Been Designed (The Real Reason For The Forty-Hour Workweek) December 10, 2014 - Well I’m in the working world again. I’ve found myself a well-paying gig in the engineering industry, and life finally feels like it’s returning to normal after my nine months of traveling. Because I had been living quite a different lifestyle while I was away, this sudden transition to 9-to-5 existence has exposed something about it that I overlooked before. Since the moment I was offered the job, I’ve been markedly more careless with my money. Not stupid, just a little quick to pull out my wallet.

Solutions The most important insight about materials in the twentieth century was biologist John Todd’s, when he coined the phrase “Waste equals food.” That happens to be the exact practice of all living systems, but at the time Todd made his observation, it was in stark contrast to the realities of the manufacturing world. Industry has come a long way since then, with responsible companies now paying close attention to where they source their materials and what happens to them after the useful life of their products. That being said, society is at the very beginning of redesigning and reimagining the materials used in products and structures, as well as the means by which they can be reduced, reused, and recycled. The newest discoveries are not covered here, of course, but this section details the common techniques and technologies critical to the effort to reverse global warming.

Is Ayahuasca Mother Nature's 'Red Pill'? By Nanice Ellis Contributing Writer for Wake Up World I am going to tell you the truth about my own spiritual awakening, but first you must know that I have been on the path for enlightenment since I was twelve years old.

What Does The Globalist Agenda / New World Order Plan Mean For New Zealanders? [and the rest of the world] United Nations, John Key's New Zealand Cycle Way and Fascist Globalist Government in New Zealand - Agenda 21 The vast majority of New Zealanders and the world in general are so distracted by day to day busy-ness, reality television and sports that most are oblivious to the socialism creeping in at the local level through Agenda 21. " Effective execution of Agenda 21 will require a profound reorientation of all human society, unlike anything the world has ever experienced a major shift in the priorities of both governments and individuals and an unprecedented redeployment of human and financial resources. This shift will demand that a concern for the environmental consequences of every human action be integrated into individual and collective decision-making at every level. " - excerpt, UN Agenda 21 The New Zealand Cycle Trail sounds like a great and innocent idea and in principle it is.

Russia's Indigo Child: A reincarnated soul from Mars with fascinating knowledge baffles scientists Boriska, Russia’s Indigo Child: A young boy said to have lived on Mars and reincarnated on Earth According to reports, a young boy called Boris Kipriyanovich, who lives in Russia’s Volgograd region, is a reincarnated Indigo Child. His knowledge and skills have fascinated not only his parents but researchers who have studied the young boy. (scroll down for a video interview) Boriska’s mother claims the boys knowledge of the universe is fascinating. Ever since Boriska (his nickname) was four years old, he was used to visiting an anomalous zone referred to as Medvedetskaya Gryada, which a small mountain in the vicinity of Zhirinovsk, where the boy lives with his parents.

Networks vs. Hierarchies: Which Will Win? Niall Furguson Weighs In “Has political hierarchy in the form of the state met its match in today’s networked world?” Where Mr. Furguson and I agree is in the realization that modern technology has provided networks with the most powerful tool yet in their endless struggle against centralization and hierarchy. Where we disagree is the conclusion. Neuroscientists have recorded the brain activity of a man at the exact moment he 'saw God' Medical case reports are incredible things. Like real-life episodes of House, they offer a glimpse into what’s often a single patient’s unique experience of some kind of unexplained medical anomaly, like this woman who hallucinates people's faces changing into dragons on a daily basis, or this man, who had a huge rubbery mass floating around his abdomen for years. This week, Israeli researchers report how a patient experienced an intense religious experience while undergoing treatment for epilepsy, causing him to 'see' and converse with a figure he took to be God. And the best part is he happened to be plugged into a brain scanner at the time.

“Manufacturing Dissent”: The Anti-globalization Movement is Funded by the Corporate Elites This article was first published in 2010. The author’s introductory quote was first formulated in 2001 in the context of the Summit of the Americas in Quebec City which was held a few months before 9/11 “Everything the [Ford] Foundation did could be regarded as “making the World safe for capitalism”, reducing social tensions by helping to comfort the afflicted, provide safety valves for the angry, and improve the functioning of government (McGeorge Bundy, National Security Advisor to Presidents John F. Kennedy and Lyndon Johnson (1961-1966), President of the Ford Foundation, (1966-1979)) “Under the New World Order, the ritual of inviting “civil society” leaders into the inner circles of power –while simultaneously repressing the rank and file– serves several important functions.

Buddha's Keys to Unlocking Change in your Life There are very few certainties in life but one thing that will remain consistent through your life is, you will continually have challenges and problems to overcome and while these challenges will differ from person to person, the solution for any problems can be broken down into 7 key areas for development. In a sacred text called the Sabbāsava Sutta the Buddha outlines these 7 areas; my interpretation of this text is below. The original text is available to read here in Pāḷi and English. 1.

Mises Institute Left-wing revolution is one of history's biggest bait-and-switches. Both for the intellectuals who hanker for the grapeshot, and for the marginalized peoples who get concentration camps instead of the anti-capitalist utopia they were promised. "Revolutions eat their children."

Synchronicity and the Secret of the Co-creator By Robert Torres Guest Writer for Wake Up World Synchronicity: is the experience of two or more events that are apparently causally unrelated occurring together in a meaningful manner [to the observer]. Capitalism vs. Democracy Thomas Piketty’s new book, “Capital in the Twenty-First Century,” described by one French newspaper as a “a political and theoretical bulldozer,” defies left and right orthodoxy by arguing that worsening inequality is an inevitable outcome of free market capitalism. Piketty, a professor at the Paris School of Economics, does not stop there. He contends that capitalism’s inherent dynamic propels powerful forces that threaten democratic societies.

The Only Chakra Test Out There That Is Actually Accurate Most tests or quizzes on the internet are completely inaccurate, or just a silly thing we do for fun. So many quizzes claim to be able to understand your personality with only a few clicks. Most of us know these are usually a waste of time if you’re really looking for accurate results. A friend recently brought this test back to my attention, after I had found it years ago.