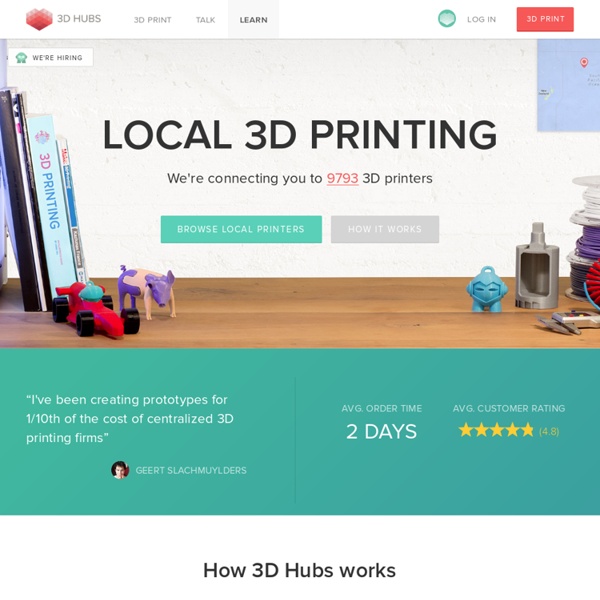 DeltaTrix 3D Printer Under Revision: This Instructable is being updated to reflect the latest version of the DeltaTrix 3D printer, as produced for my Kickstarter project. Until this message is removed, the update is still in progress. The entire previous version is still available in the form of a PDF (actual instructions + pictures) and a rar file (all other files). See below for the PDF and rar file. The current state provides sufficient information to build up a printer from a Kickstarter kit, but not yet enough for building up the latest version from scratch. The DeltaTrix 3D printer is a capable and novel 3D printer, designed to be simple in construction, yet effective in functionality. the_dimka: codex seraphinianus in the late 70s italian architect, illustrator and industrial designer luigi serafini made a book, an encyclopedia of unknown, parallel world. it’s about 360-380 pages. it is written in an unknown language, using an unknown alphabet. it took him 30 month to complete that masterpiece that many might call “the strangest book on earth”. codex seraphinianus is divided to 11 chapters and two parts - first one is about nature and the second one is about people.btw five hundred years ago there was another book somewhat like that - voynich manuscript. take a look at some pages (click on image to see a bigger version) amazon sells those for 500 bucks or more you can read about it in wikipedia.i can’t even tell you how much i like stuff like that

These Cute Little Drones Could 3-D Print a House A swarm of super cute, 3-D printing robots called "Minibuilders" could replace construction workers in the near future. Minibuilders Three robots working in conjunction can lay a foundation, build walls, roofs, and even act as a handyman fixing weak spots on demand. Minibuilders employs a specially formulated, thermosetting build material made from 60% marble powder and 40% Axson Easymax which is cured using a pair of heat guns attached to the robots. These little laborers are directed by a master unit that also dispenses the concrete mixture through long tubes. But each robot has some built-in smarts. Choc Creator V1 Choc Creator is a simple, versatile precision desktop 3D Chocolate Printer, developed as a cost-effective solution for individuals, chocolatiers, entrepreneurs and small businesses to make innovative chocolate products; the possibilities are endless! For more information about Chocolate Printing check out our 3D Printing page. • Compact three dimensional motion platform allows for convenient desktop use anywhere. • Easy-to-use printing head and quick-install syringe mean that the printer can be refilled within a matter of minutes. • Simple USB connection means that designs can be rapidly sent to the printer for creation. • Designed to print accurate chocolate line tracks from 0.5 mm to 1.5 mm - much finer and more precise than any current manual piping technique.

Custom Mechanical Biorhythm Computer, 3D printed Update: After posting this, I realized that it's missing the most important part of any instructible! I'll be posting a complete list of parts, complete with STL files for them, in case you want to build one on your own. In the meantime, I've attached the full STL model below, and made it downloadable at both Ponoko and Shapeways. Service Design Tools Design activities Co-designing Envisioning Testing & Prototyping Implementing

A tiny Arduino laser cutter A few years ago I saw an Instructable where Groover had used a pair of DVD-RW drives to make a pocket laser engraver. Inspired by the idea, driven by the recent purchase of a full-sized 50 watt CO2 laser cutter, and roused by the launch of the Microcontroller contest I took the decision to have a crack at making my own mini laser engraver. I have called the project the MicroSlice. What are the features of the MicroSlice? The MicroSlice has a work area of 50mm x 50mm (2" x 2"). The V2 is now 100mm x 100mm (4" x 4").

Arduino Laser Engraver I started this project because I wanted to make something that had mechanical, electrical and software components. After looking around on Instructables, I figured that an Arduino based laser engraver would be an interesting machine to make, and that the machine itself could make interesting things. Laser diodes have also advanced quite a lot in the last few years, allowing reasonably powerful DIY laser engravers to be made without the hassles of laser tubes. This machine can engrave wood and cut paper. I haven't tried other materials yet because there is no fume extraction capability - plastics generally create toxic gases when burnt. SAFETY WARNING - Please be safe when using lasers.