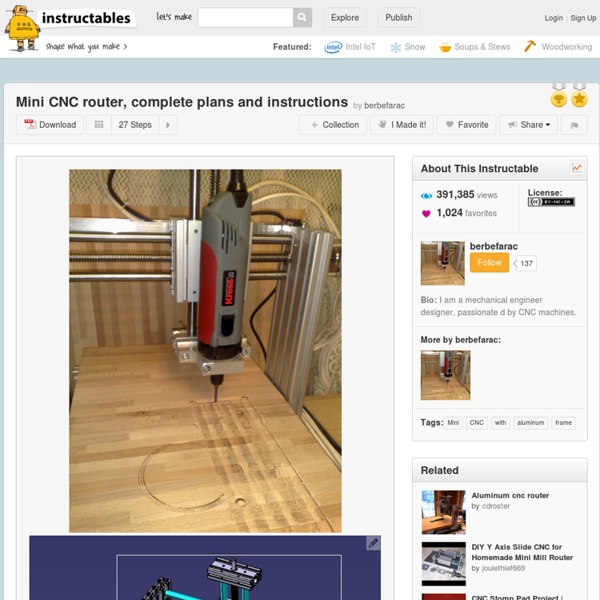 Flux 3D: A cheap, modular 3D scanner, printer and laser engraver A Taiwanese team has developed the Flux 3D, a cheap all-in-one 3D printer, scanner and laser engraver that, thanks to its modularity, also leaves room for further expansion. The device also allows users to create, share and download designs directly from their mobile devices and connect to the printer via Bluetooth for more convenient operation. View all It wasn't too long ago that buying your own personal 3D printer would set you back a small fortune. The $679 Flux picks up where these two left off, giving you arguably the best bang for your buck yet with a multi-purpose printer, scanner and laser engraver that's not only cheaper than the rest, but which can also be further augmented by adding separate modules as they are developed. To switch from printing to scanning, you simply remove the plastic base and expose the 1.3-megapixel CMOS sensor, which can be used to scan small objects as they sit on a rotating platform. The team's Kickstarter pitch video can be viewed below. Source: FLUX

OpenBuilds Part Store How to Make a Three Axis CNC Machine (Cheaply and Easily) A salute to those who have laboured through to this point (and to demonstrate that it is reproducable) Here are some pictures of other peoples machines. Photo 1 - Chris and his friend put together this unit; laser cutting the parts out of half inch acrylic. Not only does it look super it must weigh a ton. Photo 2 - Sam McCaskill has finished his desktop CNC machine and it's looking really really nice. Photo 3 - Angry Monk's - With MDF pieces cut on a laser cutter and drive converted from toothed belts to threaded rod Photo 4 - Bret Golab's - Bret has completed his and gone through the extra step of getting it setup to work with Linux CNC (a task I attempted and was foiled by complexity). (If you have built one and would like it featured here, please send me a PM and we can arrange for the sending of photos)

Blog January 22nd, 2015 by bdring It’s ORD Camp time again this weekend. Every year I have done a gonzo build of some type of CNC machine. This year I only had a few hours to spare, so I wanted something simple. These are never meant to be practical machines, just conversation starters. This was hacked together and programmed in about two evenings with stuff I had laying around, but working at Inventables means there is a lot of cool stuff “laying around”. The stepper motors are driven with some high resolution stepper drivers. L = 150mmA = 90mm I have my CAM software output circles as multiple lines, so circles don’t need to be dealt with. Here are a few more pictures taken at this weeks Beer and Making session at Inventables. The shield has a solenoid driver that I was going to use for pen up, but I never got around to that. Here is a video of it running. A few people have asked if the motors could be moved to different locations. October 26th, 2014 by bdring September 11th, 2014 by bdring

How to make a mini milling machine- manual or CNC! I think one of the best things about tools is that they can be used to make more tools! I decided to build a miniature milling machine for machining plastic parts, creating wax patterns and for drilling really small precise holes. I also wanted to design it so that I could convert it to CNC for machining circuit boards and for doing repetitive work. The finished mill has a 11" x 18" footprint and is about 19" tall. The X axis travel is 6 1/8" The Y axis travel is 6 1/4" The Z axis travel is 2 1/4" If there are any questions about any of the drawings or something just doesn't make sense just ask! Follow along and build one for yourself!

FABtotum - Personal Fabricator Simple CNC Machine What I'm going to try and show you in this instructable is how to build a simple CNC machine. Now when I say Simple I mean you only require basic tools & materials to build the machine. The machine is made out of Sawn Timber, drawer sliders, nema 17 Stepper motors, a TB6560 Driver Controller Board and a Dremel Trio as the milling/cutting tool I started about year ago trying to build a CNC machine, I tried a few different designs but i struggled to get the building of them right. This was mainly down to the complexity of some of the designs and the lack of equipment I needed to build them and the money that they cost. So I went back to the drawing board and tried to build a machine that was easy to make and used readily available parts to keep the price down. The Video Gives a quick overview of the Machine

The MakeSlide Project Arduino 3-axis Mini Lazer Paper-Cutter Updated : 16/3 Add step 4, about using the stage. Updated : 18/3 Add photos (cutting vinyl adhesive sheet) Updated : 19/3 Add step 5, acting as pen plotter Updated : 20/3 Add laser engraving video (Wood) and photo Updated : 22/3 Add 2 drawings to show the structures of machine, also visit this link. +++++++++++++++++++ I read many posts and now I had finished my first mini Lazer Cutter. The design is simple and reliable ( u can see the video ) It is using Arduino Duemilanove + GRBL (0.8c) + 100mW blue/ violet lazer with external battery power supply (5V) Drawing program is inkscape + gcodetools, gcode sender is Unversai G Code Sender I want to share with u but it is really difficult for me to explain it in english... I just want to share some experiences, or, may be u can ask me... Also, most of the technical things (especially about GRBL) u can find in the following articles.