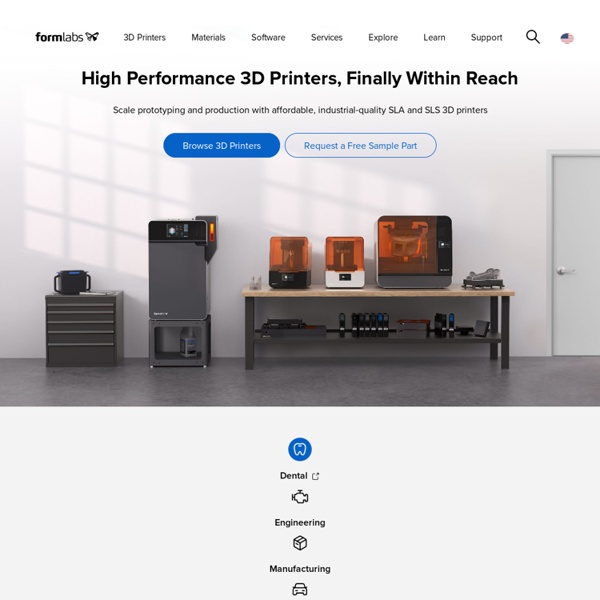 IdeaWerk™ Speed_Shenzhen Weistek Co., Ltd Youtube: Shenzhen Weistek Co., LtdA leading developer and manufacturer of desktop 3D Printer & Filament Contact us: contact@weistek.net IBM invents ’3D nanoprinter’ for microscopic objects Illustration: a hot tip triggers local decomposition and evaporation of chip substrate material to etch patterns (credit: Advanced Materials) IBM scientists have invented a tiny “chisel” with a nano-sized heatable silicon tip that creates patterns and structures on a microscopic scale. The tip, similar to the kind used in atomic force microscopes, is attached to a bendable cantilever that scans the surface of the substrate material with the accuracy of one nanometer. Unlike conventional 3D printers, by applying heat and force, the nanosized tip can remove (rather than add) material based on predefined patterns, thus operating like a “nanomilling” machine with ultra-high precision. IBM scientists have invented a tiny “chisel” with a heatable silicon tip 100,000 times smaller than a sharpened pencil point.

Beehive Beehive has been using 3D printing to make eyewear for a long time. Now we want you to do it too. We’re developing an online interface for you to create glasses frames with some really simple tools. Printer produces personalised 3D chocolate 5 July 2011Last updated at 15:08 By Katia Moskvitch Technology reporter, BBC News The printer uses chocolate instead of ink AO-100 3D Printer Package - LulzBot Shipping and Payment InformationTAZ is currently only in stock and available to ship from our London, UK distribution center. Stock in other locations will be available again in 1-2 weeks. The evolution of desktop 3D printing continues with TAZ 3, LulzBot’s top-of-the-line, highest quality printer to date. Merging technical expertise with design sensibilities, TAZ is for inventors, entrepreneurs, design engineers and prototypers — bring your ideas to life with TAZ . Aleph Objects, Inc. is a fully Libre/Open Source Hardware company. This means that you as a user have total freedom to incorporate the latest upgrades from our research and development team and user community; hack and modify the printer to fit your unique needs; copy the entire machine (or just parts of it); and view the source files and bill of materials.

Head to head: Potter versus 3D printer Ceramics is an ancient, global art form, whose fundamentals have not changed for centuries. 3D printing on the other hand, has only been around for a couple of decades - but has attracted a wave of artists and craftspeople. But should we think of 3D printing as a new branch of arts and crafts? Does it have any right to be considered a craft at all? markus kayser: solar sinter 3D printer jun 28, 2011 markus kayser: solar sinter 3D printer ‘solar sinter’, a solar-powered 3D printer by markus kayser, utilizes the abundant desert resources of sun and sand to manufacture products london-based markus kayser, a masters candidate in design products at the royal college of art, converts the raw resources of sunlight and sand into glass products with his fully automated, solar-powered ‘solar sinter‘ 3D printer. the device works from the same technique of sintering that is common to most 3D printer processes, heating a powder (here silicia sand) to its melting point and letting it cool and solidify (here into glass). ‘solar sinter’ utilizes the sun’s rays in place of a laser to selectively heat parts of the sand.

Ultra-Bot 3D Printer by William Steele The Ultra-Bot 3D printer is the result of me wanting to expand the capabilities of my original Makerbot Cupcake printer. I was first introduced to 3D printing in 2009 when I needed to have some custom parts made for a project I was working on. I then realized I could purchase the Cupcake and print my own parts for less than it would have cost me to have them made by an outside shop. That led me down the path to where I am Today.

AIO Robotics' ZEUS - 3D Scanner/Printer ZEUS - the All-in-One 3D Machine Prepare the next generation for the world of tomorrow. Education of Today Create unique & personalized objects that suit your lifestyle. Explainer: What Is 4D Printing? Additive manufacturing – or 3D printing – is 30 years old this year. Today, it’s found not just in industry but in households, as the price of 3D printers has fallen below US$1,000. Knowing you can print almost anything, not just marks on paper, opens up unlimited opportunities for us to manufacture toys, household appliances and tools in our living rooms.

Creation corner 3D modeling service You have some great ideas in your head to 3D print, but you don’t know how to design in 3D? No problem, with our 3D modeling service you can easily find a qualified 3D modeler. Now that 3D printing is getting bigger and becoming mainstream, more and more people want to design 3D printable objects. Of course, not everyone has the set of skills to do that.

Eventorbot! Open source 3D printer. by eventorbot Eventorbot! Open source 3D printer. Simple with less materials. Frame is made of a single 4' long, 2 1/2" square tube (16 gauge/1.5mm/.0598" thick, cost: less then $20.00). With the design there is less plastic parts, stronger structure, all wires are hidden, and a more appealing/finish look. The blue print file will get you more familiar with the construction of the unit.