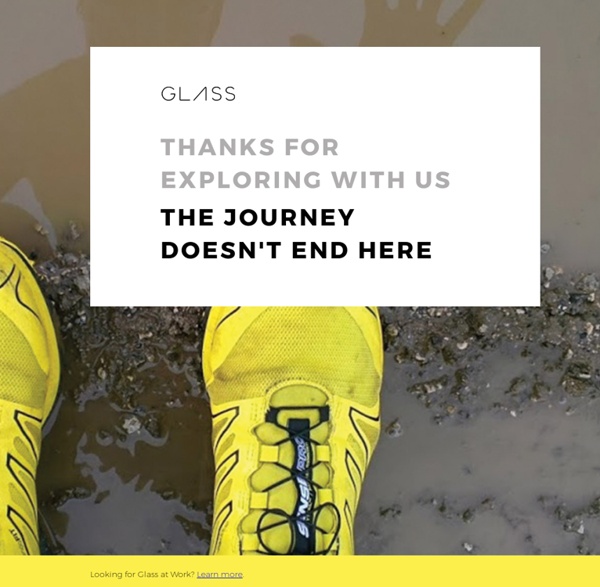 How to camouflage yourself from facial recognition technology The day when you’ll be able to hold up your phone and identify a stranger through a viewfinder is getting closer. Google’s Goggles, a mobile app for visual search, has a facial recognition version unreleased to the public, while Israeli startup Face.com’s technology can tag people’s faces in Facebook photos. Facebook even released a basic version of face detection last night, although it doesn’t have recognition. So in a world where technology chips away at our ability to remain anonymous, how does one reclaim some semblance of control? It turns out there’s actually a pretty simple way around the facial recognition technology available in the market today, according to Adam Harvey, a graduate student at NYU’s ITP (the same program that produced Foursquare chief executive Dennis Crowley and that Twitter’s location guru Raffi Krikorian taught at).

PROJECTS Sunao Hashimoto, Akihiko Ishida, Masahiko Inami, Takeo Igarashi Abstract The most popular remote control method for robot is a joystick and a gamepad. Kleiner Perkins, Andreessen Horowitz team up to fund Google Glass apps Google Ventures, Kleiner Perkins Caufield & Byers, and Andreessen Horowitz are creating a new program to fund startups that want to make apps for Google Glass. It’s called Glass Collective, and it’s a huge opportunity for developers willing to work on a barely-alpha piece of hardware. When entrepreneurs with a Glass-y idea get a chance to pitch any one of the firms, they’ll actually end up pitching to all three of them. And if one firm decides to invest, it’s highly likely that all three VC funds will get in on the deal. It’s not a new fund, but it is a distinct drive for three of Silicon Valley’s biggest names and deepest pockets to accelerate the Google Glass ecosystem, all while giving those startups the best possible access to Glass itself. In a phone call today with Google Ventures partner Bill Maris and Kleiner Perkins general partner John Doerr, VentureBeat learned about the specifics of the partnership and the kinds of apps these VCs are trying to find.

Google Is Forbidding Users From Reselling, Loaning Glass Eyewear No sharing. Photo: Google Google is barring anyone deemed worthy of a pair of its $1,500 Google Glass computer eyewear from selling or even loaning out the highly coveted gadget. Darpa Wants You to Transcribe, and Instantly Recall, All of Your Conversations The Pentagon's blue-sky researchers are funding a project that uses crowdsourcing to improve how machines analyze our speech -- and let you easily record, transcribe and recall all the conversations you ever have. Face.com Brings Facial Recognition to the Masses, Now with Age Detection: Interview With CEO Face.com's API now returns an age estimation for faces it detects in photos - seen here with some recognizable examples. Looking at someone’s face can tell you a lot about who they are. Running a picture through Face.com‘s systems let’s you turn those instincts into cold hard data.

Creating Augmented Reality for Education The cARe project explores two examples of how Augmented Reality (AR) could be used to enhance learning. The examples focus on the use of AR with nursing students. Further details of the projects are described below. Google Ventures, Kleiner Perkins And Andreessen Horowitz Team Up As “Glass Collective” To Invest In Google Glass Ecosystem Today, Google Ventures announced a partnership with two of the biggest technology venture capital firms in the world, Andreessen Horowitz and Kleiner Perkins, on what they’re calling the “Glass Collective.” While this isn’t a fund, the three firms will be sharing seed investment dealflow for entrepreneurs and developers who are working on Google Glass software and hardware. If one firm sees an interesting opportunity, it will go to the others with it. The hope of this collective effort is to kickstart the developer ecosystem for Glass and bring it to mainstream users as soon as possible. Steve Lee, product lead on the Glass team, confirmed that Google will start shipping, hopefully within the next month, the Glass Explorer kits to developers who showed interest in Glass when it was introduced last year at Google I/O. So the three firms want to get in front of the activity that is currently, and will be in the future, happening in the ecosystem.

Facebook, Twitter, Tumblr, CNN And Evernote Apps Coming To Google Glass Today Google announced a number of new partner apps today on stage at Google I/O during the “Developing for Glass” session. Facebook and Twitter were the highlights of the list, which also included Evernote, Tumblr, Elle and CNN, in addition to the previously announced NYT and Path apps. The CNN app sends video to Glass via updates, and streams news to a browsable feed. It can alert users when there’s breaking news in a category that they want to follow, and those alerts can be customized to show up at specific times of day. They show up as text but can also be read aloud using the Mirror API. Screenshot_2013-05-16-11-13-11 Remote Control of Brain Activity Using Ultrasound  Dr. William J. Tyler is an Assistant Professor in the School of Life Sciences at Arizona State University, is a co-founder and the CSO of SynSonix, Inc., and a member of the 2010 DARPA Young Faculty Award class. Every single aspect of human sensation, perception, emotion, and behavior is regulated by brain activity.

Google Glass: Artificial Unconscious? : Neuroskeptic Google Glass is cool. But could it be philosophically dangerous? 60 years ago, Ludwig Wittgenstein famously wrote: Where does this idea come from?