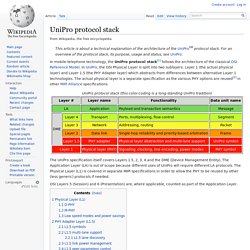 For an overview of the protocol stack, its purpose, usage and status, see UniPro. In mobile-telephone technology, the UniPro protocol stack[1] follows the architecture of the classical OSI Reference Model. In UniPro, the OSI Physical Layer is split into two sublayers: Layer 1 (the actual physical layer) and Layer 1.5 (the PHY Adapter layer) which abstracts from differences between alternative Layer 1 technologies. 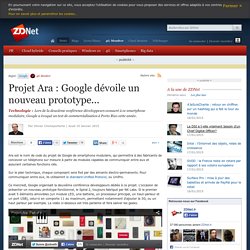 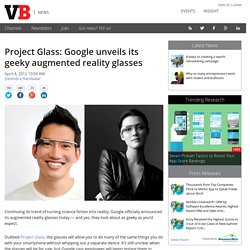 Dubbed Project Glass, the glasses will allow you to do many of the same things you do with your smartphone without whipping out a separate device. It’s still unclear when the glasses will be for sale, but Google says employees will begin testing them in public. In a concept video released today, Google showed how the glasses could take pictures, give you directions, check-in to locations, and even perform video chats. “We’re sharing this information now because we want to start a conversation and learn from your valuable input,” Google’s Babak Parviz, Steve Lee, and Sebastian Thrun wrote on a new Google+ page for the project. “So we took a few design photos to show what this technology could look like and created a video to demonstrate what it might enable you to do.” 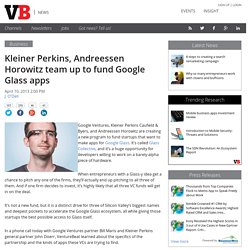 It’s called Glass Collective, and it’s a huge opportunity for developers willing to work on a barely-alpha piece of hardware. When entrepreneurs with a Glass-y idea get a chance to pitch any one of the firms, they’ll actually end up pitching to all three of them. And if one firm decides to invest, it’s highly likely that all three VC funds will get in on the deal. It’s not a new fund, but it is a distinct drive for three of Silicon Valley’s biggest names and deepest pockets to accelerate the Google Glass ecosystem, all while giving those startups the best possible access to Glass itself. In a phone call today with Google Ventures partner Bill Maris and Kleiner Perkins general partner John Doerr, VentureBeat learned about the specifics of the partnership and the kinds of apps these VCs are trying to find.

Google Ventures, Kleiner Perkins And Andreessen Horowitz Team Up As “Glass Collective” To Invest In Google Glass Ecosystem. Today, Google Ventures announced a partnership with two of the biggest technology venture capital firms in the world, Andreessen Horowitz and Kleiner Perkins, on what they’re calling the “Glass Collective.” 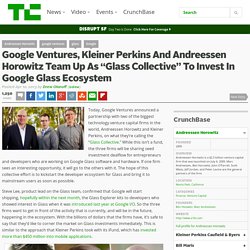 While this isn’t a fund, the three firms will be sharing seed investment dealflow for entrepreneurs and developers who are working on Google Glass software and hardware. If one firm sees an interesting opportunity, it will go to the others with it. The hope of this collective effort is to kickstart the developer ecosystem for Glass and bring it to mainstream users as soon as possible. Steve Lee, product lead on the Glass team, confirmed that Google will start shipping, hopefully within the next month, the Glass Explorer kits to developers who showed interest in Glass when it was introduced last year at Google I/O.

So the three firms want to get in front of the activity that is currently, and will be in the future, happening in the ecosystem. Yep, that’s the future. Project Glass: Google unveils its geeky augmented reality glasses. Glass. /sci/ - Science, Technology, Engineering, and Mathematics. File 137740339172.jpg - (401.45KB , 1680x1050 , titanfalsecolor.jpg ) First off, hello there, I'm deadbabies, and I will be taking over as /sci/ moderator. 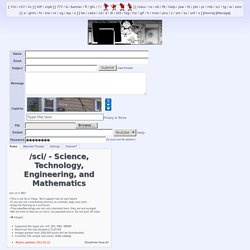 Rules will remain the same. Please use the report function if you see posts that violate the rules, but also do not abuse it. I have officially expanded the scope of /sci/ a bit. You may discuss Science, Technology, Engineering, and Mathematics here now. The IRC channel #/sci/ is now (finally) re-registered and I am running as operator on here. ADDITIONALLY and IMPORTANTLY I have had several requests on IRC regarding the old Ebook FTP that we used to have. That being said, I'm just going to leave this link here: You may find what you seek here. I will be unstickying the old ebook/source articles thread. 9 posts and 2 images omitted.