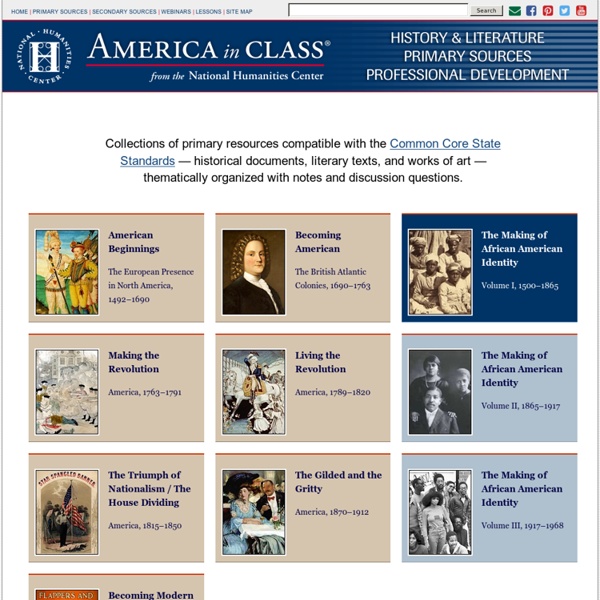 Civil War Primary Sources Primary Documents by Topic: Most Popular Official Records Addresses & Speeches Acts, Bills, & Orders Military Correspondence & Documents Personal Correspondence & Narratives Prints & Photos Maps Document Collections Getting Started Primary Documents Teaching History With Film: 'Lincoln', 'Argo' and 'Zero Dark Thirty' DreamWorks Pictures and 20th Century FoxDaniel Day-Lewis in Steven Spielberg’s film “Lincoln.” Three of this year’s Oscar contenders — “Lincoln,” “Argo” and “Zero Dark Thirty” — invite viewers to look at history, either through the lens of the distant past (as in the case of “Lincoln”) or through recent events (like “Zero Dark Thirty”), and to question the degree of truth and fiction at work in the retelling of these events. These same three movies have also prompted some serious debate and reflection on American politics, and the direction the nation should be headed. Below, we offer ways you can approach each film in the classroom, with critical thinking questions and related Times resources. While they are intended as jumping-off points for further discussion and reflection, you can also have students address these themes by writing their own movie reviews or scene analyses.

Primary Source Materials What is a Primary Source? When teaching and learning history, the term "primary source" generally refers to official documents, letters, diaries, photographs, advertisements and about any other print material found in its original form. These materials may be transcribed and/or reproduced. However, for purposes of historical accuracy the content will reflect the original document. The term "historical artifact" on the other hand is generally understood to be broader and includes primary sources, as well as a host of other objects not limited to print material.

Teachers Homepage - National Geographic Education This website would like to remind you: Your browser (Firefox 17) is out of date. Update your browser for more security, comfort and the best experience on this site. Educators! National Art Inventories What are the Inventories? The Inventories of American Painting and Sculpture document more than 400,000 artworks in public and private collections worldwide. The Inventory of American Paintings includes works by artists who were active in America by 1914. The Inventory of American Sculpture has no cut-off date and includes works from the colonial era through contemporary times. These online databases are supplemented by a photographic collection of over 80,000 images. The photographs are available for study purposes in our Washington, D.C., office.

A More Perfect Union One of the most revolutionary aspects of the Constitution is “federalism,” the innovative system which created a strong national government while at the same time preserving much of the independence of the states. This delicate balance of power, seemingly hard-wired for disagreement and conflict, has served America well for more than two centuries. But it has also led to tensions throughout American history and still sparks controversy today. Peter Sagal travels across the country and meets many who believe that the federal government has grown too big, and assumed more power than the framers intended.

The University of Oklahoma College of Law: A Chronology of US Historical Documents Links marked with an asterisk (*) are to other websites and will open in a new window. Pre-Colonial To 1600 Digital History Completed just three weeks after British sentries killed five colonists and wounded six others, Paul Revere's engraving shaped the popular image of the Boston Massacre. Unhappy BOSTON! see thy Sons deplore, Thy hallowe'd Walks besmear'd with guiltless Gore: While faithless --- and his savage Bands, With murd'rous Rancour stretch their bloody Hands; Like fierce Barbarians grinning o'er their Prey, Approve the Carnage, and enjoy the Day. If scalding drops from Rage from Anguish Wrung If speechless Sorrows lab' ring for a Tongue, Or if a weeping World can ought appease The plaintive Ghosts of Victims such as these; The Patriot's copious Tears for each are shed, A glorious Tribute which embalms the Dead.

Primary Sources: Overview of Collections One of the nation’s top collections of rare law books is housed in the Paskus-Danziger Rare Book Room of the Lillian Goldman Library at the Yale Law School. The collection is particularly strong in Anglo-American common law materials, including case reports, digests, statutes, trials, treatises, and popular works on the law. Other strengths include Roman and canon law, international law (especially the works of Hugo Grotius and Samuel Pufendorf), and early law books from most European countries. Of special interest ...

The Contested History of American Freedom No idea is more fundamental to Americans' sense of ourselves as individuals and as a nation than freedom. The central term in our political vocabulary, freedom—or liberty, with which it is almost always used interchangeably—is deeply embedded in the record of our history and the language of everyday life. The Declaration of Independence lists liberty among mankind's inalienable rights; the Constitution announces securing liberty's blessings as its purpose. Freedom has often been invoked to mobilize support for war: the United States fought the Civil War to bring about "a new birth of freedom," World War II for the "Four Freedoms," the Cold War to defend the "Free World." The recently concluded war in Iraq was given the title "Operation Iraqi Freedom."