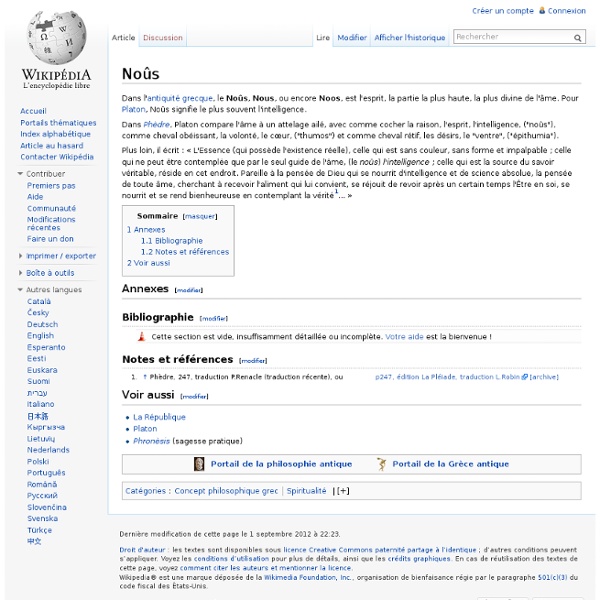 Philosophy | Daniel Smith I believe that people are mostly at different levels of awareness or consciousness in their lives and that we look at life through our own set of glasses. Most of us are functioning based on ideas and theories that have been passed on from generation to generation and so we are seeing the world through our ideas and not necessarily looking at reality. As a species we have advanced tremendously in technology and commerce, but one thing we have neglected to advance in is consciousness, the ability to be awake in the world. Today’s society has become extremely efficient at doing things with little or no awareness, we just run on auto pilot. What is consciousness? For thousands of years this question has agonized some of the world’s greatest minds—entire generations of mystics, philosophers, and scientists laying awake at night, staring into the abyss of their subjective space. Consciousness is, in fact, fundamentally woven into the universe itself.

Noos This article is about a philosophical term. For the philosophy journal, see Noûs. In philosophy, common English translations include "understanding" and "mind"; or sometimes "thought" or "reason" (in the sense of that which reasons, not the activity of reasoning).[2][3] It is also often described as something equivalent to perception except that it works within the mind ("the mind's eye").[4] It has been suggested that the basic meaning is something like "awareness".[5] In colloquial British English, nous also denotes "good sense", which is close to one everyday meaning it had in Ancient Greece. This diagram shows the medieval understanding of spheres of the cosmos, derived from Aristotle, and as per the standard explanation by Ptolemy. It came to be understood that at least the outermost sphere (marked "Primũ Mobile") has its own intellect, intelligence or nous - a cosmic equivalent to the human mind. Pre-Socratic usage[edit] The first use of the word nous in the Iliad. Xenophon[edit]

Noetic theory In philosophy, noetics is a branch of metaphysical philosophy concerned with the study of mind and intellect. Noetic topics include the doctrine of the agent/patient intellect (Aristotle, Averroes)[1] and the doctrine of the Divine Intellect (Plotinus).[2] Contemporary use[edit] More recently[when?] The Institute of Noetic Sciences proposes noetic sciences as "how beliefs, thoughts, and intentions affect the physical world See also[edit] Traditional philosophy Consciousness studies Noesis Alternative philosophy and parapsychology References[edit] Further reading[edit] Davidson, H.A., Alfarabi, Avicenna, and Averroes, on Intellect. External links[edit] The dictionary definition of noetic at Wiktionary

William James Be not afraid of life. Believe that life is worth living, and your belief will help create the fact. William James (11 January 1842 – 26 August 1910) was a pioneering American psychologist and philosopher. He developed the philosophical perspective known as radical empiricism, and wrote influential books on the science of psychology, the psychology of religious experience and mysticism, and the philosophy of pragmatism. Quotes[edit] We are all ready to be savage in somecause. Pluralism lets things really exist in the each-form or distributively. 1880s[edit] Freedom is only necessity understood." 1890s[edit] We are all ready to be savage in some cause. 1900s[edit] Instinct leads, intelligence does but follow.William James (1902) listed in: The William James Reader Vol I (2007). p.264A difference which makes no difference is no difference at all.William James, listed in: William James: the Essential Writings, edited by Bruce W. 1910s[edit] The Sentiment of Rationality (1882)[edit]

Noocracy Noocracy (/noʊˈɒkrəsi/ or /ˈnoʊ.əkrəsi/), or "aristocracy of the wise", as defined by Plato, is a social and political system that is "based on the priority of human mind", according to Vladimir Vernadsky.[citation needed] It was also further developed in the writings of Pierre Teilhard de Chardin.[citation needed] Etymology[edit] Development[edit] One of the first attempts to implement such a political system was perhaps Pythagoras' "city of the wise" that he planned to build in Italy together with his followers, the order of "mathematikoi." As defined by Plato, Noocracy is considered to be the future political system for the entire human race, replacing Democracy ("the authority of the crowd") and other forms of government. Publications[edit] In the European Commission Community Research publication, Art & Scientific Research are Free: Towards a Culture of Life, it states several commentaries by Hans Jonas and especially Ladislav Kovác about Noocracy.[1] See also[edit] References[edit]

5 Brainwashing Tricks That Work No Matter How Smart You Are #2. Everyone Has the Same Moral Code, They Just Use It Differently Win McNamee/Getty Images News/Getty Images Question: Do you consider yourself morally superior to the people who used to burn witches (and in fact, still do)? Johann Jakob Wick"Well done, not medium. But what if, in some surprising turn of events, it turned out that witches were not only real, but that everything said about them was true*? This, then, is where you realize that you're not necessarily more tolerant than the witch hunters -- you just don't share their belief in witches. *The above example was stolen wholesale from C.S. Now look at pretty much every single political debate. Now, in order to preserve the good vs. evil narrative, here is where we say that the other side is simply lying about what they believe. Chip Somodevilla/Getty Images News/Getty Images "You don't care about babies; you hate women!" IPGGutenbergUKLtd/iStock/Getty Images And you made a brave choice going out dressed like that. #1.

Nootropic Nootropics (/noʊ.əˈtrɒpɨks/ noh-ə-TROP-iks), also referred to as smart drugs, memory enhancers, neuro enhancers, cognitive enhancers, and intelligence enhancers, are drugs, supplements, nutraceuticals, and functional foods that improve one or more aspects of mental function, such as working memory, motivation, and attention.[1][2] The word nootropic was coined in 1972 by the Romanian Dr. Corneliu E. Giurgea,[3][4] derived from the Greek words νους nous, or "mind", and τρέπειν trepein meaning to bend or turn.[5] Availability and prevalence[edit] At present, there are only a few drugs which have been shown to improve some aspect of cognition in medical reviews. These drugs are purportedly used primarily to treat cognitive or motor function difficulties attributable to such disorders as Alzheimer's disease, Parkinson's disease, Huntington's disease and ADHD. Academic use[edit] Several factors positively and negatively influence the use of drugs to increase cognitive performance. Drugs[edit]

Noology Noology or Noölogy derives from the Greek words νοῦς, nous or "mind" and λόγος, logos. Noology thus outlines a systematic study and organization of everything dealing with knowing and knowledge. It is also used to describe the science of intellectual phenomena. In the Critique of Pure Reason, Immanuel Kant uses "noology" synonymously with rationalism, distinguishing it from empiricism: Spanish philosopher Xavier Zubiri developed his own notion of noology.[3] See also[edit] Notes and references[edit] External links[edit]